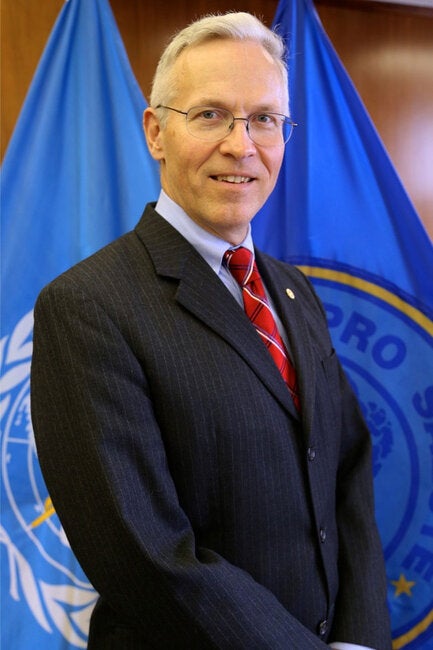 The Director of Administration serves as a member of the Organization's Executive Management and is comprised of five areas: Financial Resource and Management, General Services Operations, Human Resources Management, Information Technology Services, and Procurement Services. In addition, the office oversees the units of Administrative Operations Specialist and Strategic Initiatives and Innovation.

Prior to joining PAHO, Mr. Anderson served as Secretary for Administration and Finance at the Organization of American States (OAS) in Washington, D.C. Before that, he served as the Principal Deputy Assistant Secretary of State, Department of State, Washington, D.C., where he also held the positions of Director, Office of Peacekeeping, Sanctions, and Counter-terrorism, and Deputy Assistant Secretary of State at the Bureau of International Organization Affairs.