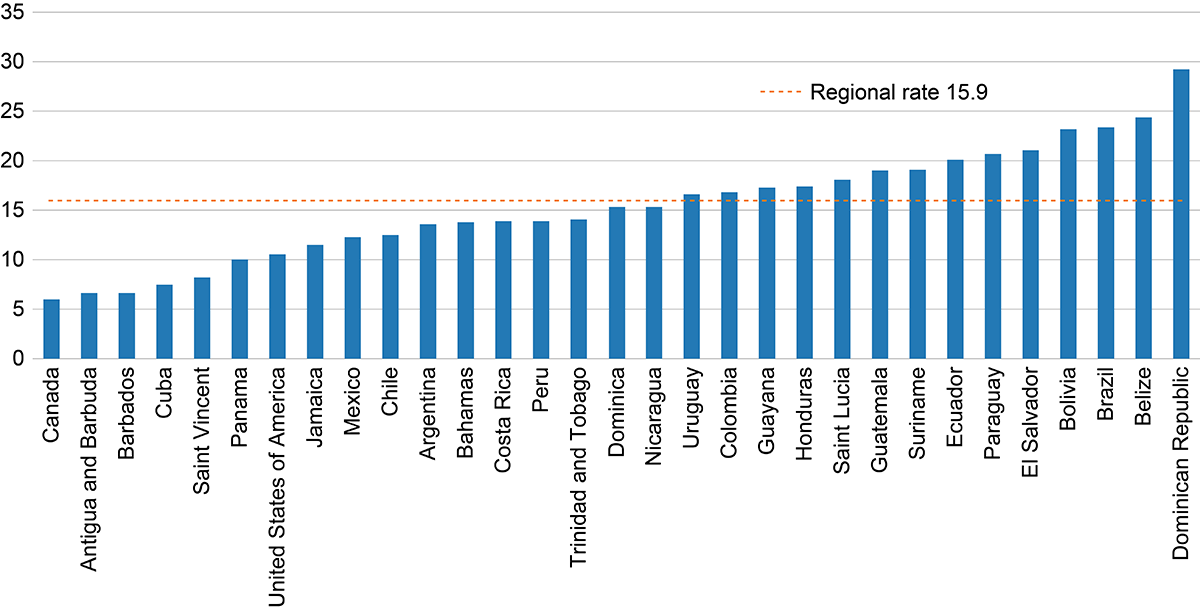 Figure 2. Proportion of reported road traffic deaths, by type of road user and subregion, Region of the Americas, 2013 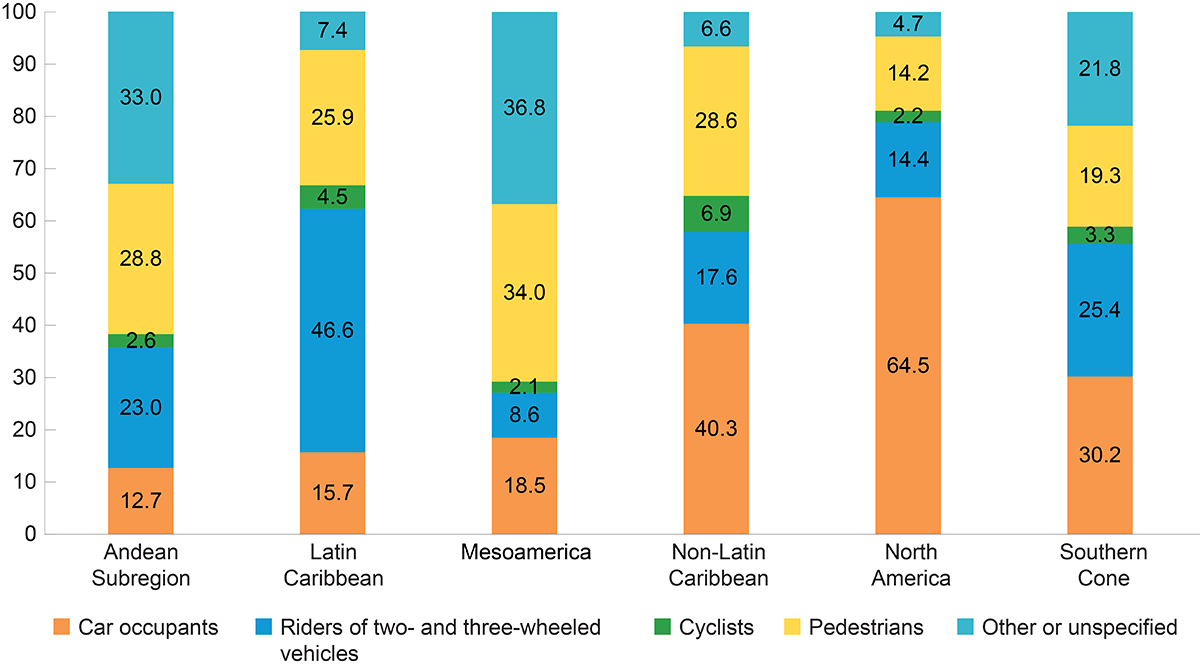 The Region is experiencing a rise in motorization, with a vehicle ownership rate of 502.5 per 1,000 population in 2013, an increase since 2010 (460.08 per 1,000 population). The highest rates were found among high-income countries, led by the United States (828.1) and Canada (635.7), with the lowest rates in Saint Lucia (8.6) and Guyana (19.6). The type of vehicle owned also varies among subregions. North America (Canada and the United States of America) comprises more than half of the total number of registered four-wheeled cars in the Region; 93% of the North American fleet is four-wheeled cars. In the Latin Caribbean and Andean subregions, motorized two- and three-wheeled vehicles account for 49% and 46% of the vehicle fleet, respectively.

The implementation and enforcement of road safety legislation have been proven to be effective in reducing road traffic casualties. Some countries have national legislation covering risk factors (excessive speed and drunk driving) as well as protective measures (use of motorcycle helmets, seatbelts, and child restraints). The following current regulations deal with risk factors: six countries meet the criteria for best practices related to drunk driving (blood alcohol concentration limit ≤0.05 g/dl for general population and ≤0.02 g/dl for young/novice drivers) and five countries in the Region meet legislative criteria for best practices regarding vehicle speed management, with a national urban speed limit of 50 km/h, with local authorities allowed to reduce this limit. Legislation regarding protective measures shows that seven countries meet the criteria for helmet use (having helmet laws that meet best practices and applying helmet standards); 19 countries meet the criteria for seatbelt use laws that apply to both front and rear seat passengers and are in effect at all times; and 13 countries have child-restraint legislation that meets best practices. These laws restrict children under a certain age from sitting in the front seat, based on age, weight, and/or height.

As motorization increases in the Region, walking and cycling have become less common and more dangerous. The traffic mix in many countries causes pedestrians and cyclists to share the road with high-speed vehicles, forcing them to negotiate dangerous situations and fast-moving traffic. In the Region, 16 countries have policies in place that promote walking or cycling. Furthermore, 12 countries in the Region have enacted policies to promote development of separate lanes for vulnerable road users.

In response to the current toll of road traffic deaths in the Americas, PAHO is coordinating Regional efforts to reduce the burden of road traffic injuries through a range of multisectoral collaborations and initiatives. PAHO continues to provide technical support for the development of national plans, legislation improvements, publications, and monitoring and evaluation. For more information, please visit the PAHO website on road safety.