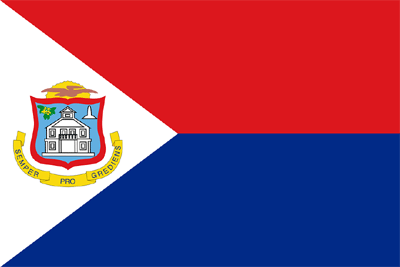 Sint Maarten became a constituent country on October 10, 2010, after having been part of the Netherlands Antilles within the Kingdom of the Netherlands for over 50 years. Sint Maarten is situated in the northeastern Caribbean Sea, located at the northern end of the Leeward group of the Lesser Antilles. The northern land border is shared with Saint Martin, one of the French overseas collectivities in the Americas.

The proportion of the elderly population in Sint Maarten has been steadily increasing. In 2002, 5% of the population was 60 years or older, compared to 5.9% in 2007 and 11% in 2012. The age groups between 50 and 60 years old represented 22% of the population, with the older segment of that group projected to grow most. This demographic shift will be a major contributor in the rise of health care costs and will put added pressure on the limited financial and human resources in the health sector. Figure 1 shows Sint Maarten’s population structure, by age and sex, for 1992 and 2015.

Roughly 19% of the population belongs to a household consisting of a married couple with children, and 15% live in single-parent households. Within this latter category, single mothers with one or more children represent 13.18% of the population.

Sint Maarten is a small and open island economy, with tourism being the major driver of economic activity, which makes the country vulnerable to global economic developments. Sint Maarten’s economic growth decelerated between 2014 and 2015, when it experienced a weak GDP expansion paced at +0.4% in 2015. Growth in tourism, construction (from private investment), and yacht repair were responsible for the expansion. A reduction in government spending dampened the expansion (). Agricultural activity remains a minimal contributor to the economy, with only 10% of land suitable for domestic agricultural production. Over 90% of food products are imported. The economy is projected to grow less than 1.0% in 2016 and 2017, according to the International Monetary Fund ().

Table 1. Government budgetary distribution (in million US$), by sector and total, Sint Maarten, 2013–2014

There were 216 ambulance calls associated with violence such as wounds, cuts, stabbings, and gunshots in 2009, dropping by approximately 50%, to a total of 110, in 2010. Crime statistics reported by the St. Maarten Police Force for 2014 () pointed to a decrease in overall crime incidents, though cases of physical violence had risen. Between 2010 and 2014, there was a 46% reduction in the number of capital offenses, to 1,140. Homicides and attempted homicides rose from 7 homicides and 12 attempted homicides to 10 and 23, respectively, over the same period. Crimes against physical integrity increased from 402 in 2010 to 547 in 2014; sex offenses rose from 17 to 26; the number of other offenses declined 28% to 148 (see Table 2).

The main environmental issues are water and sanitation, water pollution, garbage collection, hospital waste management, and landfill management. Drinking water is obtained from seawater through reverse osmosis (desalination) and rainwater collection at home. Sewage coverage is scarce, with only a small portion of households in the country connected. Part of the problem is that the government fails to collect fees for sewerage connections, which would help cover the costs of sewerage management expenses and the costs of new connections.

Garbage collection, too, is insufficient, and does not meet the population’s needs. Landfill management is handled through a public–private partnership. In its 2015-2018 plan, the Ministry of Public Housing, Spatial Planning, Environment and Infrastructure acknowledges that there are structural challenges for improving service, as well as misconduct by businesses regarding the payment of the nominal fee for business waste collection ().

Sint Maarten’s health care system is privately managed, although the responsibility for securing quality health care and for developing legislation, guidelines, and policy falls under the auspice of the Ministry of Public Health, Social Development and Labor. The Ministry also plays a key role in protecting and promoting public health and in optimizing health care distribution, quality, and accessibility.

Complex care services are accessed outside of Sint Maarten, guaranteed through arrangements between the insurer, mainly Social & Health Insurances (SZV), and facilities in Aruba, Colombia, Cuba, Curaçao, the Dominican Republic, the United States of America, and Venezuela.

Given Sint Maarten’s current epidemiological-transition stage, communicable diseases remain a challenge among the population, while noncommunicable diseases (NCDs) continue to rise. According to the most recent census (2011), the leading NCDs were high blood pressure (10.7%), followed by diabetes mellitus (5.3%) and asthma (2.6%). In the 2011 census, diseases such as sickle cell anemia, cancer, and Alzheimer’s disease were included for the first time.

Table 3. Density of human resources and beds in health, by category, Sint Maarten, 2013

In 2014, 33 students started the Licensed Practical Nursing Course offered at the Sint Maarten Medical Center. The Center is certified to provide training and internships at various levels; it also offers certification for nursing assistants and professional nursing programs.

The integrity and completeness of Sint Maarten’s Health Information System (HIS) depends on the input of government agencies, health care providers, and health insurers. To date, health information continues to be generated and collected on paper, which hinders data consolidation and consequently hampers effective and timely decision-making. While there are some digital reports and surveillance bulletins, these are not tied to administrative and technical health data. The government is currently appraising various software and hardware programs in an effort to integrate health information among the many health-related institutions involved. As of this writing, data are collected independently and in isolation by each organization, insurer, health care provider, or government agency. For example, the Sint Maarten Medical Center began launching a new hospital information system in 2015, connecting wards within the hospital and allowing for staff to digitally make notes and view patient exam results and medical history (). The system does not cover external health information or surveillance by other institutions.

In 2014, the productive age group (20-64 years old) accounted for 66% of the population, followed by the 0-19-year-olds (27.9%), and 65-year-olds and older (6.1%). The percentage of the elderly population is increasing steadily, shifting the socioeconomic landscape and adding stress to the demand for health care services.

In 2012, Sint Maarten’s population included persons of 91 recognized nationalities, with 118 different countries of birth. Most immigrants come to Sint Maarten for employment opportunities. For example, many private businesses, such as hotels, restaurants, and resorts, are owned by immigrants. Certain specialist positions can only be filled by foreign workers with qualifying training and experience (). Immigrants also meet labor needs in areas such as construction, catering services, and cleaning ().

Monitoring the Health System’s Organization, Provision of care, and Performance

As of this writing, Sint Maarten’s health system operates through several insurance schemes, a fragmentation that hinders the country’s ability to provide health services with equity and efficiency.

Several ordinances regulate aspects of the insurance system, such as the compensation of medical expenses for low-income workers and the unemployed, the responsibilities of the Social Insurance Bank (SVB) in providing coverage for low-income employees, the medical coverage for civil servants, and the medical coverage for retired civil servants. The General Ordinance on Special Medical Expenses (AVBZ) deals with non-insurable risks, handicaps, and open-ended care. Sint Maarten also operates under several rules and regulations that were designed in the Netherland Antilles and reflect Dutch principles of social welfare; as of April 2010, the rules and regulations pertaining to social security were incorporated into Sint Maarten’s Ministry of Public Health, Social Development, and Labor. The Ministry of Public Health faces major challenges in guaranteeing universal access to health services, ensuring good governance, and fulfilling an effective steering role. It should be noted that the public health budget is 2% of GDP.

The country has a reference laboratory, Sint Maarten Laboratory Services (SLS), which provides laboratory services for ambulatory and hospitalized patients 24/7. The laboratory guidelines, protocols, and external quality controls follow those set by the Netherlands’ health system. SLS also functions as an environmental laboratory, providing the government with important testing and monitoring of water surface quality and the sewage treatment plant.

The Baby Clinic also caters to school-aged youth. To that end, it employs a youth health care physician, two registered nurses, and an administrative staff member. The Clinic also offers dental care coordinated by a dental and oral health promoter.

The SZV strives to contain costs through measures such as cost indexation, new agreements with international institutions for referrals abroad, and fraud reduction, in parallel with improved collections compliance efforts, to ensure the long-term sustainability of the health system. However, challenges remain in terms of access to treatment and the adequate use of diagnostic/medical equipment and information technology.

The infant mortality rate between 2010 and 2013 rose from 4 births per 1,000 live births to 12, an increase attributable to improved registration.

For the age group 0-14 years old, the 2011 population census reported that 89% had a positive opinion of their health, two-thirds of which reported having “very good” health and one-third reporting “good” health. The most common disease reported in this age group in the 2011 census was asthma or chronic bronchitis, affecting 4% of this group. This was followed by multiple disabilities (0.59%), sickle cell disease (0.28%), and diabetes (0.12%). According to the 2011 census, more than 94.6% of this age group reported having no disability ().

A study carried out in 2009 by students from Hanze University of Applied Sciences (Hanzehogeschool) in Groningen (the Netherlands) showed that among children 0–4 years old, at least one-third of the population studied was overweight, and among those, almost 45% were obese or severely overweight ().

In 2010, Hanze University of Applied Sciences conducted a study among 12-18-year-olds. Results showed that almost 40% of the children studied were overweight and some 54% were obese. The conclusion of the study was that secondary school students are at risk of becoming obese as a result of their nutritional behavior and lack of physical activity ().

Health of the Elderly

In regards to vaccine-preventable diseases, no cases of rubella or congenital rubella were notified in 2010-2013. In 2010, a single measles case was reported, notified by a cruise ship. In 2012, there was one confirmed case of tetanus reported in a 63-year-old male; he was flown to the Dominican Republic for treatment ().

The Ministry of Public Health uses a bus to deliver its outreach vaccination program. In May 2013, the Youth Health Care Section of the Collective Prevention Services introduced the pneumococcal vaccine; in September 2013, the human papilloma virus (HPV) vaccine was established for preadolescent girls 9-10 years old ().

Sint Maarten reported its first confirmed case of chikungunya on December 6, 2013; 8 cases were confirmed in the country that year.

There were no autochthonous malaria cases reported during in 2010–2013. However, there were two imported cases of malaria¾one from Nigeria in 2011, and one from India in 2012.

For the 2010 to 2013 period, no cholera cases were reported. Salmonellosis was the leading enteric disease reported, with 11 cases between 2010 and 2013. Two cases of shigellosis were reported ().

In 2013, 83.3% of adults diagnosed with HIV were being treated with antiretroviral drugs 12 months after diagnosis. There were no vertical transmissions from two HIV-infected mothers receiving antiretroviral therapy treatment.

General practitioners request HIV tests, which are then analyzed at Sint Maarten Laboratory Services. There is some duplication of laboratory testing, which is a matter of concern within the HIV surveillance system.

In 2014, the government launched the National Mental Health Plan 2014–2018. The Ministry of Public Health, Social Development, and Labor subsidizes the Mental Health Foundation (MHF), which is the sole provider for community-based mental health services on the island. Social insurance covers 80% of the population, providing total coverage for psychotropic medications. The other 20% is either not insured or has private insurance ().(). In 2012, diagnostic admissions were primarily for schizophrenia (45%) and mental and behavioral disorders due to psychoactive substance abuse (29%).

The outlook will depend on Sint Maarten’s capacity to address five core issues: 1. reducing the burden of communicable diseases, such as by improving early detection and control of communicable diseases; 2. reducing the burden of noncommunicable diseases, by improving early detection and promoting healthy lifestyles; 3. promoting health at crucial stages of life, and tackling social determinants of health; 4. strengthening governance and health system development; and 5. improving emergency and disaster preparedness, surveillance, and response. Also, Sint Maarten authorities must work to promote and coordinate health development through strategic alliances and networks.