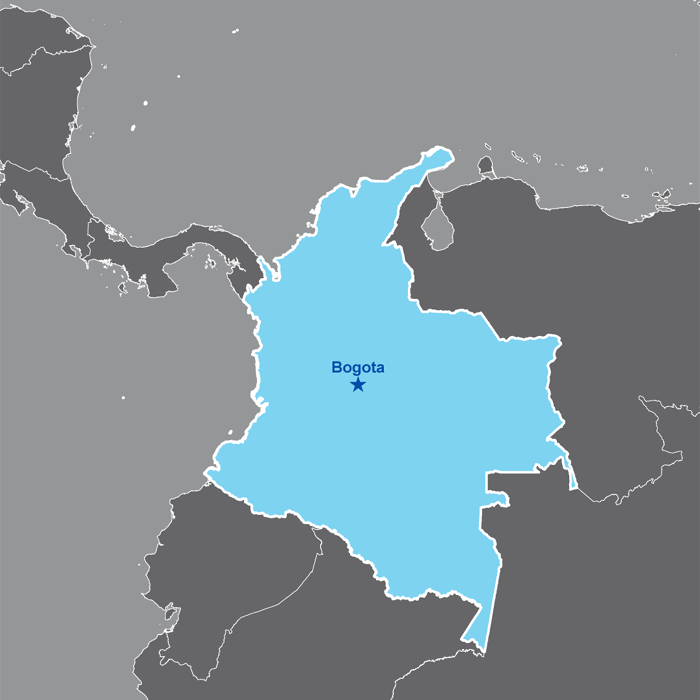 Colombia is located in the northwest of South America, and borders Brazil, Ecuador, Panama, Peru, and Venezuela. It is divided into 32 departments, a capital district, 1,121 municipalities, and indigenous territories.

Life expectancy at birth is 74.4 years.

Proportional mortality (% of all deaths, all ages, both sexes), 2013 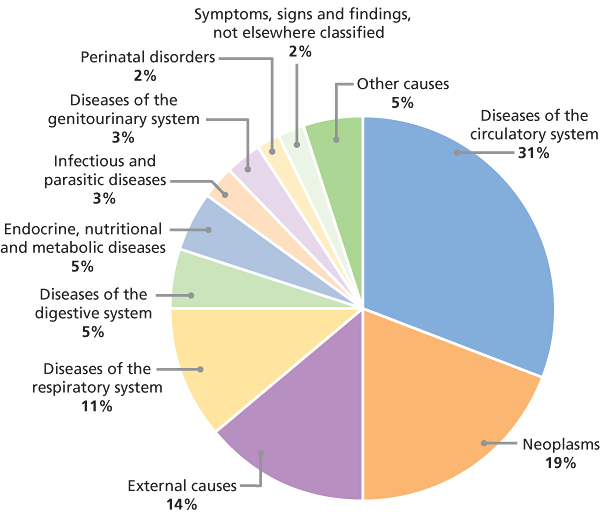