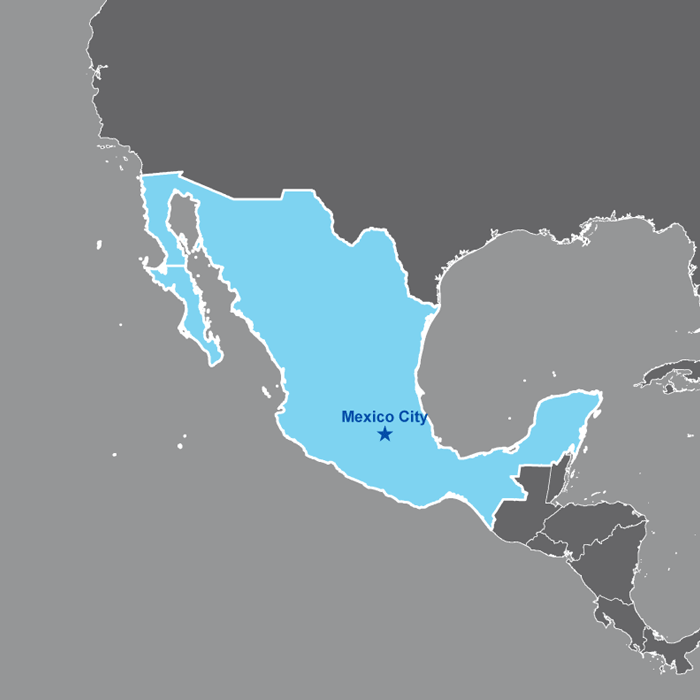 Mexico is a democratic and representative republic located in southern North America. It borders the United States, Guatemala, and Belize. It has 32 autonomous states and 2,456 municipalities. In 2016, the population was 119.5 million, 77.8% of whom were living in urban areas.

Basic health and development indicators improved systematically between 1990 and 2015, with a Human Development Index score of 0.756 in 2013.

With a nominal gross domestic product (GDP) of 17.39 trillion Mexican pesos in 2015, the country’s economy is one of the 20 largest in the world. The service sector represents around 62.0% of GDP. 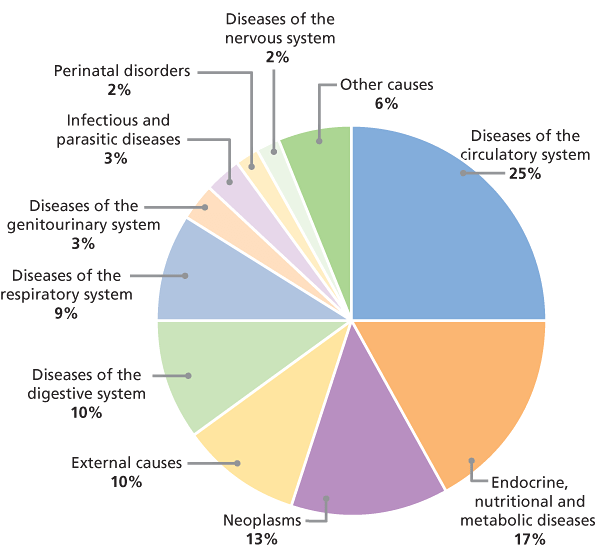