Argentina has been officially certified by WHO as malaria-free. How did the country achieve this milestone? What were the key elements to success?

After the Global Malaria Eradication Programme ended in the 1960s, Argentina continued on its own course to eliminate malaria from within its borders. It did this through a targeted effort based in the north of Argentina, where the malaria burden was highest (provinces of Salta, Jujuy and Misiones). Malaria efforts focused mainly on controlling mosquito breeding sites, spraying houses with insecticides, conducting active surveillance, diagnosing malaria through microscopy, and conducting case investigations to understand where infections were occurring.

Additionally, beginning in the late 1990s, Argentina and Bolivia entered into several agreements to work together on cross-border health issues, including malaria. Between 2000 and 2011, Argentina worked closely with the Bolivian Government to spray more than 22 000 homes with insecticides and take more than 25 000 blood samples in border areas to test for the presence of malaria parasites. During this period, the number of cases of malaria in Argentina fell from 440 to 0.

What systems did the country put in place to make this achievement possible? Now that Argentina is officially malaria-free, will these systems remain operational?

The government of Argentina recognized that although a vertical approach was critical to the successful elimination of malaria, maintaining zero cases would require a system that was sustainable. In recent years, the country has completely integrated its malaria programme into the national health care system; the most important change was the integration of malaria surveillance into the national surveillance system for febrile illness. All cases of fever are now entered into this national system, which allows for suspected malaria cases to be rapidly identified and tested.

Additionally, in two of Argentina’s northern provinces, where the risk of re-establishment of malaria is greatest, malaria prevention and treatment services have been integrated into an excellent primary health care system that engages a large cadre of paid community health workers. Through regular household visits, health workers help the population understand when they need to seek medical attention. They follow up on suspected malaria cases to ensure they are tested and treated. In some remote areas, community health workers are equipped with radios so that they can contact provincial health authorities for assistance to transport seriously ill patients to the nearest hospital.

Finally, Argentina has an excellent capacity to respond to disease outbreaks. For many years, health providers have been using this system to respond to outbreaks of cholera and dengue. By integrating malaria into this system, they will be able to quickly interrupt transmission should any outbreak of malaria occur.

How does Argentina stand to benefit from its new malaria-free status?

Argentina now joins the ranks of 37 other countries and overseas territories that have been certified malaria-free by the World Health Organization. The population of Argentina is now liberated from of an infection that caused illness, frequent relapses, serious disease and death. The national healthcare system will be able to focus its effort and attention on other diseases that currently pose threats to the population’s health, while maintaining vigilance to prevent the reintroduction of malaria. The country will also be able to promote itself to international businesses and tourists as malaria-free and gain economic benefits from removing an impediment to further business and social development.

Are there lessons learned from Argentina’s malaria-elimination effort that can be applied to other countries?

The extent of the cross-border collaboration and coordination between Argentina and Bolivia is almost unprecedented. Argentina benefited from the joint activities that were critical to shortening the timeline towards malaria elimination. Bolivia also benefited from this collaboration, reducing malaria along the border and many kilometers into the interior of the country.

According to WHO’s World malaria report 2018, there was a sharp spike in malaria cases in Venezuela between 2015 and 2017. What is the potential for malaria to spread from Venezuela to Argentina?

Approximately half of the territory of Venezuela was certified malaria-free in 1960, before WHO began certifying only entire countries or overseas territories. The significant increase in cases since 2015 is the result of several factors, including an expansion of gold mining and a declining economic situation. As the economy worsens, there has been increased migration from Venezuela to other countries in the region, including Argentina.

Malaria-free countries such as Argentina and Paraguay facing the challenge of imported cases of malaria should intensify actions to prevent a reintroduction of the disease; to this end, they should ensure access to health services for migrants and conduct active malaria surveillance among populations at risk of the disease.

Argentina and Paraguay have both shown that they are fully capable of rapidly detecting imported cases of malaria and responding in a timely manner. Overall, the risk of a resurgence of malaria in both countries – although real – is low. 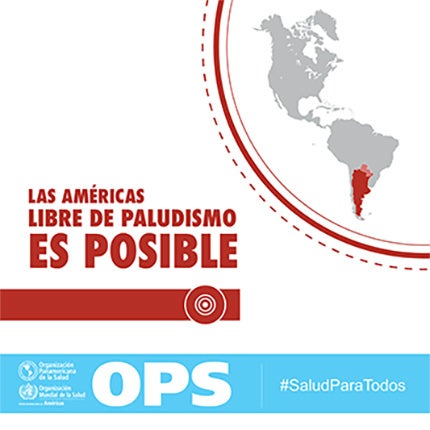 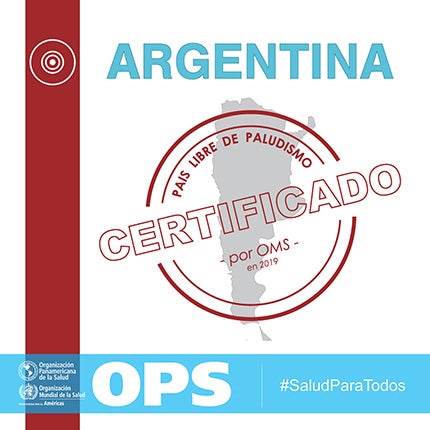 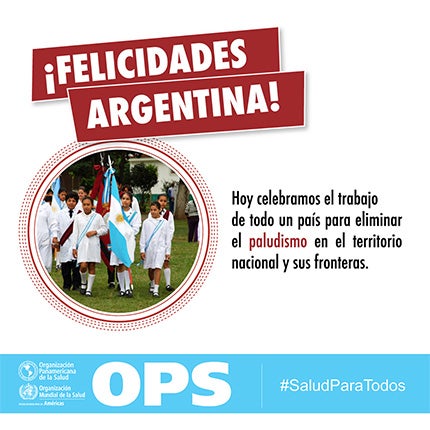