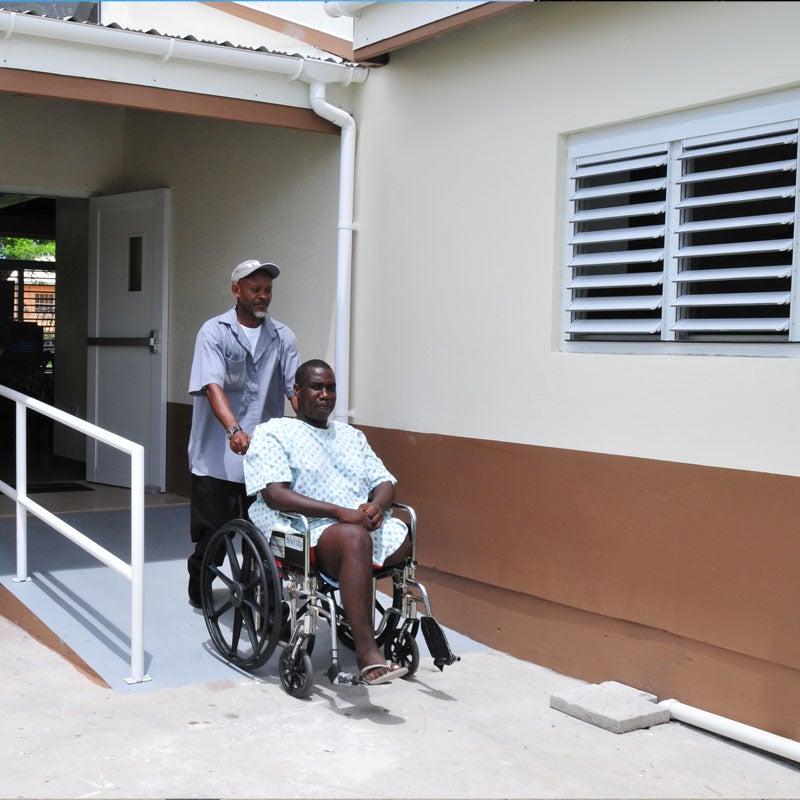 The Smart Hospital initiative builds on the Safe Hospital Initiative and focuses on improving hospitals resilience, strengthening structural and operational aspects and providing green technologies. Energy improvements include solar panels installations, electric storage batteries and low-consumption electrical systems, which, in addition to reducing energy consumption, reduce health sector carbon footprint in the environment and provide the hospital with energy autonomy, allowing it to continue running during emergencies and disasters.

Smart Hospitals have already shown their cost-effectiveness and resilience to disasters. In St. Vincent and the Grenadines, Georgetown Hospital (benefiting from the intervention of a Smart hospital) was the only one that remained functional after a severe storm affected 39 clinics and the reference hospital (Milton Cato Hospital). In addition, this hospital became a water supply center for the community after the storm, using rainwater reserves.

Although the Smart Hospital concept has not been implemented in Latin America, countries of the Region are aware of the Safe Hospital initiative, as well as the Hospital Safety Index, which is widely disseminated around the world.