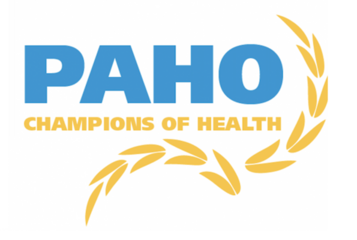 Heather Mills, born in England in 1968, is a former model who has campaigned for over 15 years to rid the world of landmines, the amputees and to protect animal rights

She was named a Champion of Health by the Pan American Health Organization (PAHO) for her support of the 2004 World Health Day - Global Road Safety campaign (see above).

Mills gave generously of her time and talent to support the "Road Safety is no Accident" campaign, appearing in public service announcements that urged drivers and pedestrians to use care to protect themselves and others. The campaign called for coordinated efforts at the global and regional levels to increase the use of seat belts and helmets and to reduce speeding and drunk driving.

Mills began her humanitarian career in the 1990s defending the rights of refugees from the former Yugoslavia. In 1993, she was struck by a London police motorcycle and had her left leg amputated.

"It was a sunny August day, on a London street," she recalled. "I was crossing the street carefully when a police motorcycle came along and chopped off my left leg, crushed my pelvis and punctured my lung. I flew one way, and my leg flew the other way."

Mills' mother also nearly lost a leg in a traffic accident years ago, and she later died of causes related to those injuries.

After the accident, Mills launched a program to recycle orthopedic prostheses and to provide medical assistance to amputees and victims of landmines throughout the world.

For PAHO's road safety campaign, Mills appeared in a PAHO-produced public service announcement in which she tells viewers: "I used to have great legs, until one human error took one of them away. Ninety percent of all car crashes worldwide are caused by human error. Drive and walk safely. You will protect yourself and those around you. Road safety is no accident."

The PSA has aired on television stations around the world. Mills says she was willing to recall the details of her accident and appear in the PSA without her prosthetic leg because she felt people would respond better to a personal story than to statistics.

Mills is currently advocating for amputees in Haiti as part of her efforts to promote the distribution and recycled of prostheses around the world. She also serves as vice-president of the Limbless Association and has received numerous awards and distinctions, among them an honorary doctorate from the Open University for her philanthropic work on behalf of amputees and the Human Security Award from the University of California Irvine. She has also served as a goodwill ambassador for the United Nations Association's Adopt-A-Minefield program. 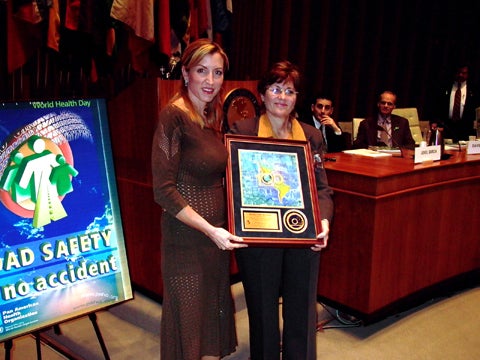 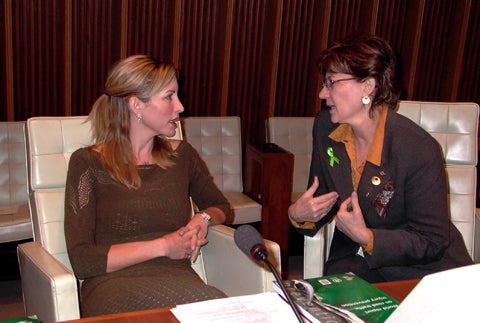