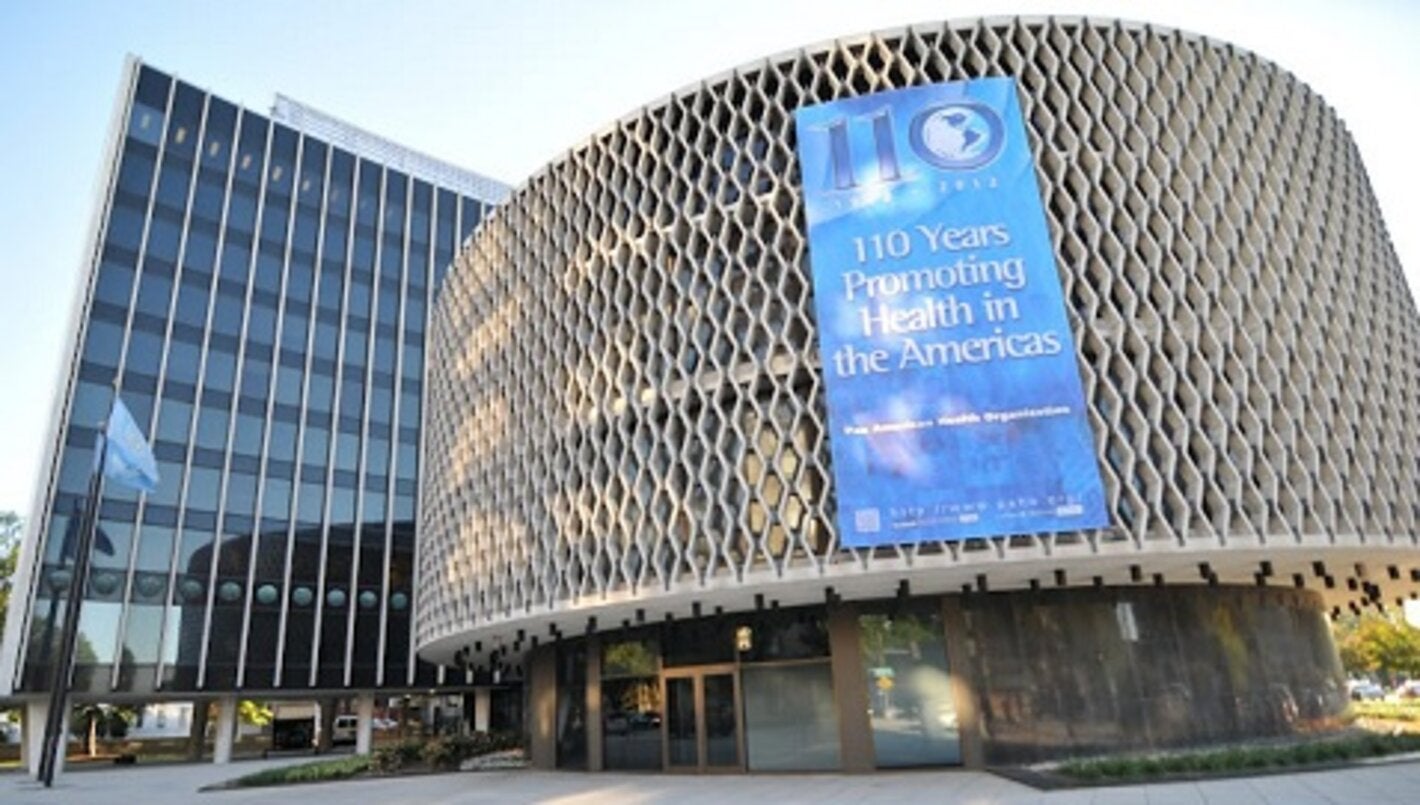 December 2, 2012, marks the 110th anniversary of the founding of what is today known as the Pan American Health Organization.

Washington, D.C., 02 December 2012 (PAHO)—During its 110 years, the Pan American Health Organization (PAHO) and its member countries in the Americas have achieved such major health milestones as the eradication of smallpox and polio and the elimination of endemic transmission of measles and rubella.

During the past century, life expectancy in the hemisphere has gained nearly three decades, infant and maternal mortality have declined significantly, water and sanitation services have expanded, and the gaps in health between rich and poor have narrowed. Pan American health cooperation has been an important contributor to this progress.

PAHO began life as the International Sanitary Bureau, created by the representatives of 11 countries who met at the First General International Sanitary Convention of the American Republics, on Dec. 2, 1902, at the Willard Hotel in Washington, D.C. By 1923, the organization was renamed the Pan American Sanitary Bureau, which remains the name of the PAHO secretariat in Washington today.The Bureau's early work focused on reporting about sanitary conditions in seaports, maritime quarantines, and the control of infectious diseases, particularly yellow fever and bubonic plague. Country quota payments to support the Bureau's work were collected by its sister organization, the Pan American Union, the precursor of today's Organization of American States.

Following the creation (on paper in 1946) of the World Health Organization (WHO), the Bureau in 1949 became WHO's Regional Office for the Americas, joining the United Nations system. In 1950, the Bureau signed a formal agreement with the Organization of American States to serve as the specialized health agency of the Inter-American System.

In 1958, the Bureau was renamed the Pan American Health Organization. During the following decade, PAHO served as lead agency in carrying out health projects as part of the 1960s Alliance for Progress. Together with the Inter-American Development Bank, the financial partner in the Inter-American System, PAHO helped develop a health investment policy that led to significant public health advances during the subsequent two decades.

During the 1970s and 1980s, PAHO and its Inter-American partners worked together to improve both standards of living and quality of life in the region's countries, in the context of growing international recognition of the links between social conditions, public health, and development.

Today, in the 21st century, PAHO continues to facilitate international health cooperation, not only among the countries of the Americas but also with countries from other developing and developed regions. Much as it did in the early 20th century, PAHO today contributes to the control of infectious diseases by coordinating member countries' compliance with the International Health Regulations, the global framework for international health security. PAHO also provides broad-ranging technical cooperation, in areas including pharmaceutical regulation, gender and health, mental and environmental health, integrated health care, and health planning and policymaking, among many others.

As it enters its second century, PAHO's core mission remains as it was enshrined in its constitution: to catalyze Pan American cooperation to combat disease, lengthen life, and promote the physical and mental heath of all people in the Western Hemisphere.