How Mexico eliminated trachoma, the leading preventable cause of blindness 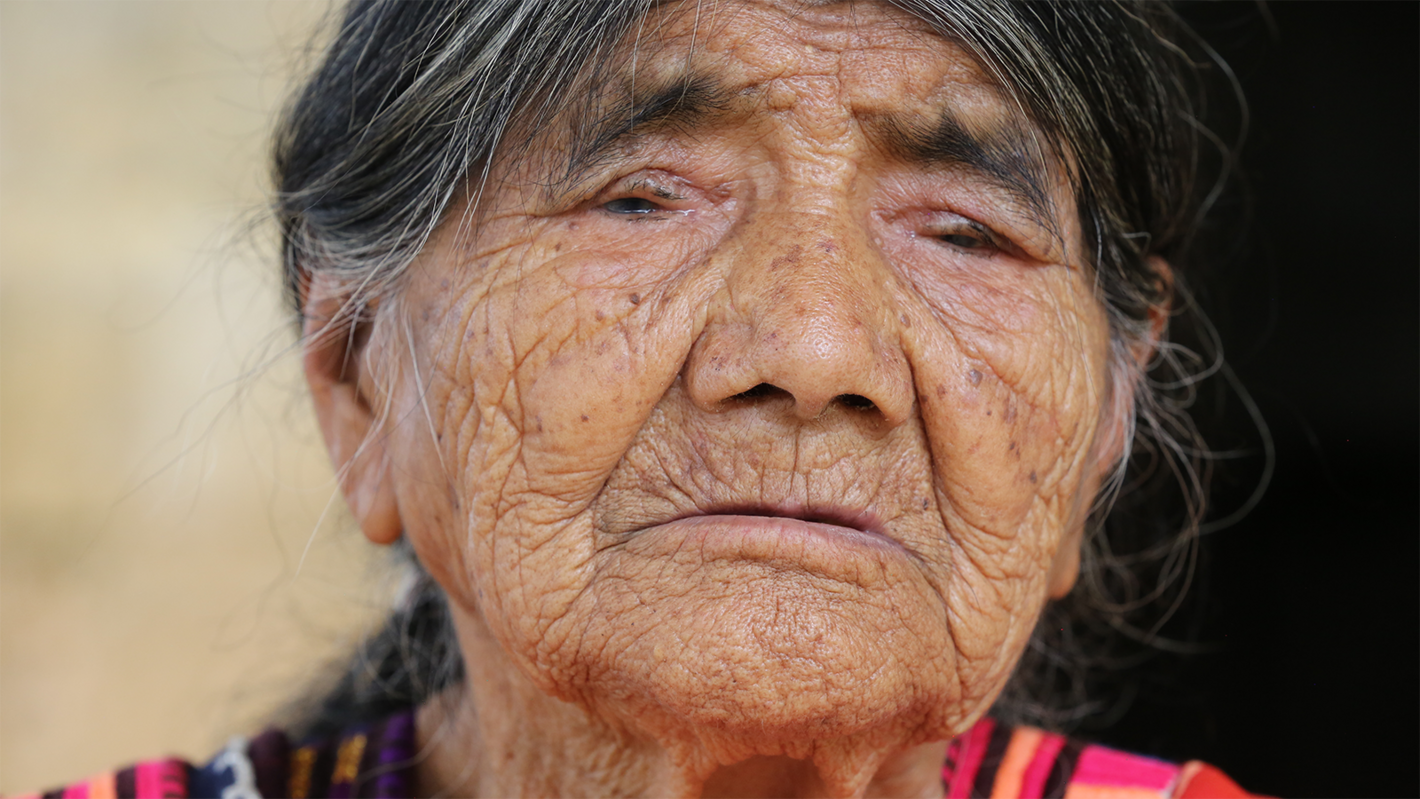 Washington, D.C., 25 April 2017 (PAHO/WHO) - For years,  Micaela Santis Gomez would use a hair clip to pull out her eyelashes. That was the only way she could stop the tearing and pain they caused as a result of trachoma, an infectious disease that makes the eyelashes grow inward and touch the cornea, which can eventually lead to blindness.

At age 92, Micaela can still see, she says, thanks to the Trachoma Brigades, a group of health professionals formed in 2004 by the Secretary of Health of the State of Chiapas, Mexico, to implement SAFE, the strategy recommended by the World Health Organization (WHO) to eliminate the disease.

"My husband died with chalam tzotz (trichiasis) because nobody ever cured him, and I would have died with it too if it weren't for the brigade that helped me get the operation", she says in Tzeltal, her native language. Micaela, of Oxchuc, is one of 320 people who benefited from eyelid surgery. Peeling an ear of corn, she notes that she feels no pain: "I am very grateful. Now I can enjoy my pozol."

Trachoma is one of the oldest contagious diseases known to humans. It is caused by bacteria that typically affect the poorest of the poor. It is transmitted by direct contact with ocular or nasal secretions of an infected person or with contaminated objects such as towels.

Because of their poor facial hygiene habits, children are more vulnerable to infection. Adriana Gómez Hernández, from the Tzaquiviljok community  in the municipality of Tenejapa, says her 5-year-old son, Fabian, had trachoma. "It was detected a few years ago. They left me the drugs and then came to see him several times until we learned that he no longer had trachoma," she says. Her other son, 2-year-old Yair, received treatment to prevent infection.

To fight trachoma, Mexico implemented the four interventions of the SAFE strategy: surgery for people at imminent risk of blindness; administration of antibiotics in affected communities to reduce infection in children and to stop transmission; promotion of improved personal hygiene, especially facial hygiene, to prevent community contagion; and improved environmental conditions, with increased access to drinking water and sanitation.

In Chiapas, trachoma was endemic in 246 communities in five municipalities and affected just over 146,000 people. But the brigades' field work, combined with national, state and community efforts with support from international partners, has succeeded in eliminating this disease.

Dey Carol González, coordinator of the Chiapas Trachoma Program, says the brigades have visited communities several times a year to conduct surveys, do eye examinations, identify cases, administer antibiotics, educate children about proper face and eye washing, and perform surgeries. "Thus, we reduced the number of cases that were presented at the beginning of the program" from 1794 in 2004 to zero in 2016, he says.

Using this approach, the country met the international criteria for elimination of trachoma as a public health problem, which are: Prevalence of less than 5 percent in children aged 1 to 9, and less than one case of trachomatous trichiasis (inverted eyelashes) per 1,000 inhabitants.

In 2012, Chiapas recorded 36 cases of infection in children ages 1 to 9 (prevalence less than 5%) and less than 1 case of trachomatous trichiasis (inverted eyelashes) per 1,000 inhabitants. With these numbers, Mexico met the international criteria for elimination of trachoma as a public health problem. Recently, after an extensive and rigorous process, the country received WHO validation for the achievement.

"Mexico has shown that it is possible to eliminate poverty-related diseases through an integrated approach and multisectoral actions", said Carissa F. Etienne, Director of the Pan American Health Organization (PAHO), WHO's Regional Office for the Americas. "It is not an easy road; it requires strategic and programmatic change, dedication and major political commitment in the medium and long term."

Today trachoma remains endemic in rural and extremely poor areas of 41 countries around the world, including Brazil, Guatemala and Colombia, where PAHO/WHO is helping to strengthen implementation of the SAFE strategy.. It has created a regional forum with experts from various organizations to provide recommendations and to advance toward the elimination of blindness caused by trachoma by 2022. A key partner is the Dana Center of Johns Hopkins University, which has helped train surgeons and health personnel to perform the surgeries.

Adriana, mother of Fabian and Yair, says she tries to keep her house clean, but the dirt floors and sheet metal walls make that  "difficult, because when it rains it is very muddy."  For her children's future, she wants just one thing, for them to "study and get ahead." Trachoma will no longer threaten that dream.