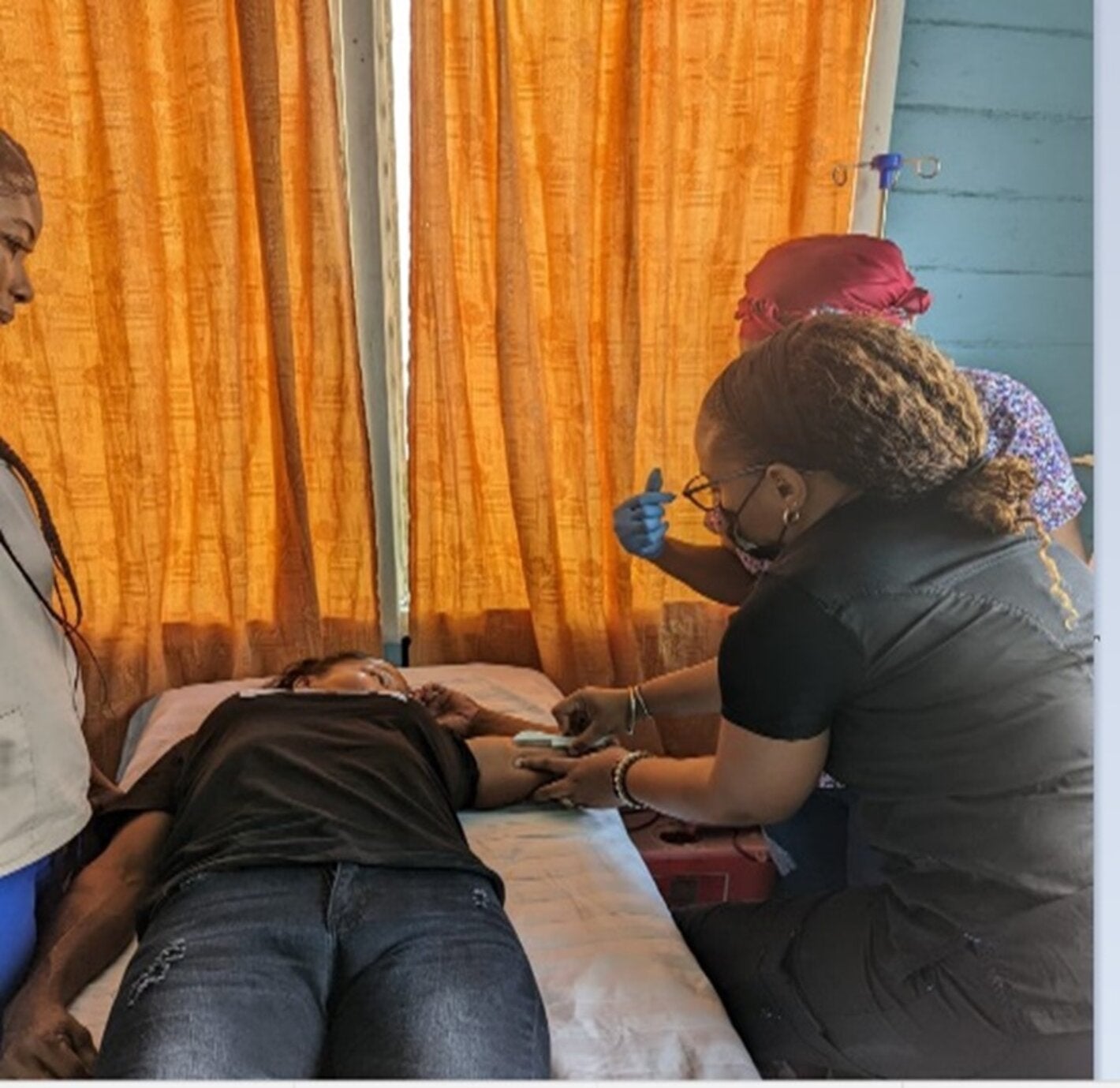 Guyana is moving forward towards the reduction of maternal deaths, through the initiative of Zero Maternal Death from Hemorrhage and Sexual and Reproductive Health Services, despite the challenges in the remote hinterland area

Imbamadai is one of the remote hinterland communities in the Cuyuni-Mazaruni Region 7, with 1,000 mainly indigenous people with heavy mining for gold and precious stones. This community is only accessible via small airplanes from the capital city of Georgetown. In addition to the indigenous population, there are also Venezuelan migrants from the border villages. This community has one medical outpost, staffed by a doctor and three community health workers.

PAHO/WHO collaborated with the Canadian Global Affairs Project and the medical professionals of the Women Health Department, Ministry of the Health to provide capacity-building training and several reproductive services to the women in the community of Imbamadai.

The team conducted a Monitoring and Evaluation exercise for Zero Maternal Death from Hemorrhage, which focused on the knowledge and practical aspects of using the Condom Tamponade and The Non-Pneumatic Anti-Shock Garment (NASG). This tool is critical in the Management of Post-Partum Hemorrhage. The Long-Acting Reversible Contraception includes subdermal implants and Intra-Uterine Devices for the vulnerable reproductive age group. Voluntary Counselling and Visual Inspection with Acetic Acid (VIA) services are also offered.

A total of fifty women of the reproductive age group 15- 45 years were engaged. Out of the fifty women seen, 22 women received subdermal implants, two removed their implants, and one woman received the intrauterine device. In addition, other sexual and reproductive services were provided. Thirty-one persons tested for HIV and Syphilis, four received PAP smears, and fourteen received VIA services.

A refresher training on the Zero Maternal Death from Hemorrhage, the Condom Tamponade, and The Non-Pneumatic Anti-Shock Garment (NASG) was conducted with three community health workers. The Imbamadai health Centre only has one NASG suit, which was not used since there were no case of Post-   Partum Haemorrhage. This practical session provided on-the-job training for the health workers, while techniques were acquired at the same time.

The community members of Imbamadai expressed gratitude for the provision of Sexual and reproductive services offered.  PAHO/WHO will continue to support the Ministry of Health, Guyana to improve sexual and reproductive and maternal health services, with the support of Latin American Centre of Perinatology, Women and Reproductive Health (CLAP/WR) in family planning and reduction of Maternal Mortality Rate.