On August 9, 2021, as populations reeled from the COVID-19 pandemic, global citizens paused to contemplate one of the most consequential documents – The IPCC’s Sixth Assessment Report on climate change. The results were in, and the evidence was glaring. It sounded the alarm on what was considered to be a looming fear and quickly accelerated the undeniable reality that climate change is an existential crisis, with severe implications for the Caribbean and its very survival. Secretary General of the United Nations, António Guterres declared the climate crisis facing the world “a code red for humanity.”

With global temperatures of 1.5°C and a projected increase to 2°C, climate change is exacerbating our exposure to extreme temperatures. Days that are hotter than the average seasonal temperature can cause increased levels of illness and death by compromising the body’s ability to regulate its temperature. The report underscored that the heat has become too hot for the Caribbean to handle. And yet, processing what that means for our region is almost unfathomable because the Caribbean is synonymous to ‘soaking up the sun, sand and sea.’ 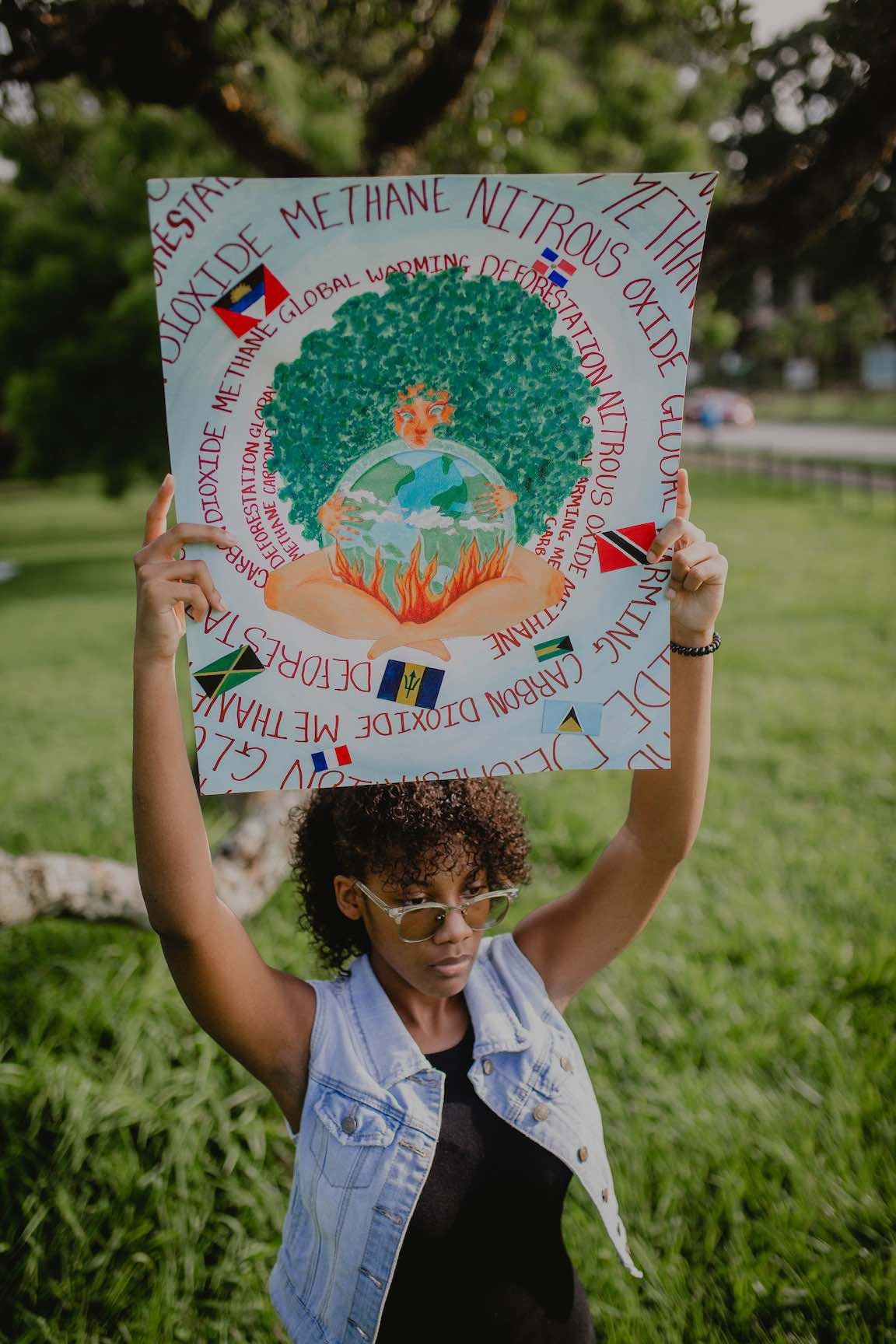 On an ordinary school day in countries across the Caribbean, the buzzer rings for recess and students race out of their classrooms onto unto the campus grounds to play after school games like basketball, cricket, and football. 15-year-old Priyanka Lalla, UNICEF Advocate from Trinidad and Tobago, vividly recalls playing a football match with her classmates when one of them suffered a heat stroke and fainted. “It hadn't even been an hour, but the heat was so excruciating” says Priyanka, “It's a prominent issue, especially for young people who like to be active and outdoors, because it infringes on our right to play and have fun”.

Adaptation is expected to be more challenging for health systems with an increase in global warming. Small islands and Least Developed Countries are projected to experience high multiple interrelated climate risks and limits to adaptive capacity even at global warming of 1.5°C. The long-term effect of exposure to higher temperatures can have deleterious and harmful effects on human health especially for vulnerable populations and people with underlying conditions such as high blood pressure.

Epidemiologist at the Epidemiology Unit of the Ministry of Health and Wellness in Belize, Antonio Hegar, noted that it makes them more susceptible to having a heat stroke or another type of cardiovascular event because it puts the body under more stress. “You're not even aware that your body is dehydrated and overheated until you literally just fall flat from heat stress, cramp or exhaustion.” He added, “even if you're a supposedly young and healthy person or live in an area accustomed to high temperatures, it's going to be getting so hot that even those people would not be able to stand it and live there anymore. That gives you an idea of just how serious the problem is.” 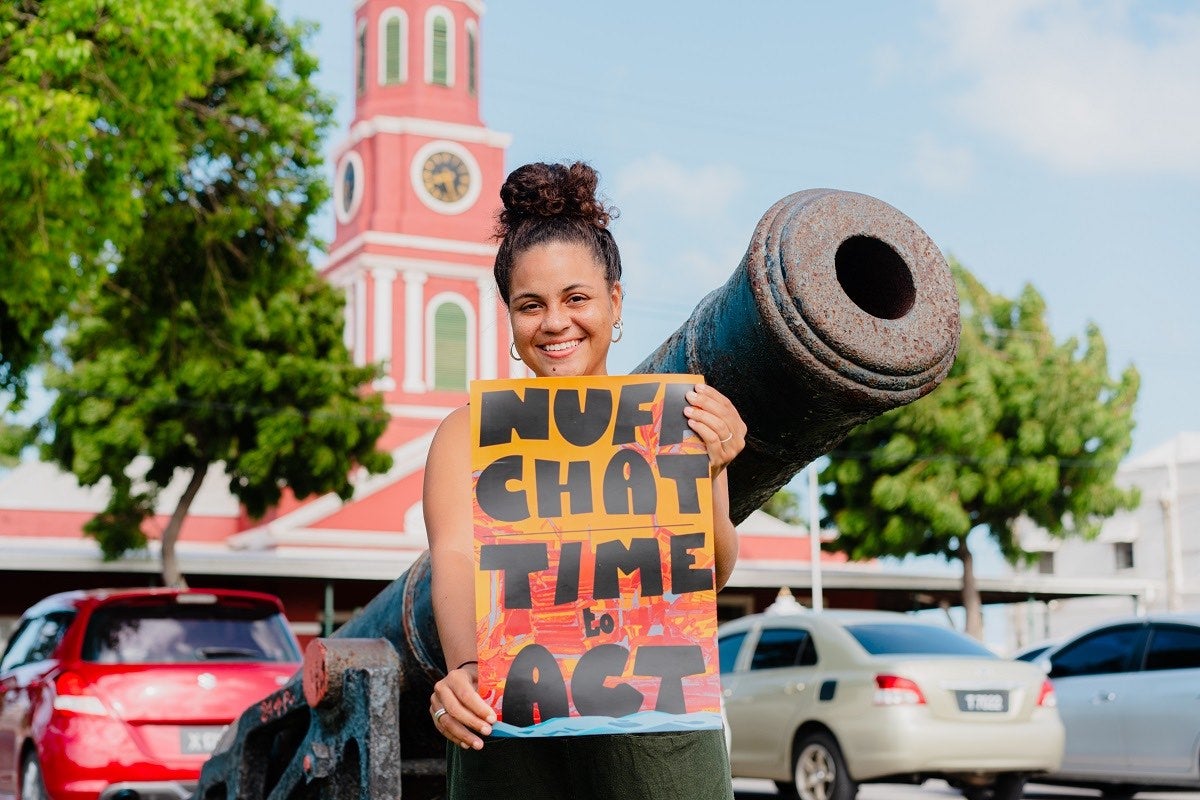 And while living in these beautiful Caribbean islands affords us the luxury of retreating to the waters to cool down and refresh on very hot days, the increased global warming is affecting one of our most defining appeal – the ocean. “On a day where it was so hot, I went for a swim on the beach and the water was hot!” says Charlotte Tom from Trinidad and Tobago, a student currently in Barbados completing a master’s in environmental management. “I have literally never experienced that in my life and it genuinely felt like a hot tub, to the point where I couldn't even swim for more than five minutes. I had to get out and I still can't get over it.”

For now, Caribbean citizens are forced to adopt various mechanisms to safeguard their health from these potentially life-threatening impacts of a warming climate and often opting for alternative cooling methods is necessary. “Coping with the heat is challenging for me. I just try to dress in such a way that I'm not retaining heat and to drink a lot of fluids. But the nights can be really intense and uncomfortable.” Those are the sentiments of a registered nurse and midwife, Paulette Palmer, who also works with research programmes at the University of the West Indies, Mona, Jamaica. 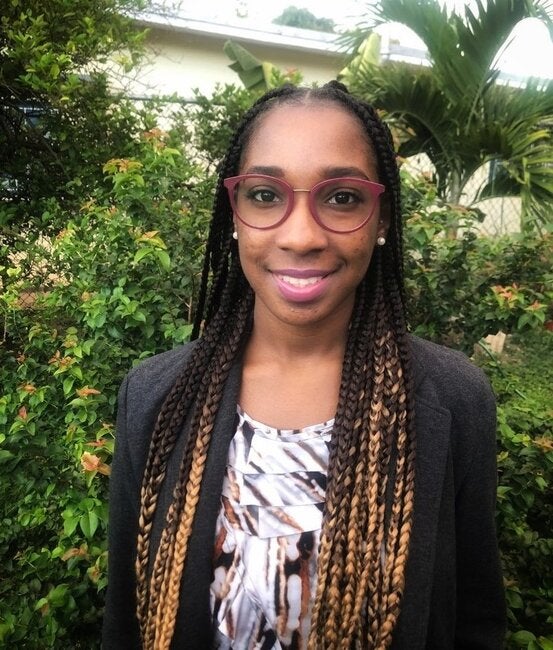 I also find myself resting more because the heat tends to make me a bit more tired and so I take more breaks and use the fan and the air conditioning a lot.”

According to WHO, climate change is expected to cause approximately 250,000 additional deaths per year between 2030 and 2050 which includes deaths resulting from heat stress. The direct damage costs from climate-related health consequences are estimated to be between USD 2-4 billion per year by 2030 which are further emphasized in the IPCC’s Sixth Assessment Report. The heat has simply become too hot for the Caribbean to handle. Initiatives that seek to prioritize action for climate change and health such as the European Union funded ‘Strengthening Climate Resilient Health Systems’ Project being implemented in CARIFORUM countries, are poised to deliver the resources our region’s health systems need to contribute to a reduction in mortality and morbidity from the expected health consequences of climate change.