A voice for hepatitis patients in Guatemala

Guatemala, July 2019 (PAHO/WHO) - When  Dr. Ana Patricia Vélez (62)  was diagnosed with hepatitis C more than 20 years ago, nucleic acid testing to diagnose the disease was not available in Guatemala and there was a major lack of awareness and painful stigma associated with its transmission. But Patricia, unlike many others, was able to send samples abroad to receive a diagnosis and three years ago she could purchase and get the treatment that finally cured her.

In 1997 when she was providing counseling on hepatitis, Patricia treated a man who changed her life. “It was like seeing someone who had received a death sentence. He had even prepared a will,” she recalls. She told him that she had also had hepatitis C and intended to live many more years, which gave the patient hope. At that time, she told herself that she had to do something, and the following week, she, her husband, and a few colleagues founded the Guatemalan Liver Association (AGH).

While living with hepatitis C, a virus that can cause liver failure (cirrhosis) and liver cancer, and is usually transmitted through the blood to blood contact, Patricia faced discrimination and ignorance, including from other health professionals. “I remember one time when I had taken a trip to Japan and some people said to me: ‘We know what you went there for,’ because they attributed hepatitis C to promiscuous behavior,” she said. However, this type of attitude never stopped her.

In 1999 we started to spread the word, and in 2011 we launched vaccination campaigns in conjunction with the Ministry of Health, with the support of PAHO/WHO; a year ago we began screening campaigns with private laboratories.

Finding the undiagnosed – those that never knew that had HCV

The Guatemalan Liver Association was founded in 1998 to improve the quality of life of people living with hepatitis B and C. Since then it has partnered with a number of public and private organizations to provide free hepatitis tests and treatment.

Hepatitis is a silent disease and many people find out that they have it too late.

“In 1999 we started to spread the word, and in 2011 we launched vaccination campaigns in conjunction with the Ministry of Health, with the support of PAHO/WHO; a year ago we began screening campaigns with private laboratories,” she said. According to Patricia, during World Hepatitis Day 2018, 23% of all screening tests reported for that day in the Region of the Americas were performed in Guatemala.

The AGH participates in a global campaign aimed at finding the millions of patients who still do not know that they have the disease. In 2003 Guatemala started to screen all blood donations, so there may be cases of people who contracted hepatitis without knowing it. “But once they have been identified, they can receive the required treatment and that’s where the country should make a lot of progress,” she said.

In Latin America and the Caribbean, less than 1% of diagnosed people are treated for hepatitis C due to its high cost.

“At the end of 2018 there were around 100 patients who received the proper treatment in Roosevelt Hospital, and this year approximately 40 more will be treated in San Juan de Dios (the country’s main public hospitals),” she said. “But this does not reach even one-sixth of blood donors who test positive for hepatitis C in a given year,” she explained. According to estimates, in Guatemala there are 88,000 people living with hepatitis C and nearly 220,000 with hepatitis B, but the vast majority are aware of their infection.

Furthermore, private treatment “is unaffordable for the vast majority of people,” Patricia laments. Anyone with hepatitis C who is not affiliated with social security or cannot get treatment in a public hospital would pay nearly US$15,000, or $30,000 if they have cirrhosis. Until recently, if the medication was generic, it costed 10,000 quetzals (about $1,300), which is less, but not everyone is able pay that much.

In Latin America and the Caribbean, less than 1% of diagnosed people are treated for hepatitis C due to its high cost. However, PAHO/WHO is working with the countries of the Region to expand access, and now, through its Strategic Fund, the organization’s applicable Member States can purchase generic antivirals at a more affordable price.

Hepatitis is a silent infection causing progressive liver disease. Most people find out that they have hepatitis when it is already too late. Only 14% of infected individuals in the region have been diagnosed. This is why Patricia is asking the Ministry to invest in disease prevention and health promotion programs so that people will know their risks, get tested and have access to curative treatment.

Dr. Patricia Vélez has become the leading authority on hepatitis in Guatemala.

Dr Velez is also advocating for hepatitis testing and treatment to be included in primary health care, to identify those infected before serious liver damage has occured in those infected – rather than waiting for referral to more specialized health care services. To this end, the Guatemala Liver Association, together with the Faculty of Medicine of the University of San Carlos, are training primary health care workers in the diagnosis, management, and prevention of liver disease, and promoting access to treatments for those in the early phase of liver disease: pre-liver cancer. The screening is rapid and the current treatment straight-forward.

Dr. Patricia Vélez has become the leading authority on hepatitis in Guatemala. She is a member of technical hepatitis working group formed by the Guatemalan Ministry of Public Health and Social Welfare to advance the national hepatitis approach strategy, and is an executive board member of the World Hepatitis Alliance, a patient forum giving a voice to those whom to date have been silently excluded. 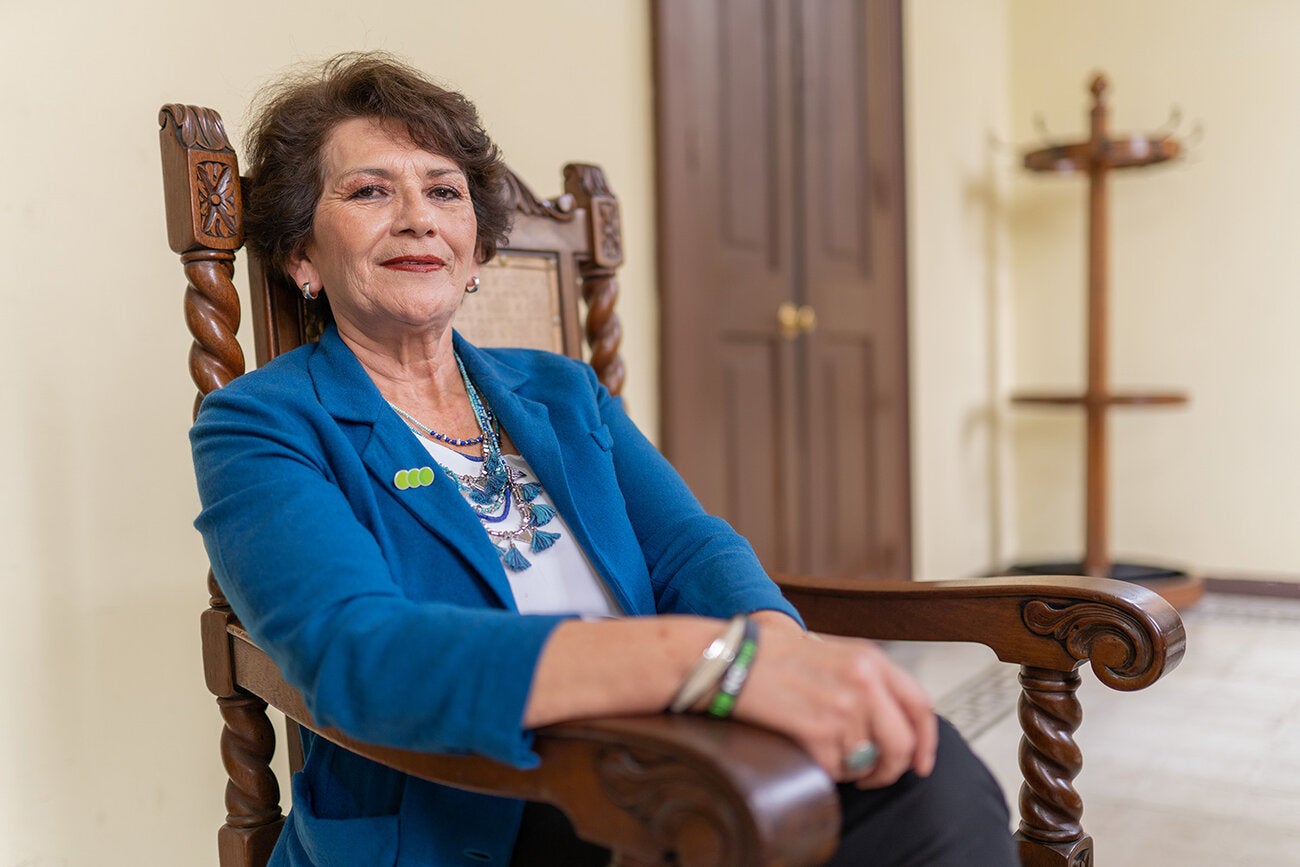