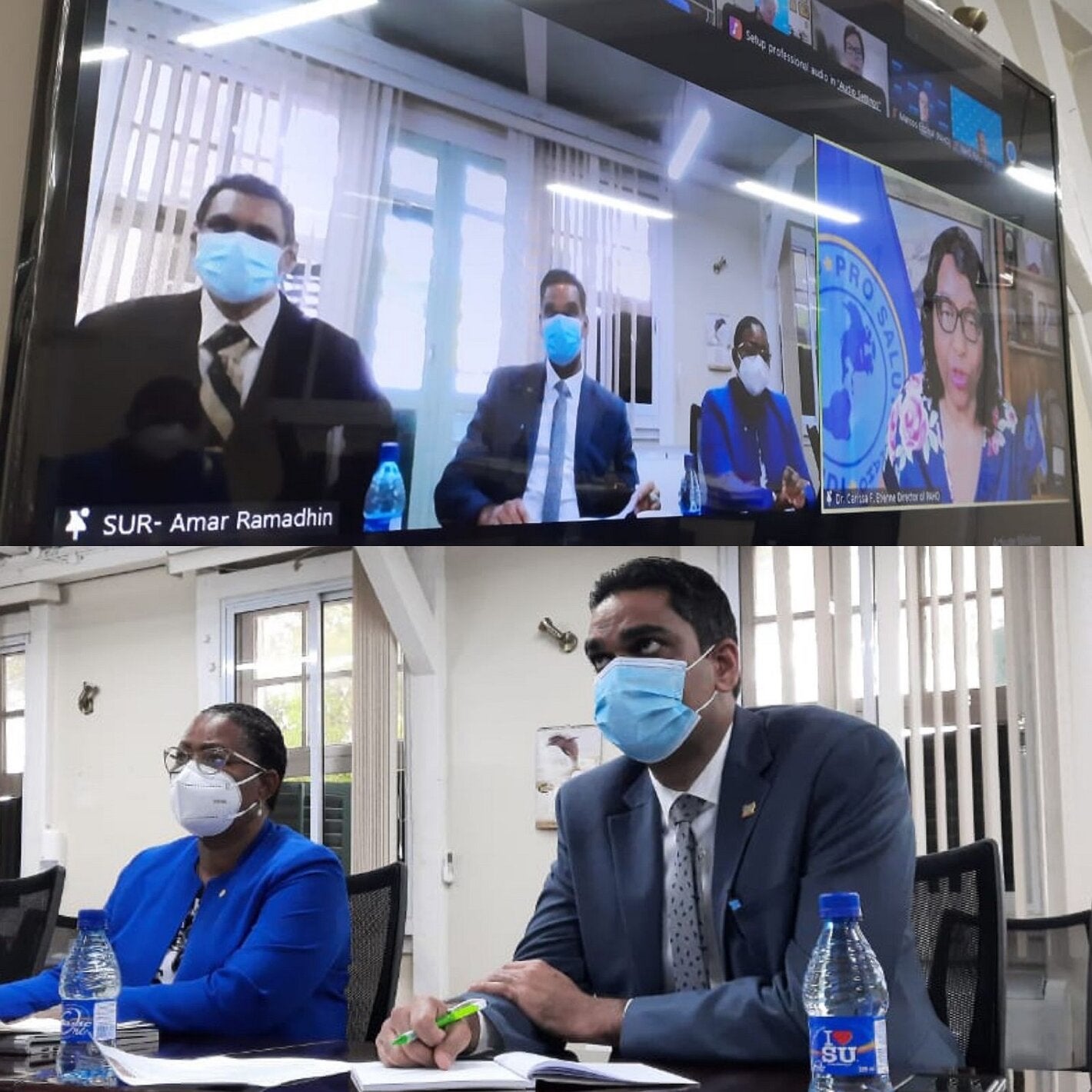 On Monday 4 and Tuesday 5 October, the Surinamese Minister of Health, Dr. Amar Ramadhin, attended a Two-Day Virtual Orientation Meeting organized by the headquarters of the Pan American Health Organization, based in Washington DC.

The PAHO/WHO Representative in Suriname, Dr. Karen Lewis-Bell, the Director of Public Health, Dr. Rakesh Gajadhar Sukul, Deputy Directors of Health, Dr. Ritesh Dhanpat, Ms. Tania Sanrochman and Ms. Diana Koswal also joined the Minister during the orientation sessions, that were held using the Zoom platform. Normally, the Minister and the Director of Health would visit the PAHO office in Washington DC to attend an in-person orientation, which is usually done for newly appointed Ministers of Health after they have been in office for at least one year. However, due to the COVID-19 travel restrictions, the decision was made to conduct the orientation virtually.

“PAHO is one of the main partners of the Ministry of Health. PAHO provides technical support to their member countries and helps in various ways in the form of projects to strengthen health care. Last week, I had a virtual orientation with the leadership of PAHO in Washington DC, in the presence of the PAHO/WHO Representative in Suriname, Dr. Karen Lewis-Bell. Agreements were made and a start is being made on the Country Cooperation Strategy”, said Minister Ramadhin after the virtual orientation concluded.

Dr. Lewis-Bell has stated that “It is important for new Ministers of Health to be oriented to how PAHO works as well as the background to, and mechanisms used to provide technical cooperation to the country. In this way, there is a clear understanding of the roles and responsibilities of PAHO and the Ministry of Health in working together to strengthen health systems and care in Suriname.” 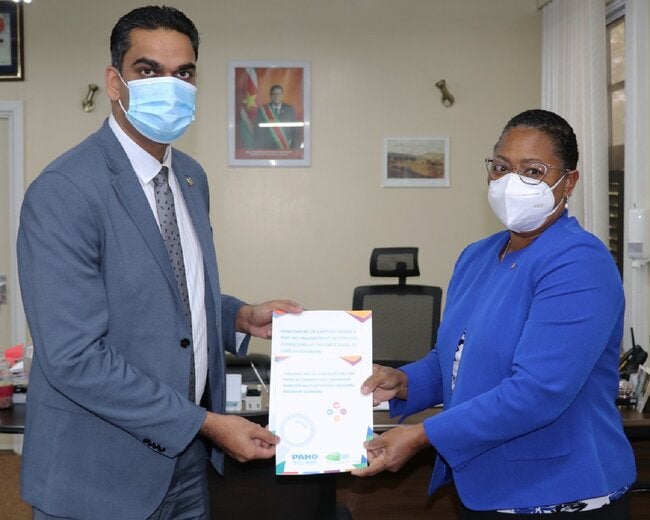 “Prevention is high on our priority list for reducing non-communicable diseases (NCDs) e.g. diabetes, hypertension etc. I received the advisory report on prevention of NCDs in primary care from Dr. Karen Lewis-Bell, the PAHO/WHO Representative. We will now move on to working on the advice given”, stated Minister Ramadhin.