Government officials, experts and other representatives of countries throughout the Americas agreed this week to step up action toward the regional elimination of human rabies transmitted by dogs. The commitment came during the 15th Meeting of Rabies Program Directors of the Americas (REDIPRA 15), in the lead-up to World Rabies Day, which takes place each year on September 28.

Brasilia, 17 September 2015 (PAHO/WHO-PANAFTOSA) — Government officials, experts and other representatives of countries throughout the Americas agreed this week to step up action toward the regional elimination of human rabies transmitted by dogs. The commitment came during the 15th Meeting of Rabies Program Directors of the Americas (REDIPRA 15), in the lead-up to World Rabies Day, which takes place each year on September 28. 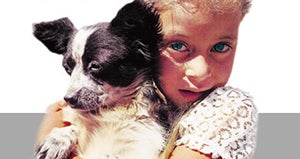 The number of cases of human rabies in the Americas has declined more than 95% since 1980. However, some countries continue to report cases. Between early 2014 and June 2015, 13 cases of human rabies were reported in Bolivia, Haiti, Guatemala, Brazil, and the Dominican Republic. During the same period, cases of canine rabies were reported in some areas that had never before reported cases and in other areas that had been declared disease-free.

"The Region of the Americas has made great advances in rabies control, so we must not lower our guard and allow the reintroduction of a completely preventable disease," said Ottorino Cosivi, director of the Pan American Foot-and-Mouth Disease Center (PANAFTOSA) at the close of the meeting.

Rabies is caused by a virus transmitted to humans through bites or deep scratches from infected animals, mainly dogs and wild animals such as bats. There are safe and effective vaccines to prevent rabies in animals, as well as human vaccines that can be administered both before and after suspected exposure. Immediate wound cleansing and vaccination as soon as possible after contact with a presumably rabid animal in most cases prevents the appearance of the disease and death. High canine vaccination coverage rates have reduced the frequency of rabies cases in dogs. Some countries of the Region have achieved elimination of the disease.

In June, PAHO/WHO issued an epidemiological alert recommending that member countries step up their efforts to prevent and control rabies. Measures include immunization of dogs, health promotion, ensuring availability of post-exposure prophylaxis (WHO-prequalified vaccines and rabies immunoglobulin) to respond to suspected cases, and providing guidance for health professionals in WHO-recommended procedures for administering these prophylactics.

PANAFTOSA Director Cosivi warned that rabies elimination had become "a victim of its own success," because the impressive reductions in rabies cases in dogs and humans had resulting in a lack of attention to the disease, which is no longer considered to be a major problem.

The directors of 25 national rabies programs participated in REDIPRA 15 and agreed to carry out collaborative efforts across countries in the Region with a view to ending human cases of rabies transmitted by dogs throughout the hemisphere.

The agreement echoed this year's slogan for World Rabies Day, "End Rabies Together." World Rabies Day has been observed since 2007 in more than 150 countries to raise awareness of the disease.

"Human rabies prevention should be a joint effort," said Cosivi, emphasizing that "it is urgent for governments, NGOs, national and international organizations, civil society, and the general population to work together to eliminate the disease."

Globally, more than 50,000 cases of human rabies are transmitted by dogs every year, mainly in Asia and Africa.

During REDIPRA, PANAFTOSA-PAHO/WHO and its partners in the Pan American World Rabies Day Initiative launched a photography contest on rabies, which will honor images that best illustrate the struggle against this disease in the Americas.