Rabies is a zoonosis (disease transmitted to humans by animals) caused by a virus that affects domestic and wild animals, and spreads to people through contact with infected saliva through bites or scratches. Rabies is present on all continents, except Antarctica, but more than 95% of human deaths are recorded in Asia and Africa.

Once the symptoms appear, the disease is almost always fatal. Rabies is an unhealthy disease of poor and vulnerable populations, where deaths are rarely reported. It occurs mainly in isolated rural communities, where no measures are taken to prevent the transmission of the disease from dogs to humans. Subnotification of rabies also prevents the mobilization of resources from the international community to eliminate human rabies transmitted by dogs. 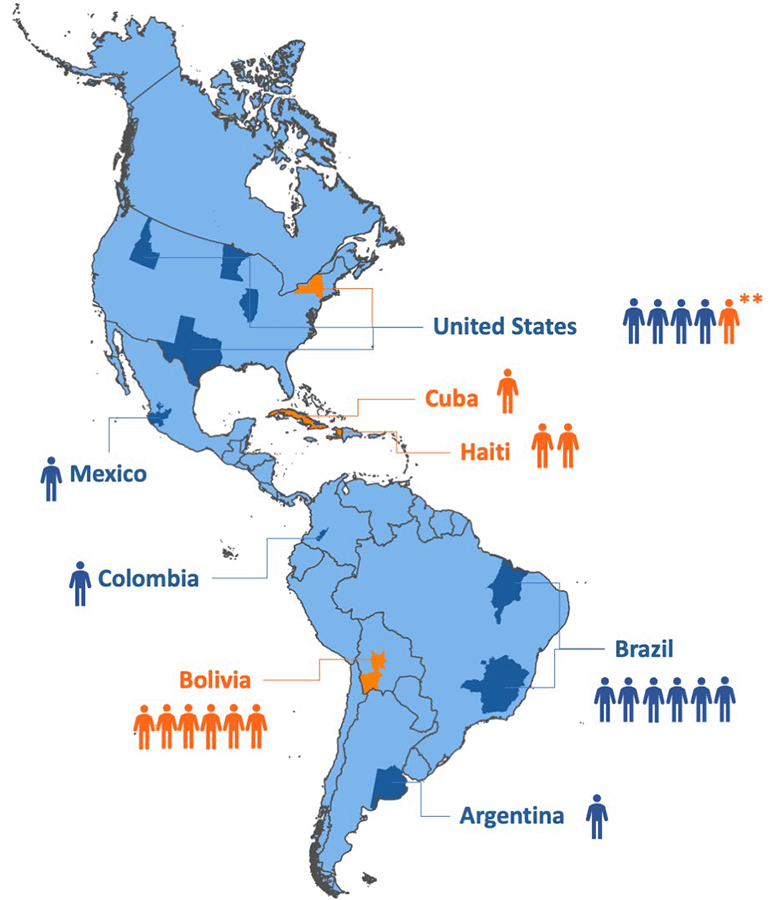 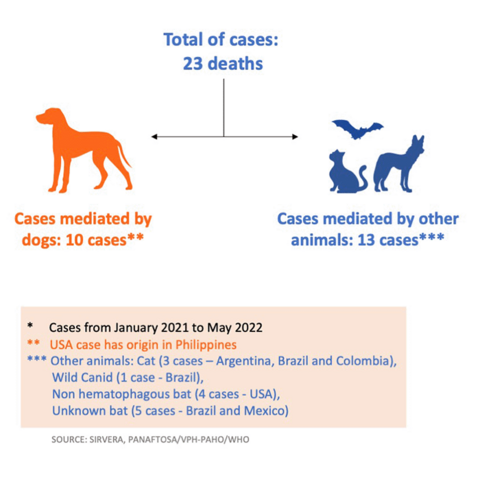 PANAFTOSA/VPH-PAHO/WHO, through its Zoonoses technical unit, supports the countries of the Region of the Americas and the Caribbean  providing technical-scientific cooperation and supporting them in the development and strengthening of the control and eradication programs of the main zoonoses that impact on human health.

Meeting of Rabies Program Directors in the Americas

REGIONAL PROGRAM OF THE AMERICAS

Regional Program for the prevention and control of rabies transmitted by the hematophagous bat (D. Rotundus) to susceptible livestock in the Americas

The human rabies transmitted by the perro in the Americas

What you should know about rabies 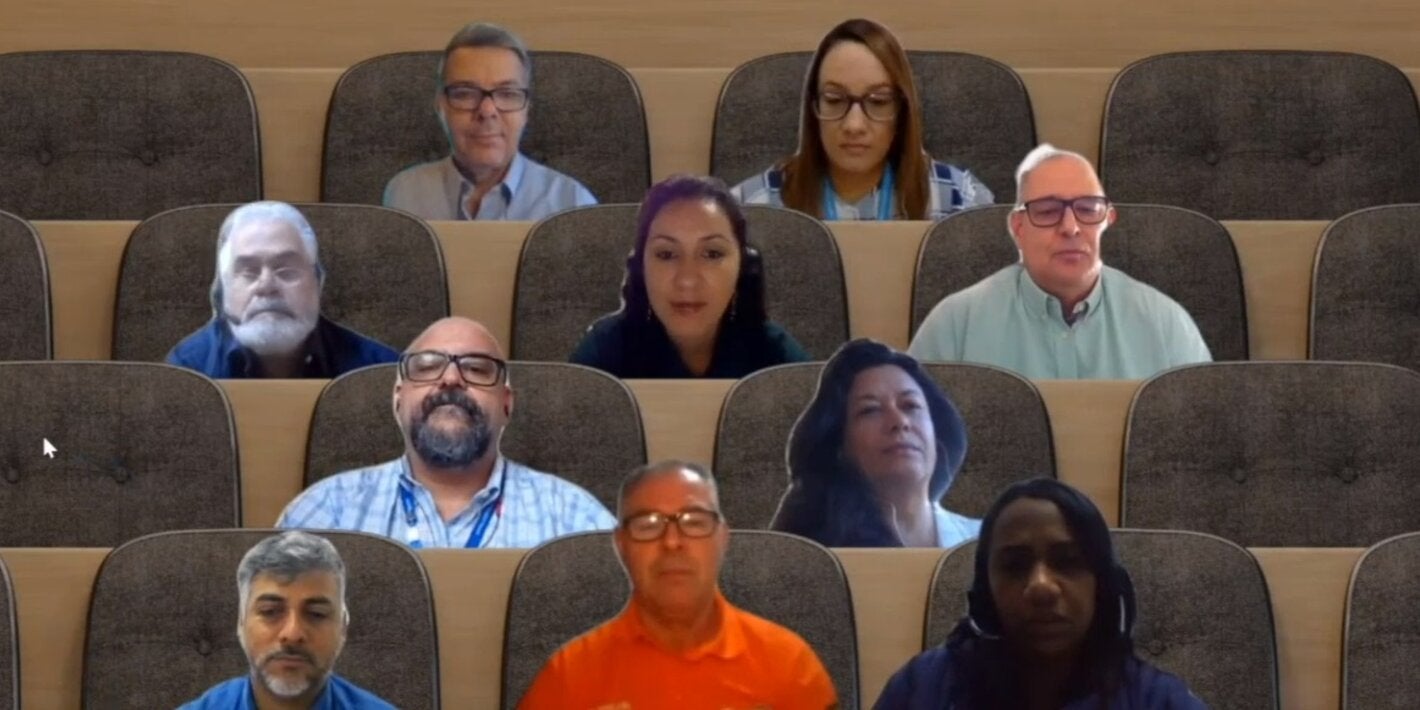 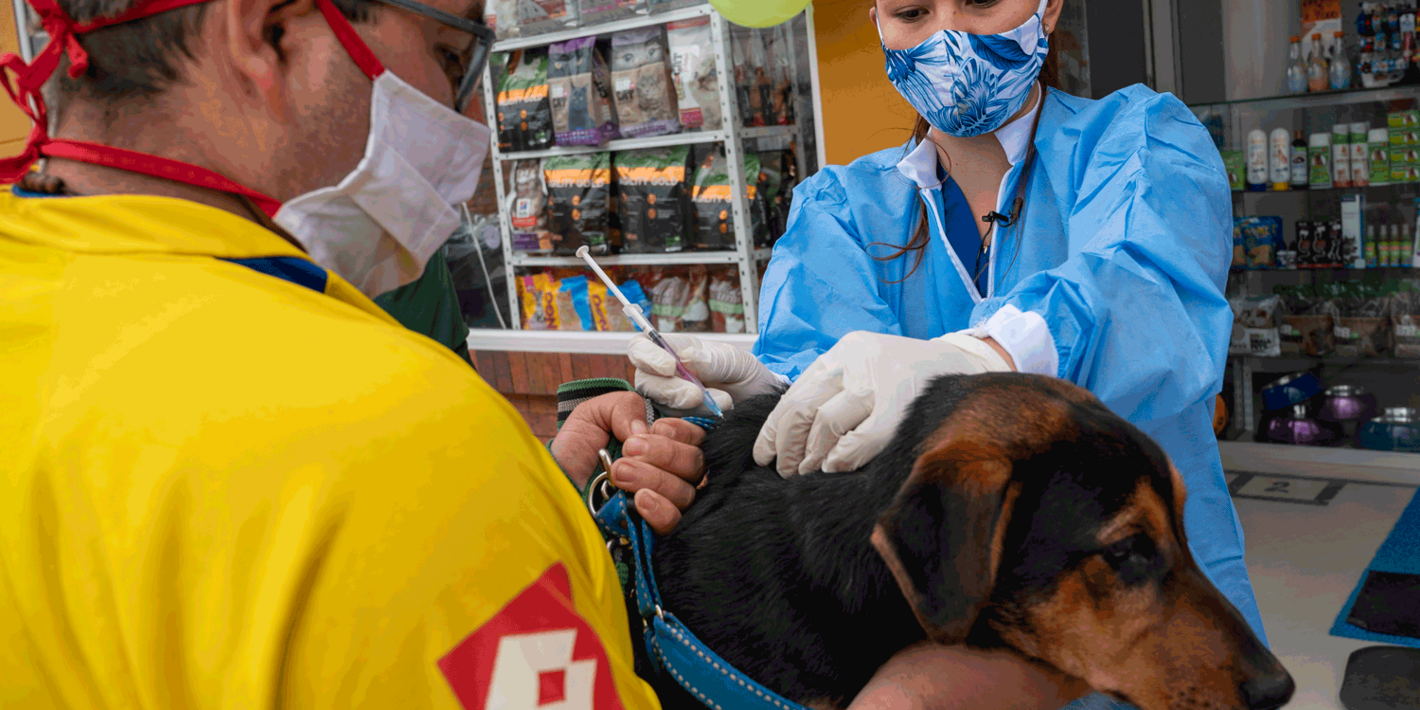 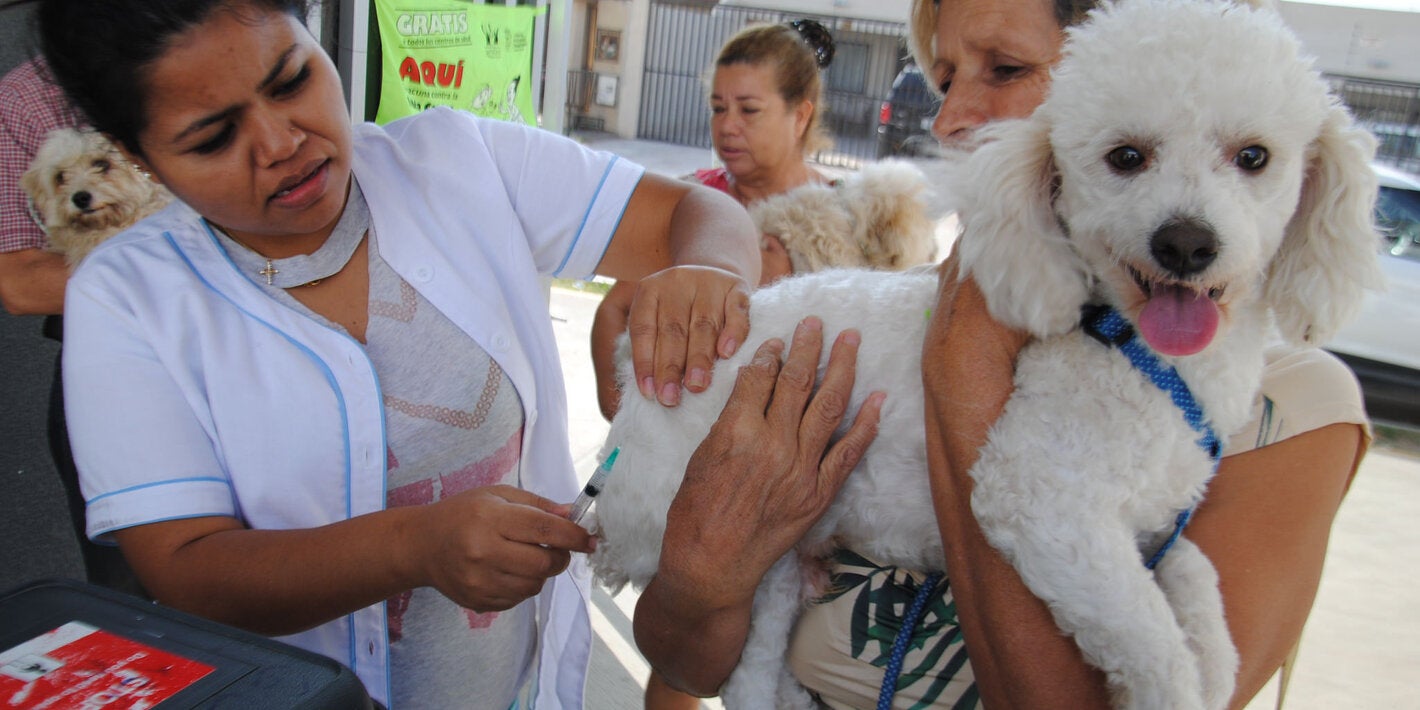 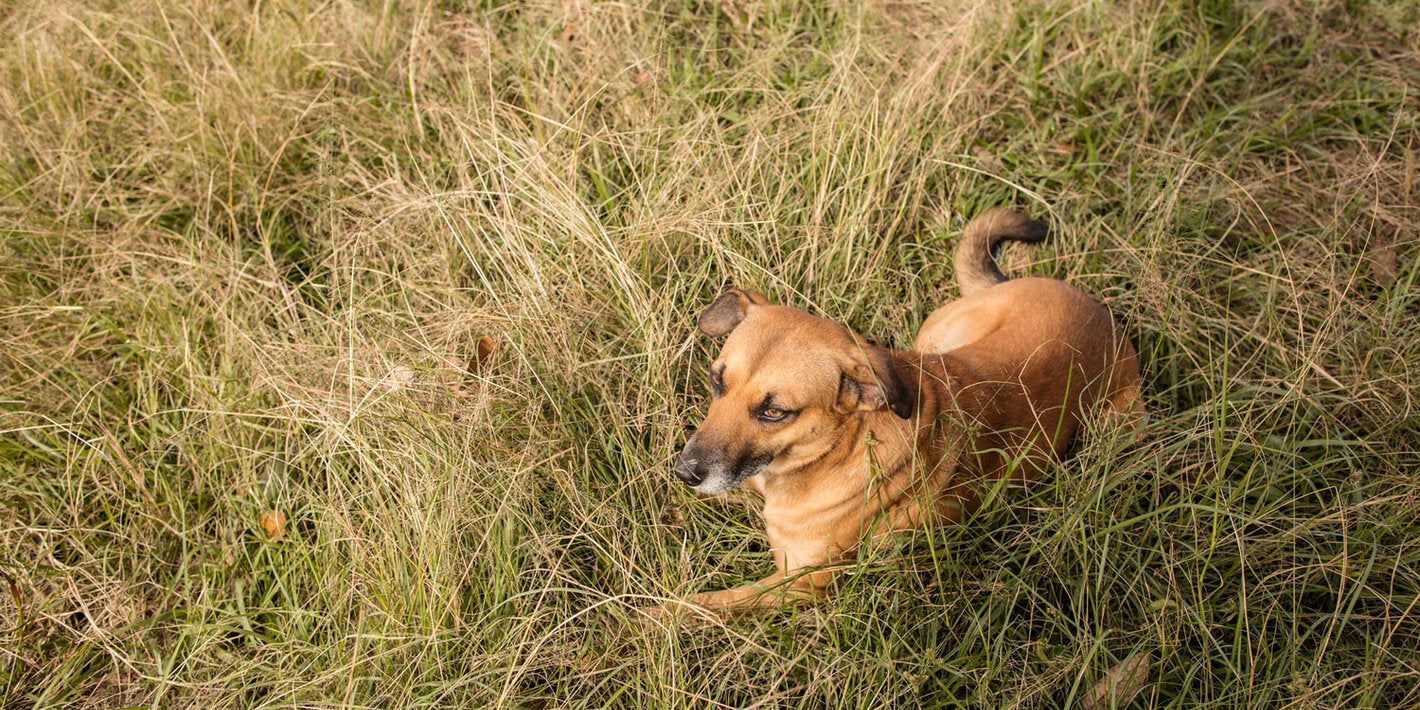 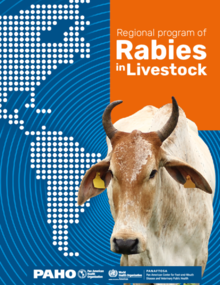 31 May 2022
Regional Program for the prevention and control of rabies transmitted by the hematophagous bat (D. Rotundus) to susceptible livestock in the Americas 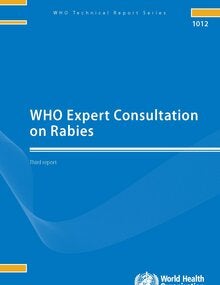 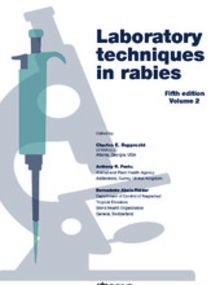 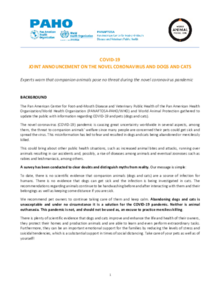 18 Feb 2021
COVID-19. Joint announcement on the novel coronavirus and dogs and cats 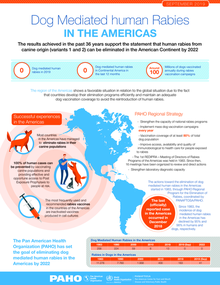 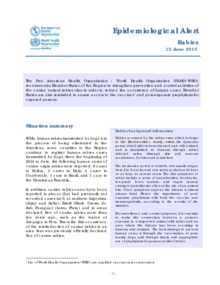 27 Mar 2019
CD48.R13 - 15th Inter-American Meeting at the Ministerial Level on Health and Agriculture (RIMSA): Agriculture and Health: Alliance for Equity and Rural Development in the Americas 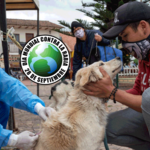 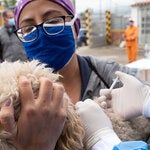