The HEARTS initiative is launched in Mexico 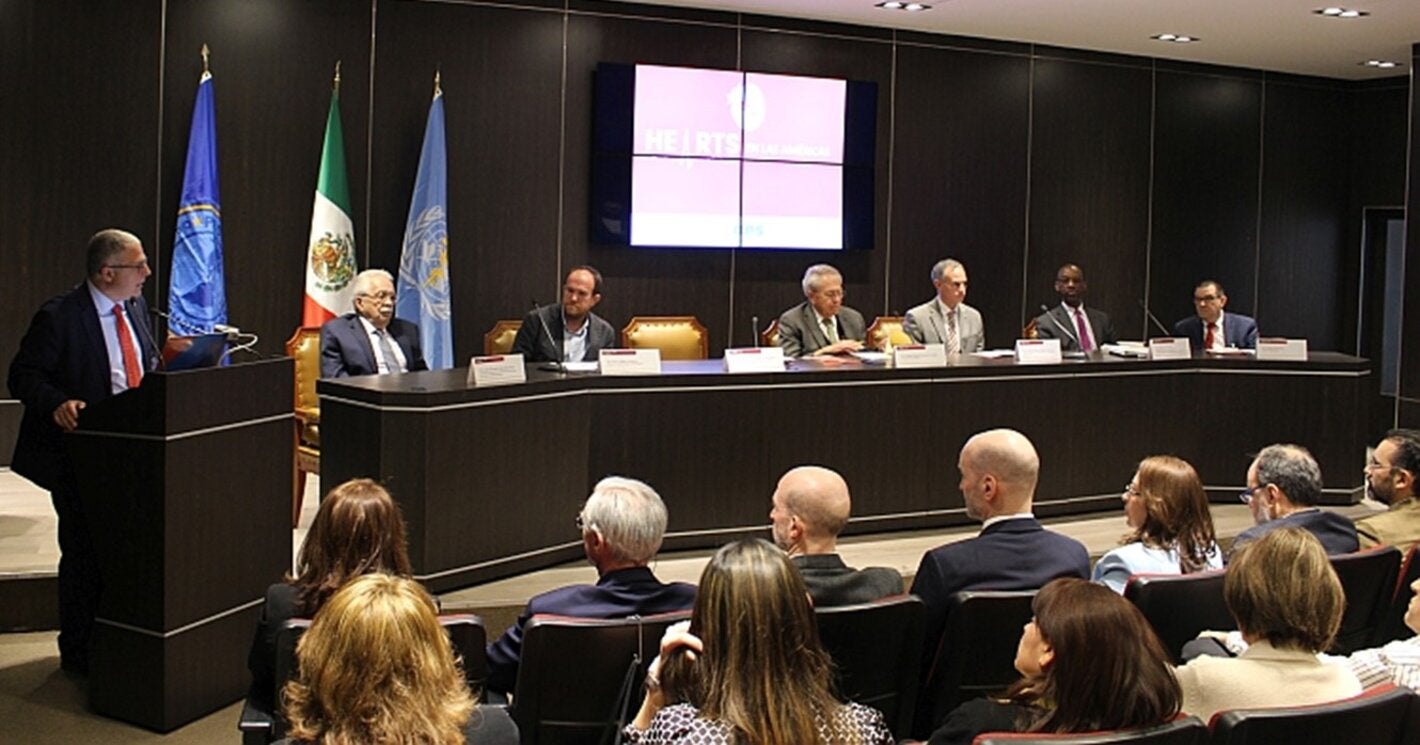 Mexico City, 18 February 2020 - As part of its efforts to strengthen primary health care, Mexico has officially joined the HEARTS initiative. Promoted by the Pan American Health Organization/ World Health Organization (PAHO/WHO), the initiative aims to improve the prevention and control of hypertension at the primary care level. The objective is to have a positive impact on the burden of these diseases and advance toward meeting the 2030 Sustainable Development Goals.

Cardiovascular diseases are the leading cause of death in Mexico, with 141,619 deaths in 2018 (National Institute of Statistics and Geography––INEGI), 30% of them in people under 70 years of age. According to the National Health and Nutrition Survey (ENSANUT 2018), hypertension affects 18.4% of the population over 20 years of age. To reduce disability and death from heart attacks and strokes, among other events, it is essential to control hypertension.

The Mexican Secretariat of Health has included the HEARTS initiative as a component of expanded coverage and higher-quality health services, within the framework of health system reform and strengthening primary care.

HEARTS focuses on strengthening an integrated model of care that reorganizes the tasks and functions of the different members of health teams, including not only physicians and nurses, but also health promoters, nutritionists, and pharmacy workers, among others. It establishes a treatment algorithm and a core set of medicines based on the best available clinical evidence and on the availability and access of drugs. And it offers patients guidance to help change habits to increase their physical activity, eat better, and reduce tobacco and alcohol use.

The initiative was launched in a ceremony chaired by the Health Secretary, Dr. Jorge Alcocer Varela, and attended by PAHO/WHO, medical societies of cardiology, the Mexican Social Security Institute (MSSI), the Institute of State Workers Social Security and Social Services (ISSSTE), and academic institutions. Following the launch, training began for teams of trainers in the first five states to implement the initiative: Chiapas, Sonora, Campeche, Tabasco, and Yucatán.

The training will be supported by international consultants who have participated in the implementation of HEARTS in the Region of the Americas in the areas of clinical management, medicines, promotion of healthy habits, costs, monitoring, and evaluation.

HEARTS is a global initiative promoted by the World Health Organization. In the Region of the Americas, health ministries are leading the initiative with the support and technical coordination of PAHO/WHO. Further support is provided by the United States Centers for Disease Control and Prevention (CDC) and the Resolve to Save Lives initiative. With Mexico, 12 countries in the Region have now joined the HEARTS initiative, which is being implemented in 351 health centers.

- HEARTS in the Américas