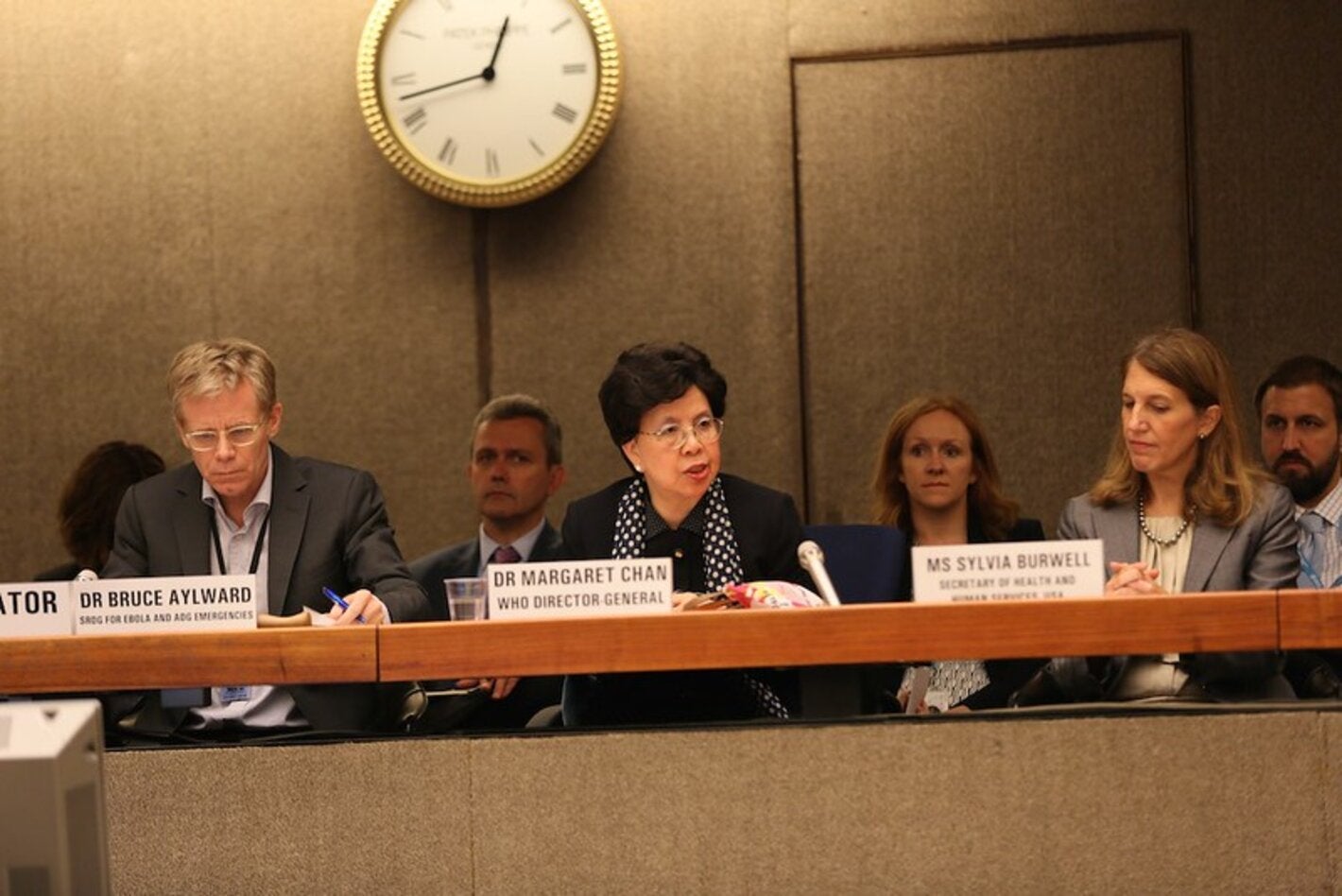 Geneva, May 18, 2015 (PAHO/WHO) - Director-General Margaret Chan of the World Health Organization (WHO) congratulated the countries of the Americas for having obtained certification of the elimination of rubella and congenital rubella syndrome, during opening remarks at the 68th World Health Assembly, taking place in Geneva, Switzerland, on May 18-26.

"Goals and targets really do make a difference. At the end of April, the Region of the Americas became the first in the world to interrupt rubella transmission, eliminating this disease and the related congenital rubella syndrome," Chan told delegates from 194 WHO member countries.

Chan congratulated the director of the Pan American Health Organization (PAHO), Carissa F. Etienne, and "all the countries of the Americas" for the achievement. "You are setting a very high bar," she said. She added that she was committed to collaborating with other regions to advance toward rubella elimination worldwide.

The Region of the Americas is the first in the world to be declared free of endemic transmission of rubella, a contagious viral disease that can cause multiple birth defects and even fetal death if contracted during pregnancy.

Rubella and congenital rubella syndrome, whose elimination was confirmed by an international expert committee during a meeting of the Pan American Health Organization/World Health Organization (PAHO/WHO) in late April, are now the third and fourth vaccine-preventable diseases to be eliminated from the Americas, following the eradication of smallpox from the Region in 1971 and the regional elimination of polio in 1994.

In 2003, after widespread adoption of the vaccine against measles, mumps and rubella (MMR) in the Region's national immunization programs, PAHO/WHO member countries collectively set the goal of eliminating rubella by 2010.

As a result of intensive immunization campaigns, the last cases of endemic (local origin) cases of rubella and congenital rubella syndrome were reported in 2009. However, as the virus continues to circulate elsewhere in the world, imported cases continue to be reported in some countries of the Region.

The International Expert Committee for Measles and Rubella Elimination in the Americas based its declaration on epidemiological evidence presented by PAHO/WHO and its member countries, concluding that there has been no evidence of endemic transmission of rubella or congenital rubella syndrome for five consecutive years, which exceeds the three-year requirement to declare the disease eliminated. The committee also said it hopes to be able to declare measles as being eliminated from the Americas in the near future.