The World Health Assembly is the top decision-making body of the World Health Organization (WHO). Its main functions are to determine WHO's policies, elect the Organization's Director-General, supervise financial policies, and review and approve the proposed WHO budget.

Ministers of health and other delegates from 194 countries participated in the 68th World Health Assembly expecting to reach agreement on action in a range of areas, including emergency response, Ebola, antimicrobial resistance, prevention and control of dengue, the impacts of pollution on health, and others.

Representing the region of the Americas were ministers of health and other delegates from member countries of the Pan American Health Organization (PAHO) as well as a PAHO delegation headed by Carissa F. Etienne, PAHO's Director.

About the 68th WHA 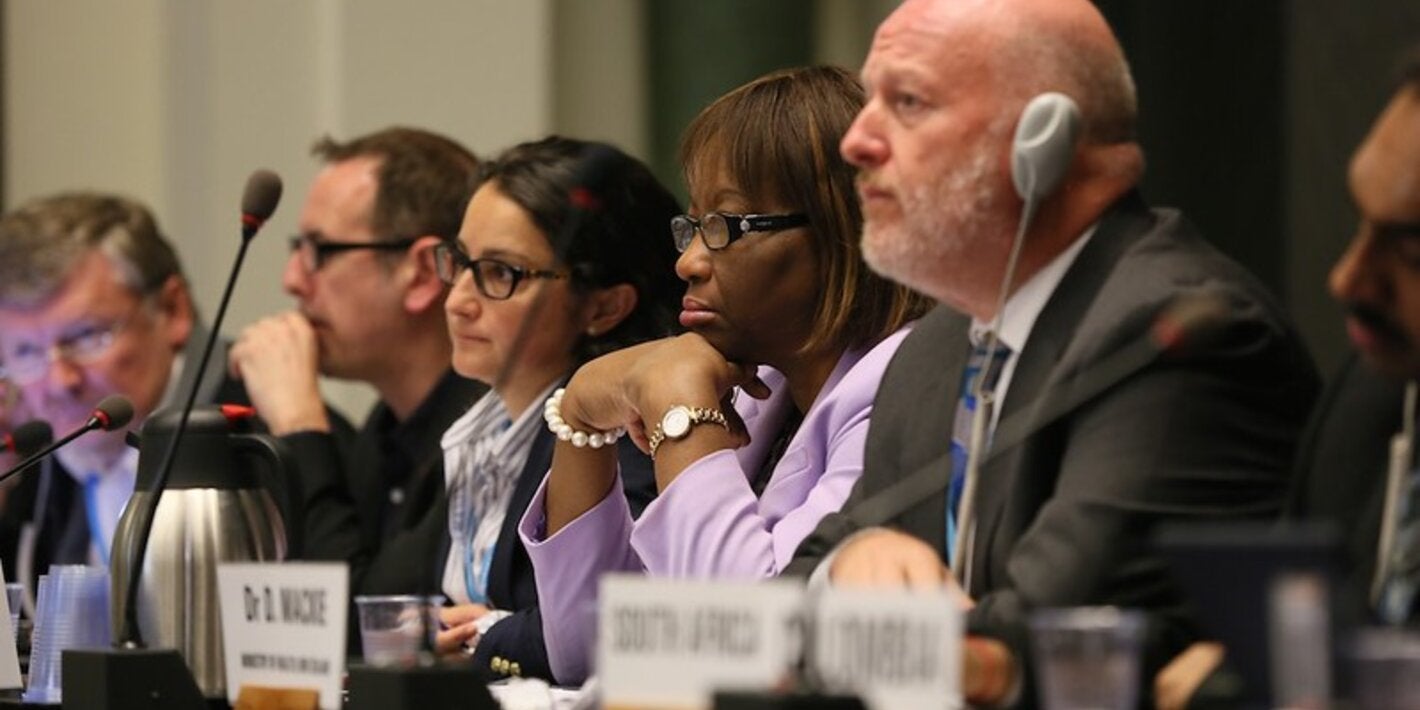 26 May 2015
68th World Health Assembly closes with approval of new resolutions
Geneva, 26 May 2015 (PAHO/WHO) -- The 68th World Health Assembly closed today after approving three new resolutions: one on air pollution, one on epilepsy and one laying out the next steps in finalizing a framework of engagement with non-State actors. In closing the eight-day meeting, Director-General Margaret Chan said the Assembly had passed… 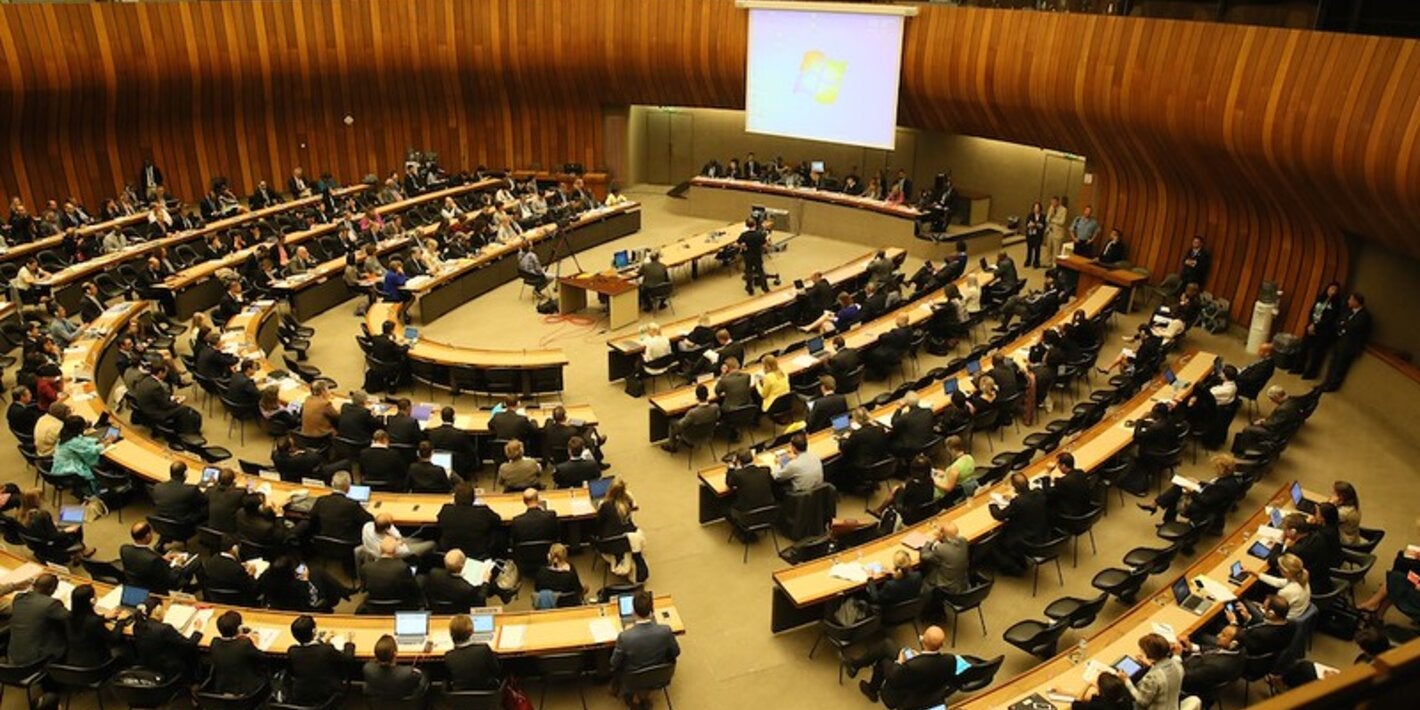 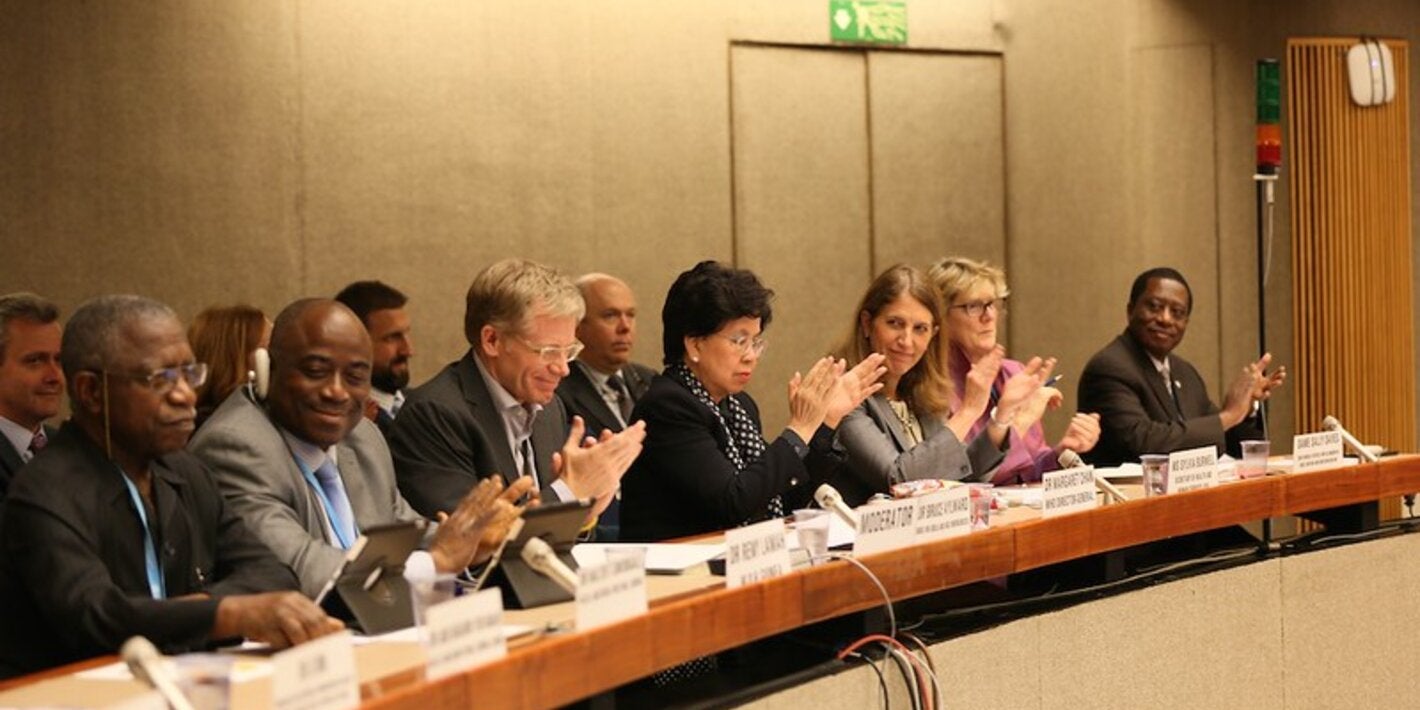 23 May 2015
World Health Assembly gives WHO green light to reform emergency and response progamme
Geneva, 23 May 2015 (PAHO/WHO) — Delegates at the World Health Assembly made a series of decisions stemming from the 2014 Ebola virus disease outbreak. These give the WHO Secretariat the go-ahead to carry out structural reforms so it can prepare for and respond rapidly, flexibly and effectively to emergencies and disease outbreaks.… 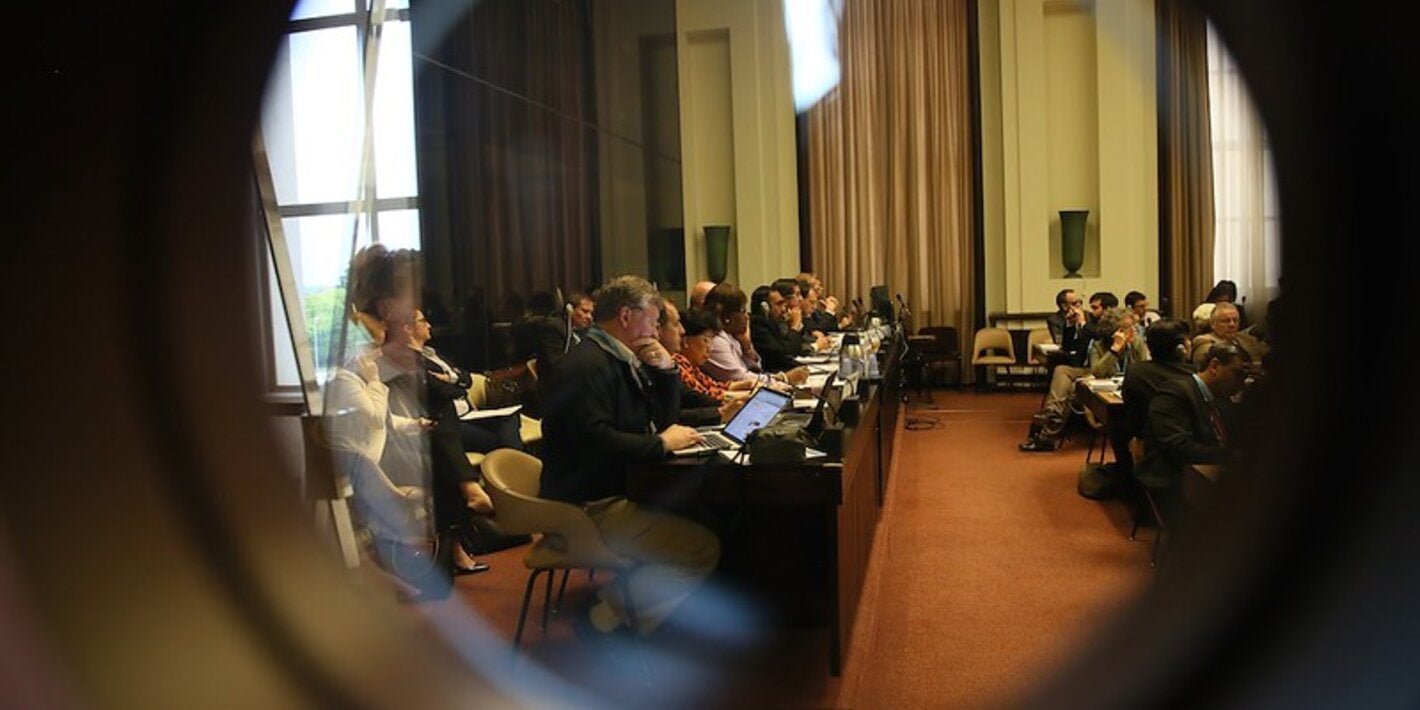 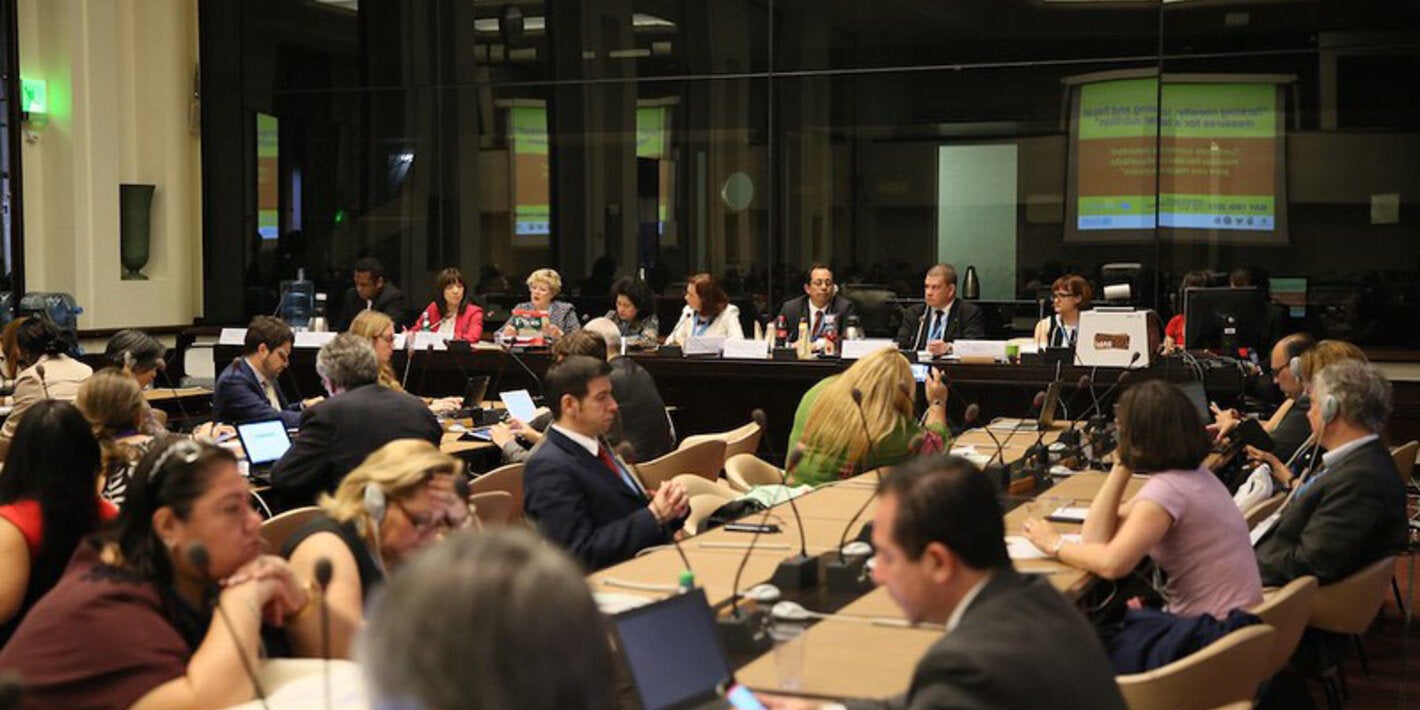 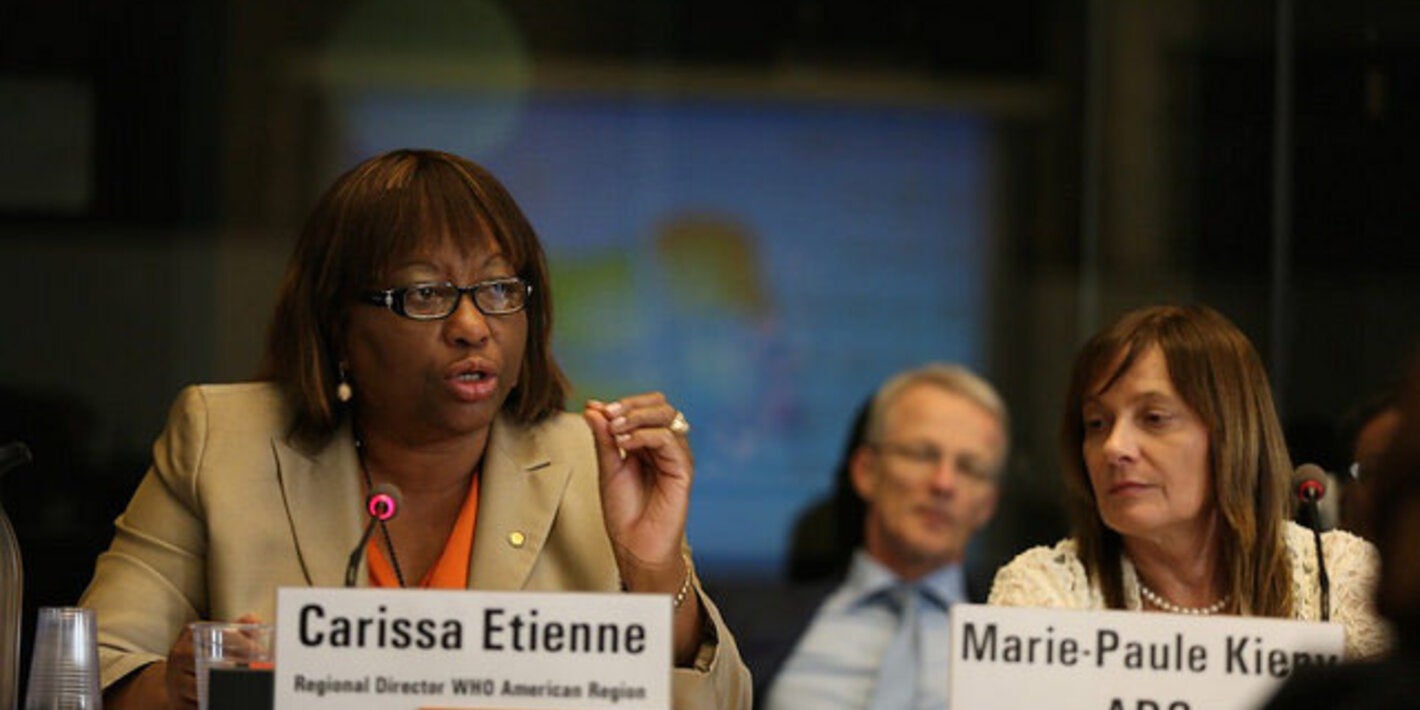 20 May 2015
Countries of the Region organize parallel events
Several parallel events were held simultaneously with the World Assembly to address topics of interest to the countries of the Region.  Country delegates and panelists from different organizations agreed on the need to keep health at the center of sustainable development objectives after 2015. "This is the ideal time for us to take action to… 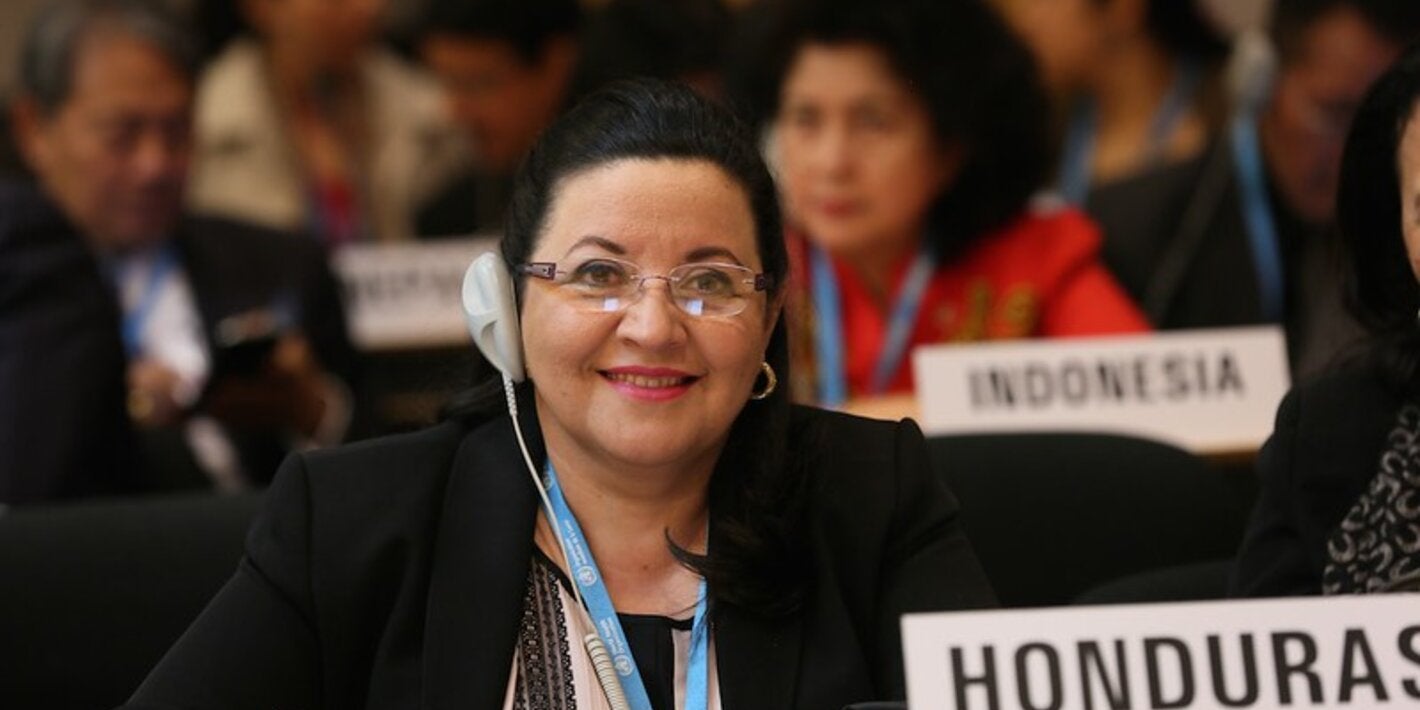 20 May 2015
Representatives of the Americas examine regional and global health challenges and achievements
Geneva, 20 May 2015 (PAHO/WHO) - Health authorities of the Americas discussed the creation of resilient health systems. They also noted the challenges facing the Region, including the introduction of the chikungunya virus, as well as achievements such as the elimination of rubella in the hemisphere. The delegates addressed the plenary of the 68th… 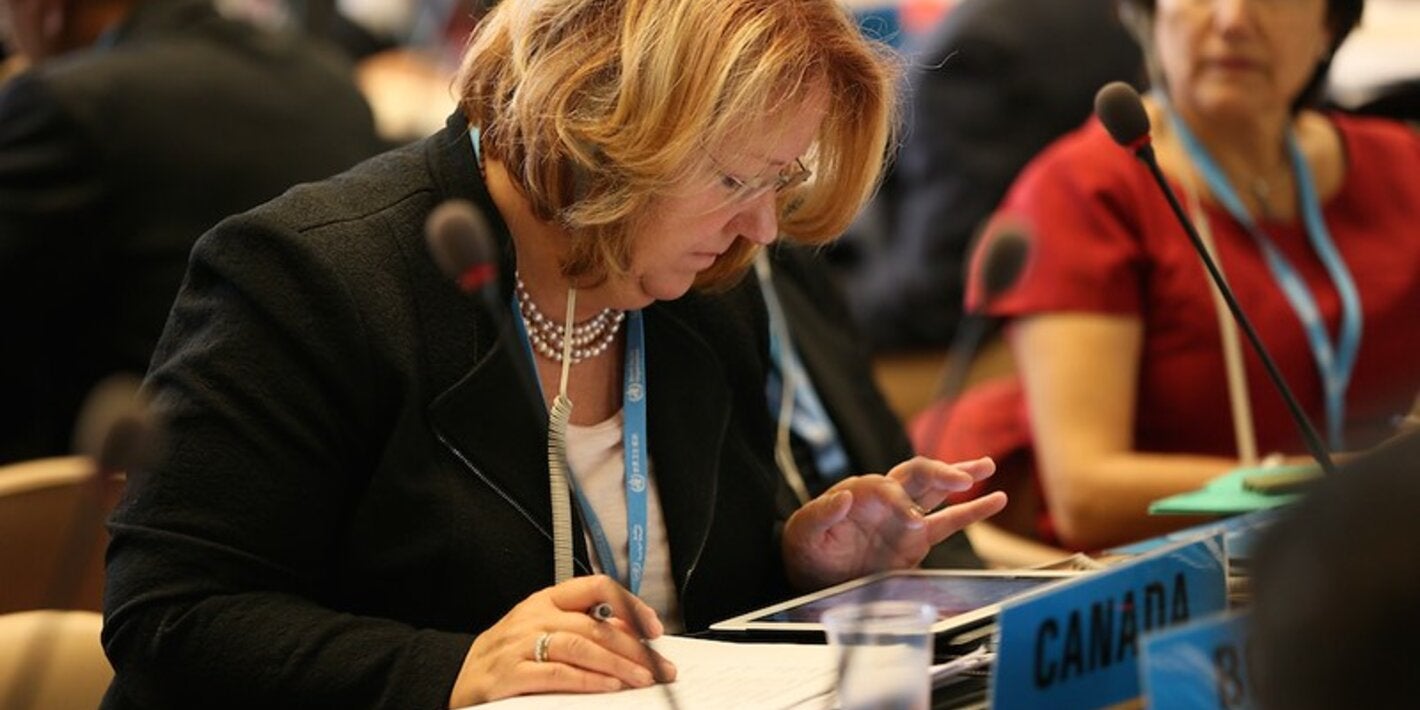 19 May 2015
Ministers of the Americas share experiences and proposals for strengthening health systems
Geneva, May 19, 2015 (PAHO/WHO)- Ministers and delegates of the Americas addressed the plenary of the 68th World Health Assembly regarding the need to ensure that every country has a solid health system ready to face any adversity. They made reference to the lessons learned during the Ebola outbreak and highlighted the achievements.… 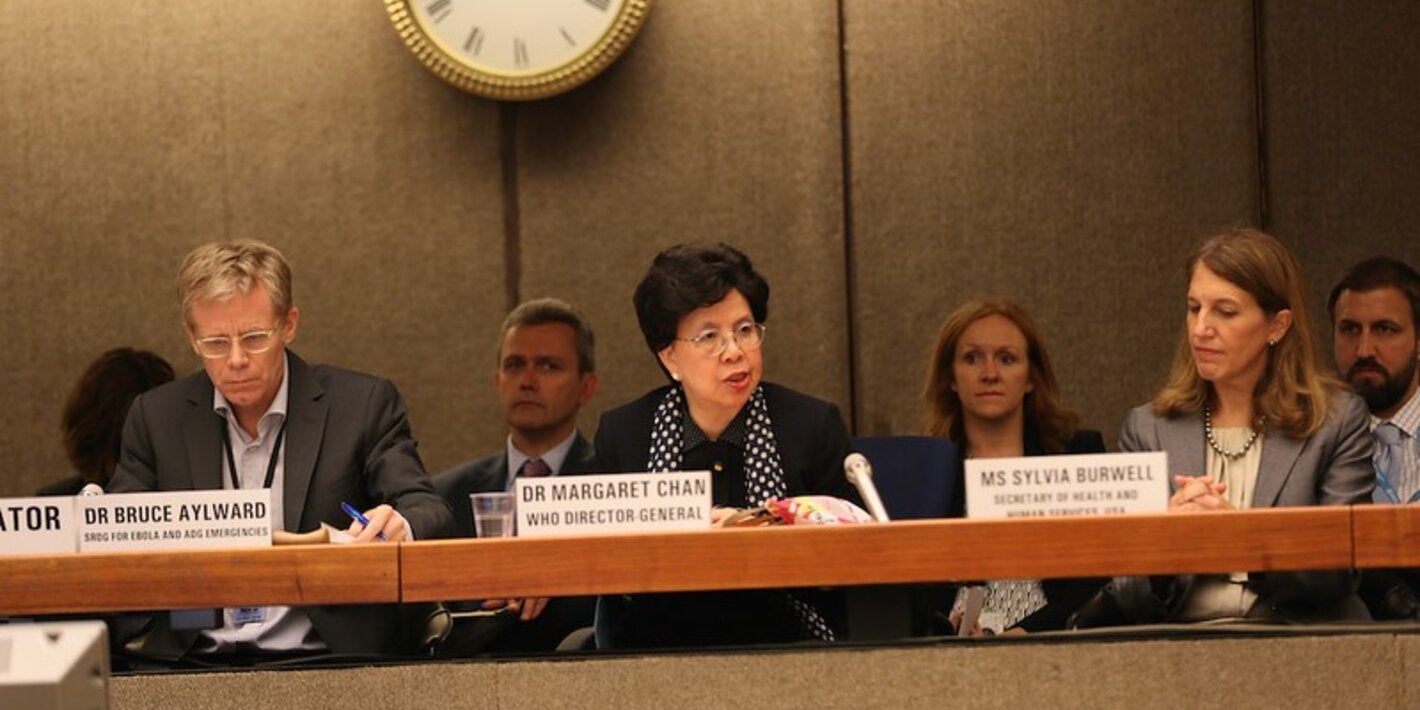 18 May 2015
WHO director-general congratulates the Americas for eliminating rubella and congenital rubella syndrome
Geneva, May 18, 2015 (PAHO/WHO) - Director-General Margaret Chan of the World Health Organization (WHO) congratulated the countries of the Americas for having obtained certification of the elimination of rubella and congenital rubella syndrome, during opening remarks at the 68th World Health Assembly, taking place in Geneva, Switzerland, on May 18…