World Malaria Day April 25 - Maintaining the achievements of Zero Malaria cases in Belize and getting ready to be Malaria free in 2022! 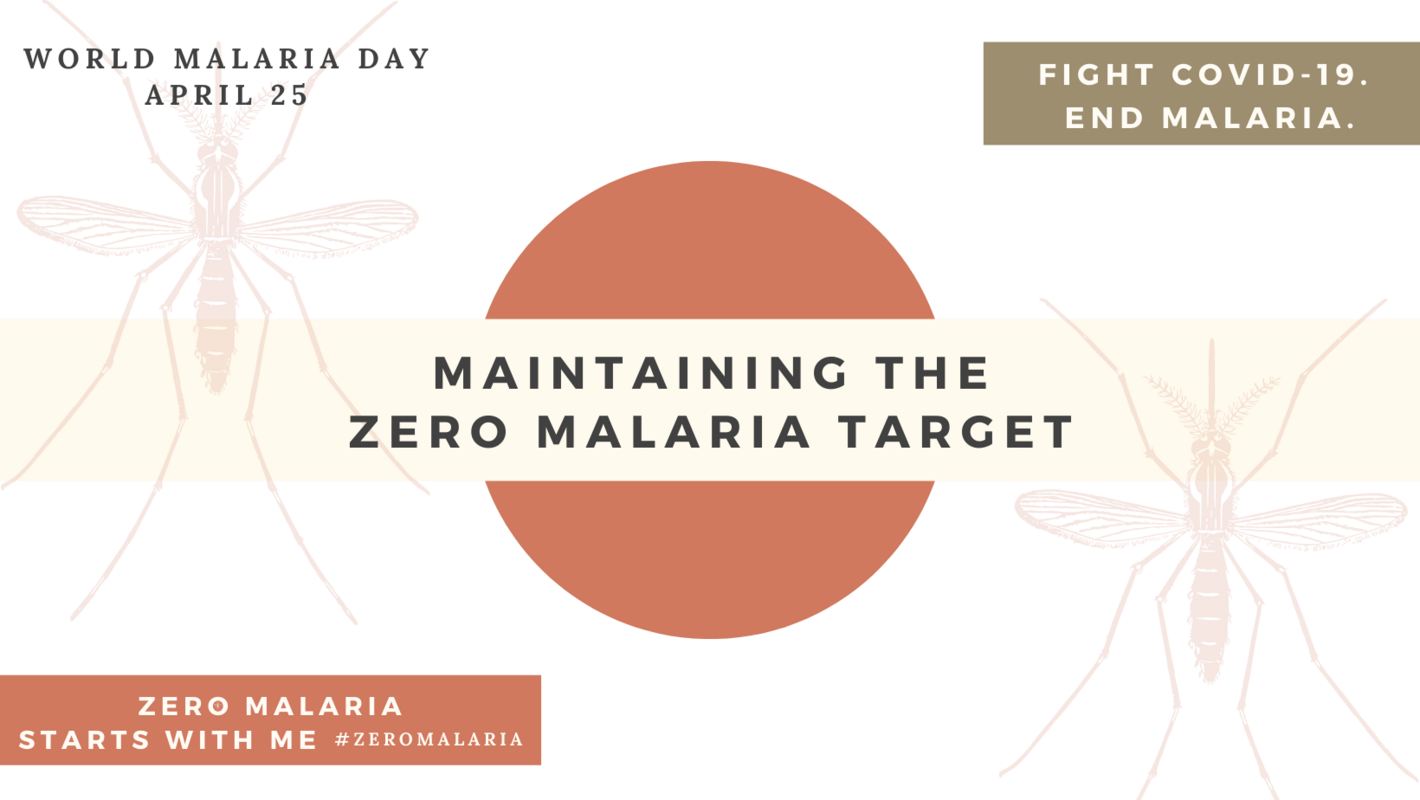 Belize City, Belize, April 22, 2021 (PAHO/WHO) –As we celebrate World Malaria Day, the disease remains an important public health concern globally. In the Region of the Americas, Belize is one of the countries reporting zero malaria cases since 2019. Despite this achievement, urgent action is still required to keep the country on track to eliminating the disease and being certified as a malaria-free Belize by 2022.

The Global Technical Strategy for Malaria 2016–2030 (GTS) adopted by the World Health Assembly in May 2015 sets ambitious but attainable global targets for 2030. These include reducing malaria case incidence and mortality rates by at least 90%, eliminating malaria in at least 35 countries and preventing a resurgence of malaria in all countries that are malaria-free.

Since 1954, the countries in the Americas made the important decision of adopting malaria eradication as a program with the Pan American Sanitary Bureau as the coordinating unit. Some years later the Global Program for Malaria Eradication was created and became the coordinating unit for malaria in the world. Although the disease was eliminated in many countries, challenges such as social determinants contributed to the reemergence of Malaria in some of these territories including Belize.

In the 2000s, due to reinforced global and regional commitments, the number of malaria cases decreased considerably, and the progress made in preventing deaths has been even more encouraging. The significant malaria reduction observed in the region prompted unprecedented political and financial commitment from malaria-endemic countries to eliminate the disease. Thereafter growing number of countries embarked on the national elimination goals, and regional networks were formed to facilitate collaboration.

Some of the key investments in malaria in the Americas include the Amazon Malaria Initiative which started in 2001 with funding from the US Agency for International Development (USAID), the Global Fund-supported Elimination of Malaria in Mesoamerica and the Island of Hispaniola (EMMIE) Initiative. The latter initiative included the seven (7) Central American countries and the two countries of the island of Hispaniola (Haiti and Dominican Republic).

More recently, after the end of the EMMIE project, the Inter-American Development Bank (IDB) and other partners announced the Regional Malaria Elimination Initiative (RMEI) which invested $83.6 million to support the EMMIE participating countries in taking the final steps to eliminate malaria in their territories. PAHO/WHO, as the main technical partner of the project, has been working together with the National Authorities in Belize to strengthen continuous capacity building for prompt and accurate diagnosis including the use of Rapid Diagnostics Test, the surveillance and case investigation, appropriate management of cases and Risk Assessment to identify areas with a higher risk of malaria transmission.

Between 2010 and 2020, Belize achieved a 100% reduction in local malaria cases (150 cases to zero cases), with its last case reported in December 2018, placing the country one step away from malaria elimination. In the midst of the COVID-19 Pandemic, the focus is now on the prevention of the reintroduction of the disease through early detection, prompt treatment and good coverage of preventive measures such as mosquito nets distribution and Indoor Residual Spraying (IRS) to maintain zero local cases.

Remember, Zero Malaria starts with me and with you. Together we can beat Malaria for good and reach the historic goal of becoming a Malaria-free Belize. 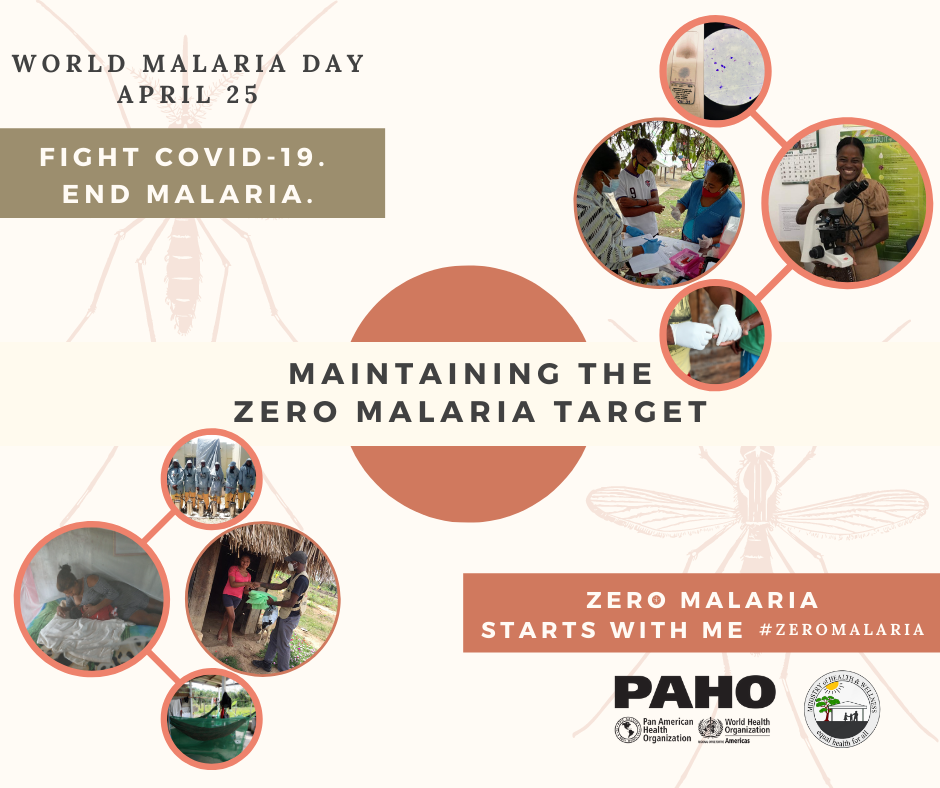