Life expectancy in the Americas increases to 75 years 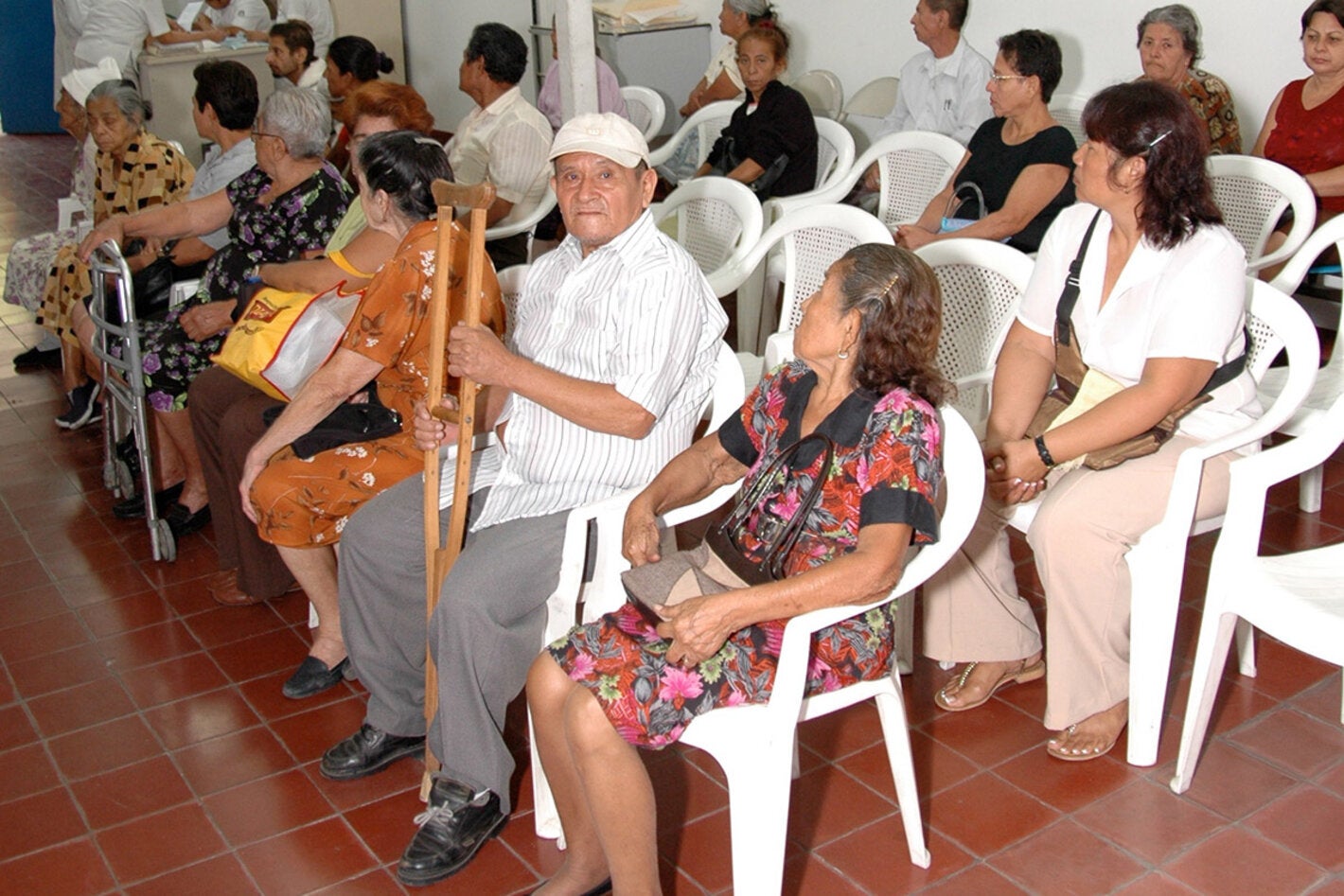 Washington, D.C., 26 September 2017 (PAHO/WHO)-The population of the Americas has gained 16 years in life expectancy on average in the last 45 years, and a person who is born in the hemisphere can now aspire to live until age 75, almost five years longer than the world average. However, emerging and noncommunicable diseases, which cause four out of five deaths per year, are the main challenges in one of the most unequal regions in the world.

This information is part of the new Health in the Americas+ 2017 report, the latest edition of the flagship publication prepared by the Pan American Health Organization/World Health Organization (PAHO/WHO) every five years since 1956, which analyzes trends, challenges and health conditions in the Region.

"We live longer and are less likely to die from preventable causes, but that gain has not been equitable," said PAHO/WHO Director, Carissa F. Etienne. "We should adopt urgent measures to combat inequities so that all people in the Americas have access to the health services they need and to conditions that contribute to good health, such as access to drinking water, education, and decent housing," she added.

Noncommunicable diseases, such as cardiovascular diseases, chronic respiratory diseases, cancer, and diabetes, are the leading causes of mortality in the Region. Four out of five deaths per year are due to one of these causes, and that figure is expected to increase in the coming decades due to population growth, aging, urbanization, and exposure to different risk factors.

The publication presented during the 29th Pan American Sanitary Conference of PAHO in Washington, D.C. notes that the obesity rate in the Americas--one of the main risk factors for chronic disease--is double the global average (26.8% compared to 12.9%). Furthermore, it emphasizes that diabetes affects 15% of the population over 18 years of age (62 million people), a percentage that has tripled during the past decade.

Among other data, the report notes that although mortality from cardiovascular disease has decreased by almost 20% on average in one decade, this continues to be the main cause of death in the Region. It also warns that 1.3 million people died of cancer in 2012, 45% of them prematurely, that is, before 70 years of age. Other challenges ahead include road traffic injuries, which represented 12% of deaths in 2013, as well as high homicide rates that place 18 countries of Latin America and the Caribbean among the top 20 in the world.

Health in the Americas+ 2017 also explains how environmental and lifestyle changes, as well as population shifts, have contributed to outbreaks of emerging infectious diseases, such as Zika and chikungunya. These threats, combined with disasters related to events such as earthquakes and hurricanes, pose other challenges in the Americas. Between 2010 and 2016, the Region dealt with 682 disasters, 20.6% of the world total, with a financial impact estimated at over 300 billion dollars.

"Emerging and chronic diseases, which cause disability and require many years of care, are an obstacle to development," Etienne said. "We need strong, flexible, and integrated health systems to respond effectively to new threats and the needs of an older population," she added.

An estimated 81% of people who are born in the Region today will live until they are 60 years old, while 42% will surpass 80 years of age. However, this increase in life expectancy has not meant more disability-free years of life. In 2015 it was estimated that the average healthy life expectancy in the Americas was 65 years.

In addition to the gain in years of life, the report highlights success in reducing maternal mortality. Infant mortality also declined by 24% between 2002 and 2013 and the under-5 mortality rate dropped by 67% in 25 years.

The report also points out a 62% reduction in malaria cases between 2000 and 2015, 10.1% less leprosy in 2010 compared to 2014, and a 67% drop in deaths due to AIDS between 2005 and 2015, as well as increased coverage of prenatal care and institutional delivery, progress toward eliminating onchocerciasis, and the elimination of endemic transmission of rubella (2015) and measles (2016).

Many of these achievements are not equally distributed throughout all of the countries, reflecting inequalities in the Region. In this regard, Health in the Americas+ 2017emphasizes the need for transforming health systems and increasing investment in the sector (only five countries invest 6% of their gross domestic product in health as WHO recommends), as well as improving the management and distribution of health workers to achieve universal health by 2030 and reduce the existing inequities.

About Health in the Americas

More than 600 officials and experts participated in the production of the publication, in collaboration with teams from the health ministries. The content was prepared using data from official national and international sources, as well as unofficial sources.

This edition is the most recent in a long series of similar reports prepared by PAHO/WHO over the last 61 years. The new edition includes a series of complementary products, including "My Health in the Americas", an interactive platform that allows content to be adapted based on user preferences. This platform will be updated periodically with new data and content.

This edition also offers podcasts, as well as specific materials for researchers, information and communication professionals, and decision-makers.In the online version of the publication, you can access expanded chapters on each subject, in addition to profiles and detailed analyses of each of the 52 countries and territories of the Region of the Americas.