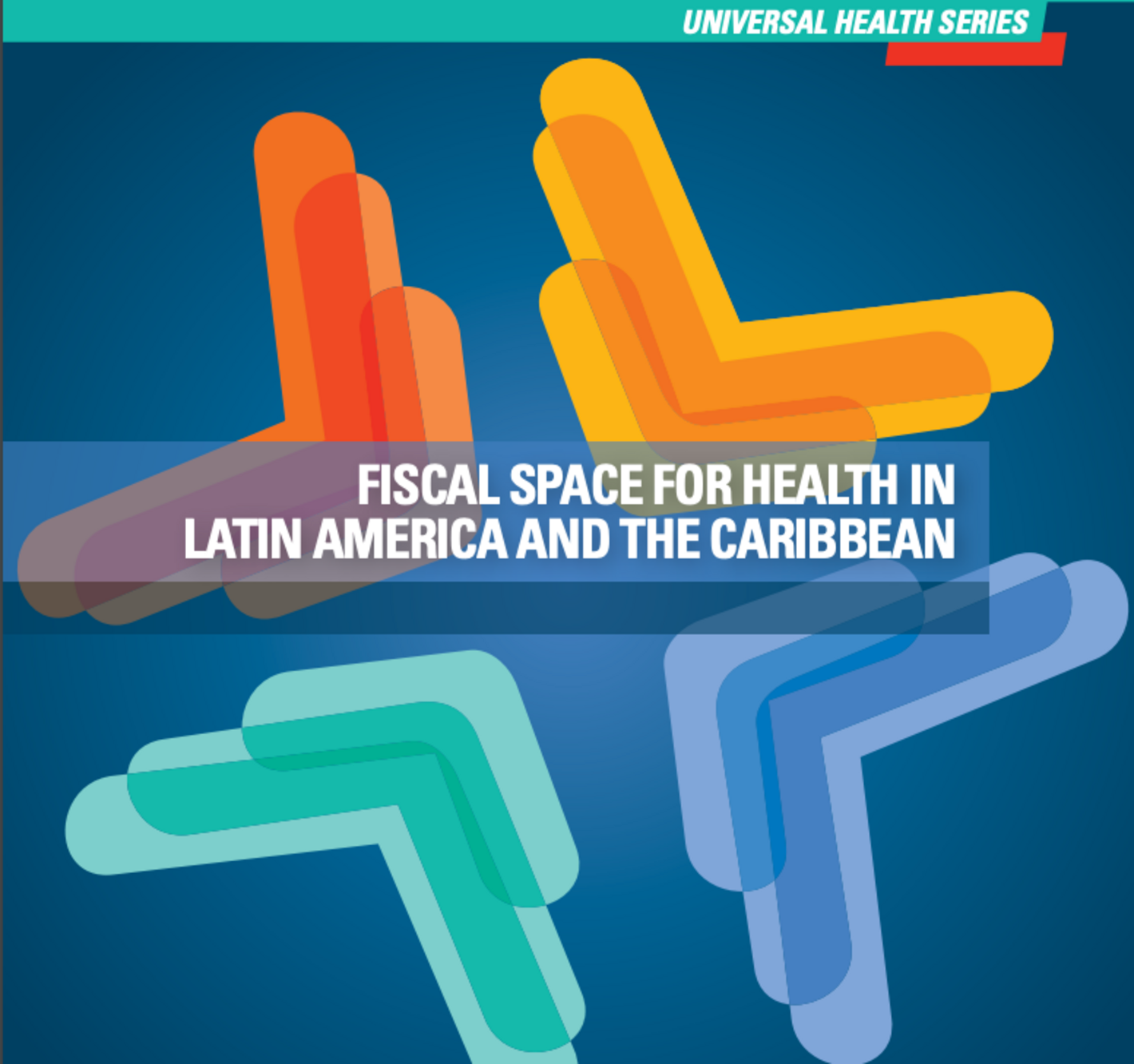 The original version of this publication in Spanish, was presented by the Director of PAHO, Dr. Carissa F. Etienne in Havana, Cuba, during the International Convention on Public Health, "Cuba Salud 2018".

Washington, DC, July 28, 2020- The Pan American Health Organization (PAHO) launched the English version of the publication “Fiscal Space for Health in Latin America and the Caribbean.”

The publication compiles and systematizes works done by PAHO between 2015 and 2018 , including a  regional analysis of 13 countries conducted by the University of Rosario in Argentina; the results of the Universal Health Regional Forum: An indispensable investment for sustainable human development, carried out in Washington D.C.; and contributions of in-depth studies that PAHO developed for Bolivia, Honduras, and Peru.

It also draws on the Organization's experience in direct technical collaboration with these and other countries in the Region. Following these guidelines, specific studies were subsequently carried out for Belize, Guatemala, Paraguay and Suriname.

"Faced with constantly changing political and economic scenarios and the new challenges that the Region of the Americas faces with the COVID-19 pandemic, governments need to identify new ways to sustain and strengthen their health systems by prioritizing, optimizing and efficiently allocating available resources,” said Camilo Cid, PAHO Advisor on Health Economics and Financing.

The concept of fiscal space for health refers to the ability of governments to provide additional budgetary resources for health systems without affecting the financial position of the public sector or supplanting other socially necessary expenditures that in turn impact  health.

The method developed by the fiscal space studies consists of a study on potential  sources of resources for the health system and evaluating them in terms of amount and political feasibility it also includes the search for ways to obtain more revenue through reprioritization, taxes and other means, considering that the distribution of expenditure and organizational improvements that lead to greater equity are equally important to achieving universal health.

The publication concludes that, although there is fiscal space for health in countries, economic growth is not sufficient to fill the space. More fiscal resources must be collected and in a better way. There is also a need for the reprioritization of health with improvemed quality of spending and better understanding that the process requires political decisions, consensus and broad social dialogue.

With the approval of the Strategy for Universal Access to Health and Universal Health Coverage (CD53.R14) in 2014, Member States assumed the commitment to increase public spending on health to face health system reform processes and put these efforts on the path to universal health. This commitment, which is based on global evidence, shows that the countries that have made the most progress towards universal access to health and universal health coverage have public spending on health of 6% or more of the gross domestic product (GDP).

In this regard, in April 2019, PAHO Director, Dr. Carissa F. Etienne, called on the countries of the Region to subscribe to the Compact 30•30•30 PHC for Universal Health.This compact is a call to action to intensify and accelerate efforts to achieve Universal Health and the SDGs by 2030. One of its e fundamental aspects requires increasing public spending on health to at least 6% of gross domestic product (GDP), with 30% of these resources invested in the first  level of care.

It has been shown that higher public spending on health is necessary, to combat inequities and a better quality of spending is required to reduce inefficiencies in the health system and increased spending in health is sustainable and financially responsible.

An analysis of fiscal space has the purpose of identifying the prospects for increasing public spending on health in the short and medium term, to respond to a set of clearly identified and hierarchical needs.

The concept highlights the condition of sustainability of the financial position of the Governments in processes in which it is necessary to add  resources to the existing ones and  allocate them to health.  In this case, these resources would advance progress towards universal access and coverage facing the pandemic of the COVID-19.