Zero Malaria Starts with Me - Malaria Day in the Americas 2019 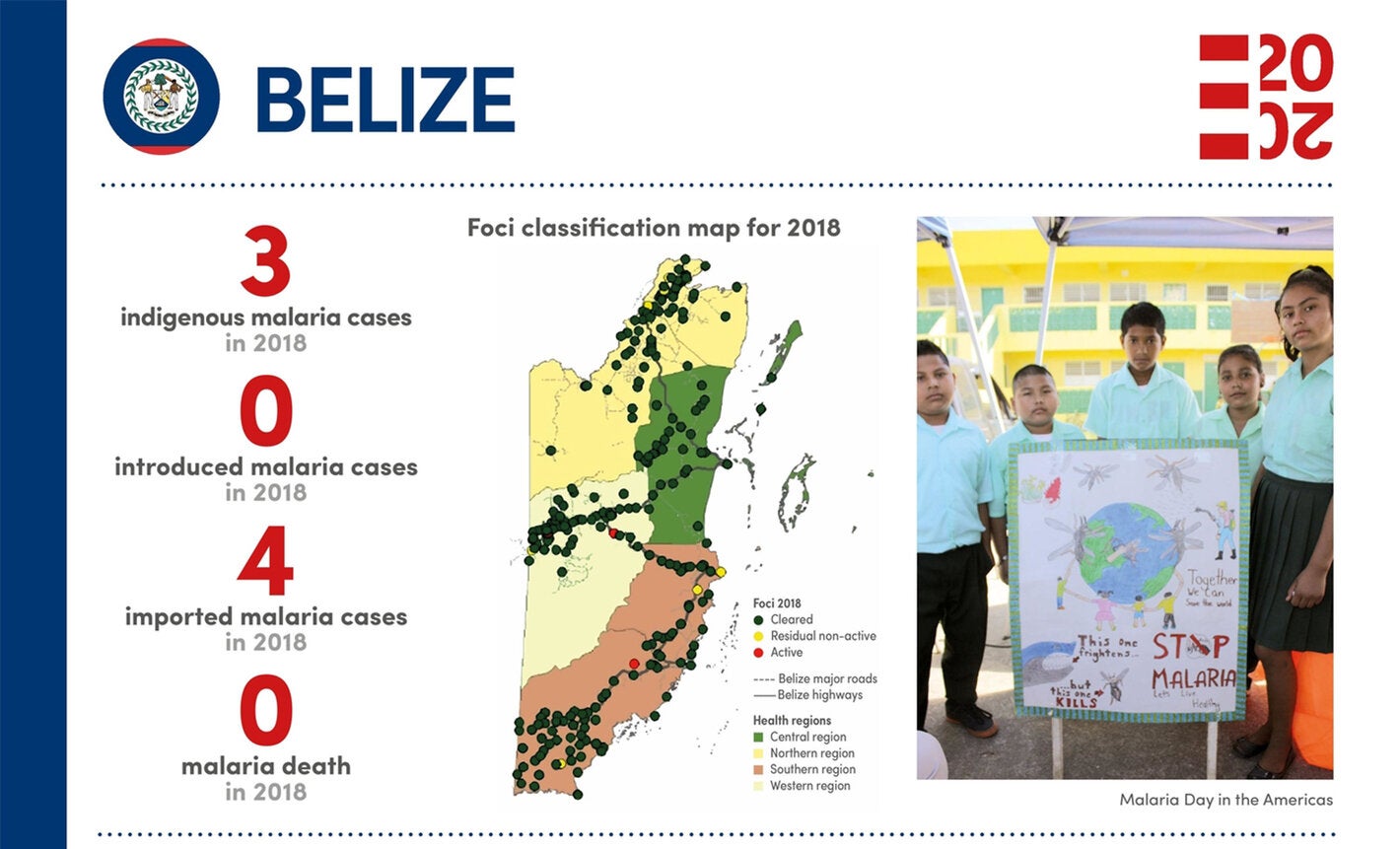 This November 6, we’re observing #MalariaDay in the Americas. Caused by the parasite, Plasmodium, malaria is a life-threatening disease that is transmitted by the bite of an infected mosquito.

Approximately half of the world’s population is at risk, but malaria can be preventable and curable.

According to the PAHO/WHO analysis, Belize is one of six countries from the Americas having the potential to eliminate malaria by 2020, and as of October 2019, Belize has had ZERO local cases of malaria.

The last malaria-related death was reported almost 13 years ago in 2006.

Belize is on the final stretch to eliminate malaria for good! #ZeroMalaria