Fighting for disability rights in the Bahamas

Washington, D.C., December 3, 2020 (PAHO) An animated person, Erin Brown becomes especially expressive when she talks about representing the Bahamas in the triathlon at the Paralympics Games in Tokyo in 2021. Her manicured hands flying, her eyes bright, she explains that COVID-19, which has closed gyms and beaches in the Bahamas, has only somewhat slowed her training. She found a private pool to swim in, and she is cycling indoors.

Sports competition is supremely empowering for people with disabilities, she says, because “people don’t care what you look like – they don’t care if you’re in a wheelchair.” When she competed in a Houston relay, she says, “my teammates were blind, they were amputees. I was in awe. I want that for other persons. I can’t keep that to myself.”

In fact, the forty-year-old mother of two children has made empowering people with disabilities the driving force of her life. She is a sort of one-woman powerhouse of advocacy for the disability community in the Bahamas. Her small consulting firm advocates in many areas, including health care and employment. She is the one-person department of disability compliance at the University of The Bahamas, which has become more challenging since COVID-19 complicated the barriers faced by students with disabilities. And she plans on becoming a disabilities rights attorney.

said Antony Duttine, Advisor, Disability and Rehabilitation for the Pan American Health Organization (PAHO), which works on disability rights promotion (particularly in the health sector) in the Bahamas and the rest of the Americas. 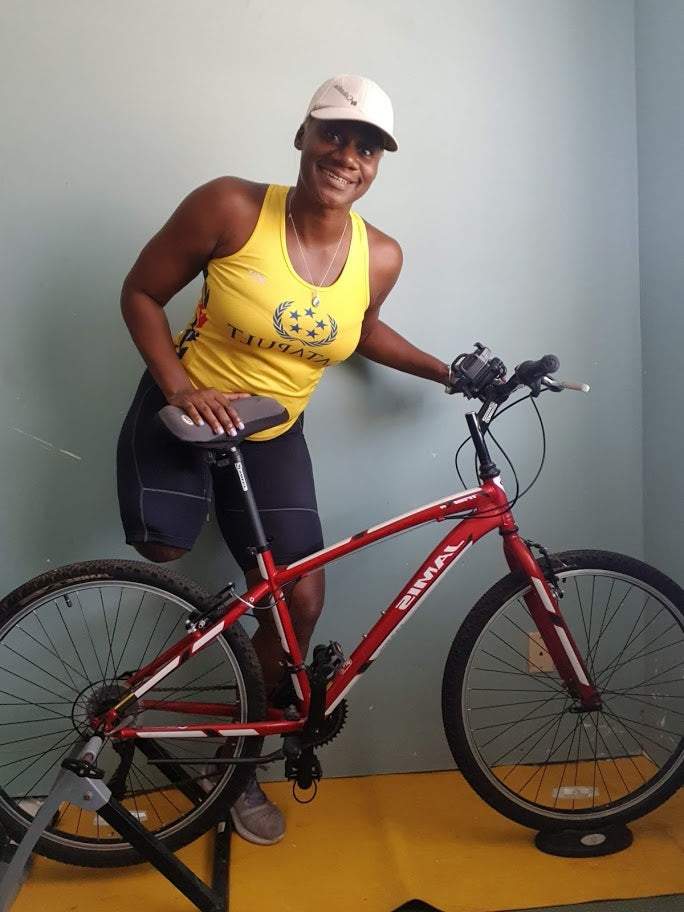 It was more than ten years ago that Erin lost her leg to osteosarcoma, a bone cancer that affects primarily young people and children. She’d been receiving cancer treatment in the United States when doctors discovered that the damage to the bone in her leg was so extensive it would have to be amputated.

“I left the Bahamas as a nondisabled person, and I returned as a person with a disability,” she says during an interview from her office in Nassau. “It shocked me that there was not much infrastructure here. Policy, programs, initiatives, support systems, networks, there was little to none – not even from an awareness standpoint. I asked questions about what I needed, and in that way, I realized what was not being addressed.”

She started small, simply giving her extra supplies and equipment to other people. Realizing the magnitude of the need, she created a foundation to expand her work. One day when she was taking part in a marathon, she found another niche. As she crossed the finish line, she saw two young girls cheering her on. “The look on their faces – so shocked. It connected disability for them differently. They now have another perspective of what people with disabilities can do – what they look like.”

In 2018, she was involved in a universal health campaign undertaken by the WHO and PAHO for World Health Day. Now she’s working with the Ministry of Health, trying to build awareness not only about accessibility but about employment within the health sector so that people with disabilities “have a seat at the table.”

Such employment, she says, is vital to making services work better for people with disabilities. For example, she says, “if you hire an individual who is Deaf or hard of hearing or is wearing a hearing device, they come from a lived experience. They’re able to relate, connect to the patient or client [with a hearing disability]. They’re able to engage in a way that’s more effective.”

Erin turned her small office into a hotline, taking calls from people trying to cope. “‘What do I do – I don’t know how to treat a bedsore. These were the kinds of calls we’re getting.’” So many that at times she felt overwhelmed.

Once the crisis of COVID-19 passes, she will return to the plans she’s had in place for a while. She hopes to go to law school to become a disability rights attorney specializing in policy, which she views as foundational to creating space for people with disabilities. “I realized that after you find what you like, pursue that aggressively,” she says. “Don’t let anyone tell you, ‘You can’t do it.’ Not everyone is like that. I get that. But access and inclusivity should be there to provide opportunity so that when they wake up in the morning and say, ‘Today is my day,’ there is something in place.”