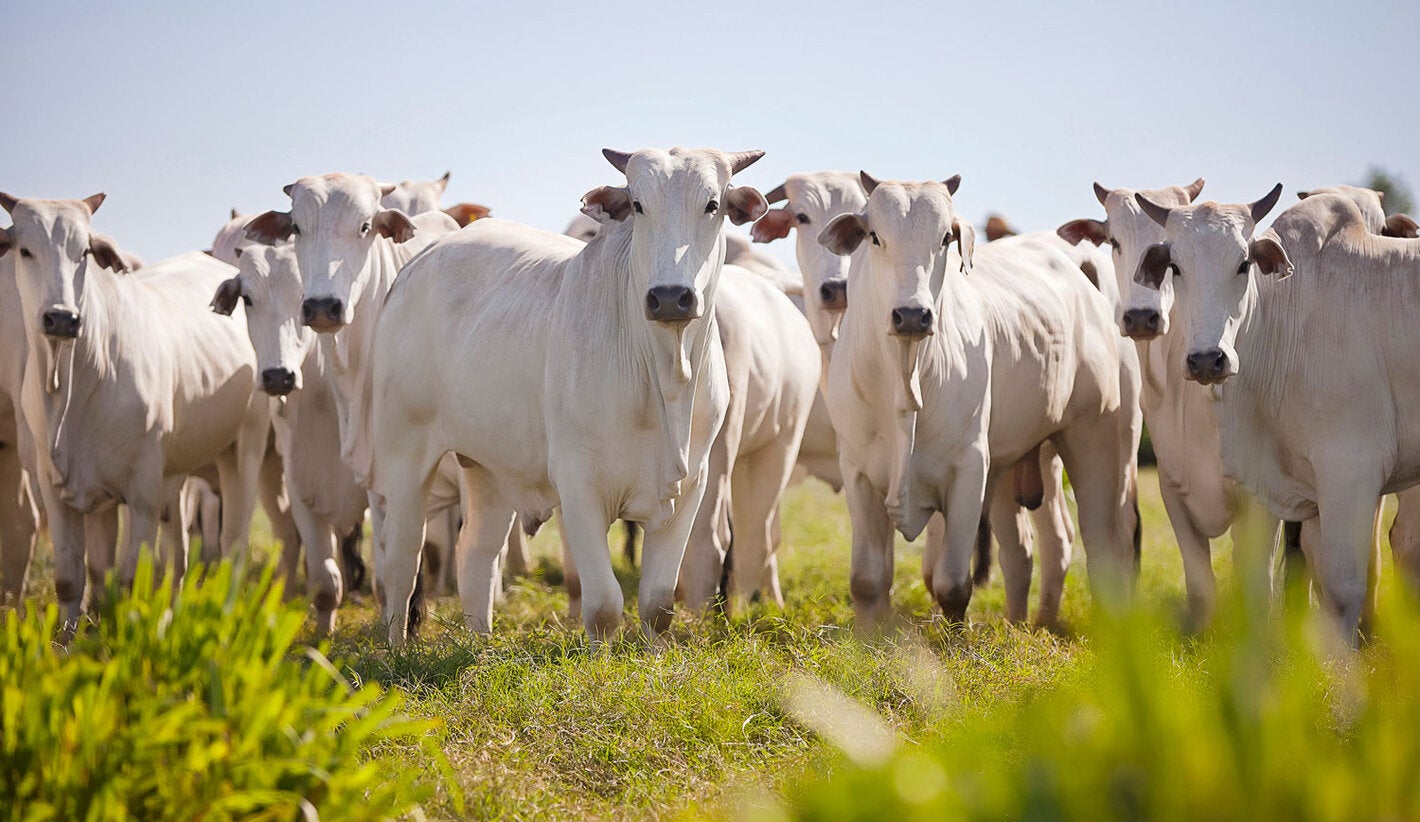 Ecuador, September 1, 2022 (PAHO)- With almost 99% of cattle free of foot and mouth disease (FMD), South America is moving towards its eradication. While the disease does not affect humans, it is highly contagious among animals and can cause significant losses to the agro-livestock sector.

Over the past decade, progress has been significant: While in 2010 the World Organization for Animal Health (WOAH) recognized 85% of the South American cattle population as free of FMD (with or without vaccination), this proportion rose to 98.6% in 2020. The subregion seeks to achieve eradication by 2025.

"Progress towards the eradication of FMD in South America is the result of prevention, surveillance and control measures taken by countries, including vaccination of livestock, early detection and rapid control of outbreaks," said Ottorino Cosivi, Director of the Pan American Center for Foot and Mouth Disease (Panaftosa) of the Pan American Health Organization (PAHO), based in Rio de Janeiro, Brazil.

The vast majority of South American countries have been free of foot-and-mouth disease for more than ten years. The last reported outbreaks of the disease occurred in 2017 and 2018 in Colombia, and were presumably associated with illegal introductions of animals at the border with Venezuela, a country that, although it has not reported new cases since 2013, has not yet been declared free of FMD nor has it ruled out the existence of viral transmission in its cattle population. Colombia was again declared free of FMD with vaccination in 2020.

"Putting an end to foot-and-mouth disease requires strengthening actions in territories that are not yet free of the disease and in border areas where there is a risk of transmission," Cosivi remarked. "To achieve eradication as a region, it is also necessary that countries that use vaccines can remain free of disease when vaccines are no longer used," he added.

Last week, during the 49th meeting of the South American Commission for the Fight against Foot-and-Mouth Disease (COSALFA), public and private sector representatives from the 12 South American countries and Panama, under the PAHO/Panaftosa secretariat, discussed progress of the 2021-2025 Action Plan of the Hemispheric Foot and Mouth Disease Eradication Program (PHEFA) and pledged to continue moving towards eradication.

"Ecuador is working towards the PHEFA objectives of being a country free of FMD when vaccines are no longer used. It is also joining the Regional Bank of Foot-and-Mouth Disease Antigens (BANVACO), which will make FMD vaccines available immediately in case of emergencies," said Patricio Almeida, Executive Director of the Phytosanitary and Zoosanitary Regulation and Control Agency (AGROCALIDAD) of Ecuador, host country of this year's COSALFA. Ecuador experienced its last outbreaks in 2011 and has been recognized as free of the disease since 2015.

The South American Commission for the Fight against Foot-and-Mouth Disease approved three resolutions to maintain and strengthen cooperation with Venezuela; to follow up on the establishment of the BANVACO; and to promote training so that countries in the region are prepared for possible emergencies due to foot and mouth disease, all with the support of PAHO/Panaftosa.

Globally, FMD is endemic in most African countries and in a large part of Southeast Asia. North America, Central America and the Caribbean, as well as Europe, are free of the disease.

The COSALFA meeting was also attended by representatives of the International Regional Organization for Animal and Plant Health (OIRSA), the Inter-American Institute for Cooperation on Agriculture (IICA), the Andean Community (CAN) and the Permanent Veterinary Committee of Conosur (CVP), as well as WOAH and the Food and Agriculture Organization of the United Nations (FAO).

Panaftosa is the PAHO center that works with countries of the Americas to eradicate foot-and-mouth disease and contribute to improving livestock production and increasing the availability of animal products, such as meat and milk, with a strong positive impact on human health. Panaftosa also provides cooperation to prevent and reduce the risk of transmission of diseases from animals to humans (zoonoses), as well as those that can be transmitted through food.

While in Public Health the concept of eradication refers to the reduction to zero of the incidence of an infection globally, caused by a specific agent and therefore, no new intervention measures are required (Dowdle, 1998), the OMSA Terrestrial Animal Health Code states that eradication of a disease in animals is the elimination of a pathogenic agent from a country or zone.