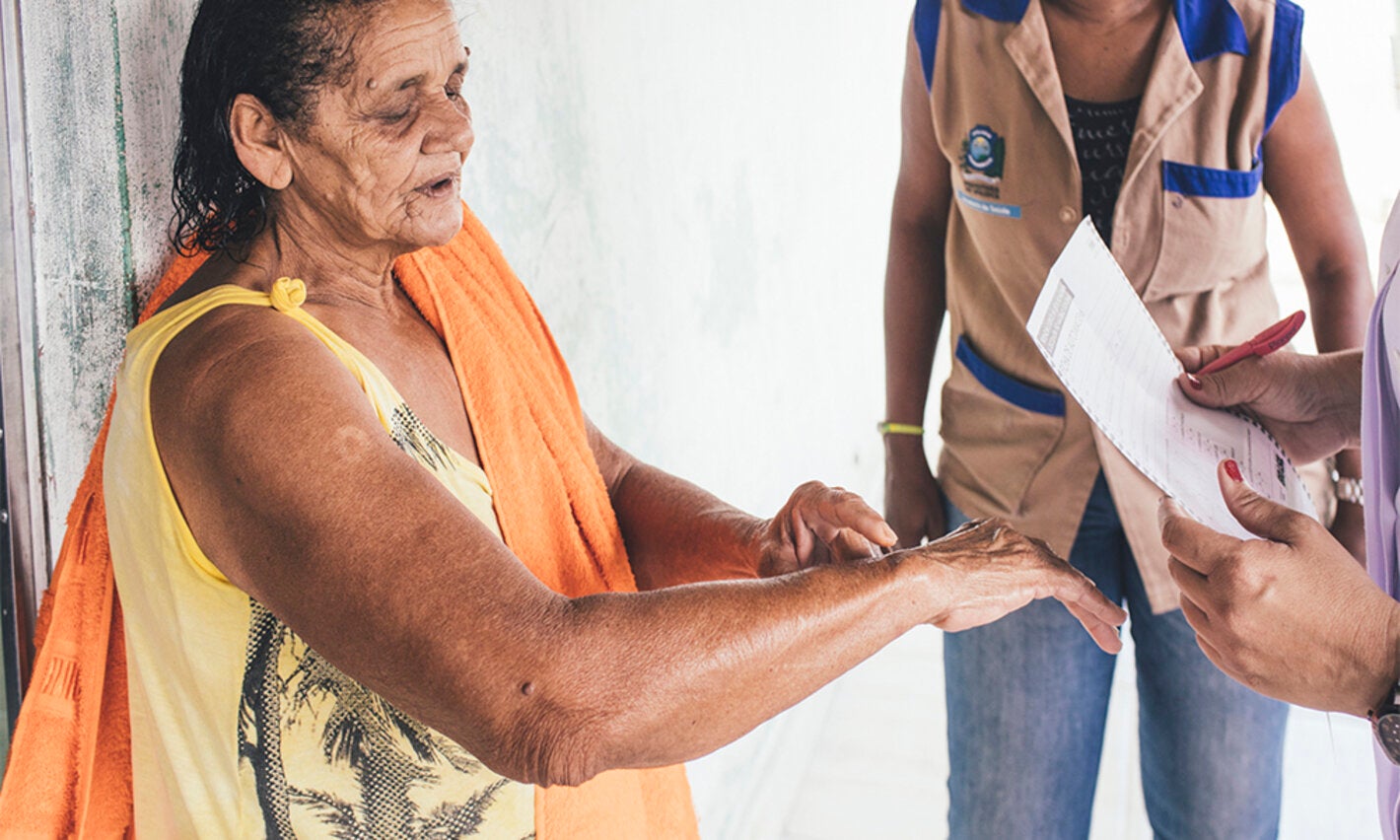 Washington DC., 27 January 2020 - On World Leprosy Day we are renewing our focus on accelerating towards a leprosy-free world and to ensuring this age-old disease is no longer a source of shame and anxiety, stigma and prejudice, but a challenge all of us can unite around to overcome. The theme of this year’s World Leprosy Day, Ending discrimination, stigma and prejudice, is fundamental to ending leprosy. This highlights that negative leprosy-related attitudes and emotions are major barriers to detecting leprosy early, stopping associated deformities and disabilities and preventing the disease’s spread. They are also major barriers to persons affected by leprosy enjoying the dignity and human rights they are due. Special attention should be given to the many women and children affected by leprosy as they are also victims of stereotypes, physical and verbal abuse, delays of diagnosis and lack of adequate care as recommended by the Special Rapporteur on the elimination of discrimination against persons affected by leprosy and their family members.

Over the past several decades, great efforts have been made in controlling leprosy worldwide. The introduction of Multidrug therapy (MDT) for the treatment of Hansen’s disease in the mid-1980s resulted in a significant reduction in its global prevalence, going from over 5 million cases in the 1980s to less than 200,000 new cases in 2019. In the region of the Americas the registered prevalence and the number of new cases detected for leprosy have been on a steady decline and control efforts are guided by Global Leprosy Strategy 2016−2020: accelerating towards a leprosy-free world. In our Region the number of new cases detected decreased by 25% in the ten-year period between 2009 and 2018, from 40,474 to 30,957.

Although progress has been achieved in recent decades, leprosy remains a challenge in the region of the Americas. Hansen’s disease is a relevant epidemiological problem for Brazil due to its magnitude. Brazil is among the 22 countries with the highest rates of the disease and ranks second in the global diagnosing of new cases, accounting for 92% of all cases in the Americas. Leprosy is no longer a priority for low-endemic counties; however national governments need to maintain control activities due to its highly disabling sequelae and the stigma that it still carries and further advance towards the interruption of its transmission. .

Although there are no longer discriminatory laws against persons affected by Hansen’s disease and their family members in the region of the Americas, stigmatization and discrimination persist both in high burden and low burden countries. There are reports of discrimination on the part of health professionals,, education and justice services. PAHO encourages countries to combat stigma, report leprosy based discrimination and implement measures to promote, protect and respect the human rights of those affected by leprosy, and their families.

PAHO remains committed to achieve a leprosy-free region by 2030 and providing all necessary support to member countries to that outcome. All together, we will leave no one behind and will aim to achieve zero leprosy transmission.