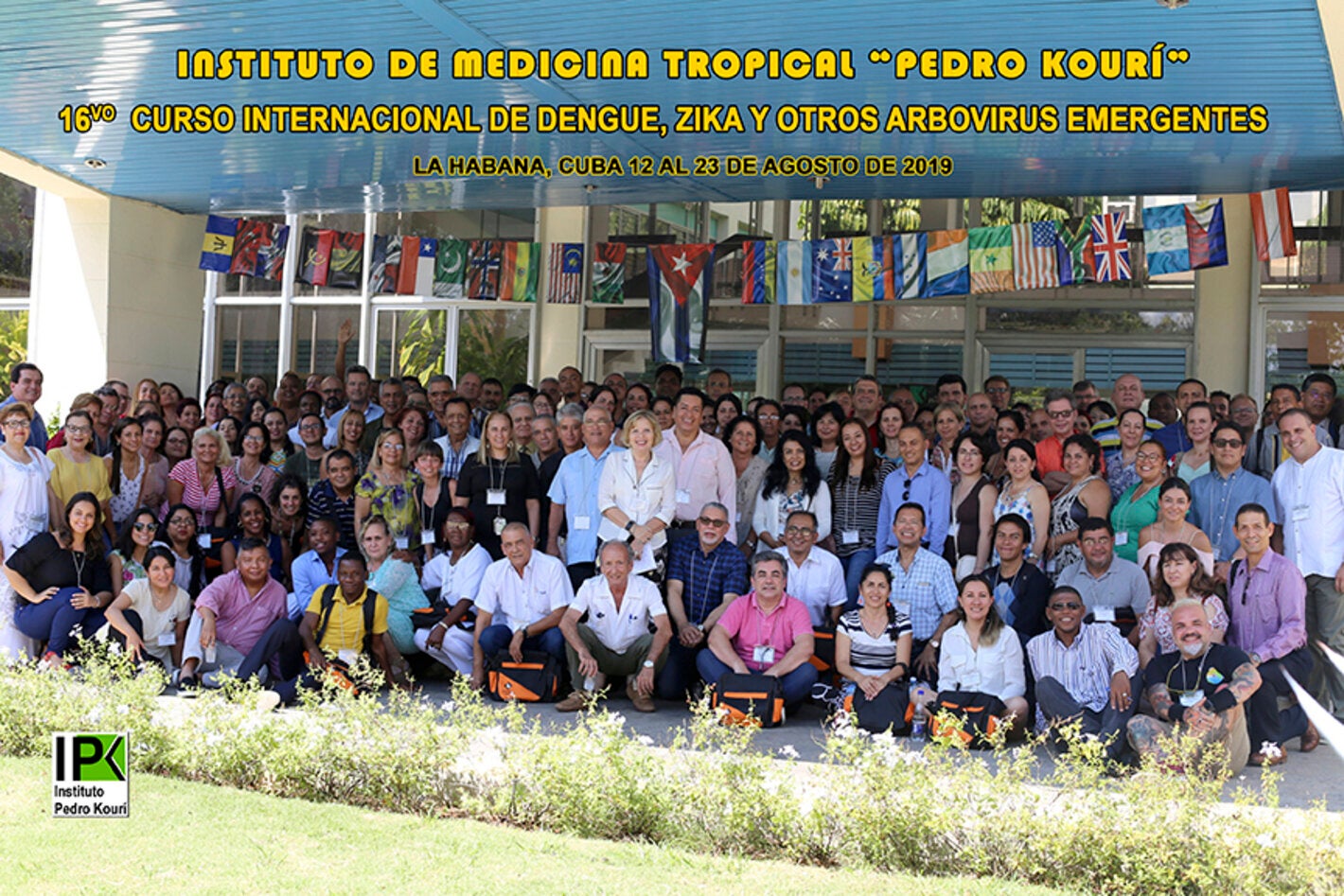 From June 10-14, 2019 a training for managers in clinical management of dengue and other arboviruses was held in Havana, Cuba. This activity is carried out within the framework of cooperation of the Institute of Tropical Medicine "Pedro Kouri" (IPK) as a Collaborating Center of PAHO / WHO for dengue research and its control with the participation of eleven specialists from the English Caribbean (Bahamas, Barbados, Grenada, Saint Vincent and the Grenadines, Suriname, Trinidad and Tobago) and Chile.

In preparation and response to the current epidemiological situation, the PAHO / WHO Dengue Working Group decided to organize this training taking into account a trend of high incidence rates typically occurring in the Caribbean during the second half of the year. The authorities of the Ministries of Public Health immediately agreed to accept this solidarity support to the countries of the subregion.

The main objective is to train doctors from the English Caribbean who provide care for patients with dengue and other arboviruses so that they can then act as trainers and disseminate this knowledge in the subregion. The meeting aims to emphasize the clinical manifestations of dengue, recognize signs of alarm and severity, perform differential diagnosis and classify cases according to severity. In addition, participants were trained in the case definition of chikungunya, including the stages of the disease, its manifestations of severity, complications and the behavior to be followed according to each phase. The course also included an update on the clinical manifestations of Zika, its clinical diagnosis, differential diagnosis, clinical management and the most frequent complications.

This teaching activity will also be supported by Drs. Osvaldo Castro and Daniel González, both IPK clinicians, and will be based on guidelines for patient care in the Region of the Americas (second edition, 2016) and on the Tool for the Diagnosis and Care of Patients with Suspected Arboviral Diseases (Edition 2017).