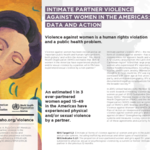 Brochure - Intimate Partner Violence Against Women in the Americas: Data and Action 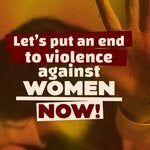 International Day for the Elimination of Violence Against Women 2021 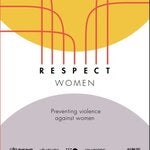 The United Nations defines violence against women as "any act of gender-based violence that results in, or is likely to result in, physical, sexual, or mental harm or suffering to women, including threats of such acts, coercion or arbitrary deprivation of liberty, whether occurring in public or in private life." (1)

Sexual violence is "any sexual act, attempt to obtain a sexual act, or other act directed against a person’s sexuality using coercion, by any person regardless of their relationship to the victim, in any setting. It includes rape, defined as the physically forced or otherwise coerced penetration of the vulva or anus with a penis, another body part, or object."

Violence against women is a human rights violation, social justice and public health problem that touches every level of society in every part of the world.  From young girls to older women, one out of every three is beaten, coerced into sex, or otherwise abused in her lifetime.  WHO studies show that intimate partner violence is the most common form of violence against women worldwide.

Violence against women poses serious consequences to women's health and well-being.  Studies have linked violence against women and girls to a host of physical and mental health problems.  Certain high-risk behaviors are all significantly more frequent among victims of intimate partner and sexual violence.

The health sector can play a vital role in responding to and preventing violence against women. This role includes helping to identify abuse early, providing victims with treatment, and referring women to appropriate and informed care. The health sector must also work to prevent violence from ever taking place.  And as the public health approach to prevention clearly stipulates, the first step in preventing violence is to understand it and the health sector has a key role in helping us to measure and understand violence against women.

Below are four priority areas for violence prevention in the region:

1 in 3 ever-partnered women aged 15–49 in the Americas have experienced physical and/or sexual violence by a partner.

30% of women in the Americas have experienced physical and/or sexual violence by a partner.

11% of women in the Americas have experienced sexual violence by a non-partner.

International Day for the Elimination of Violence Against Women 2021 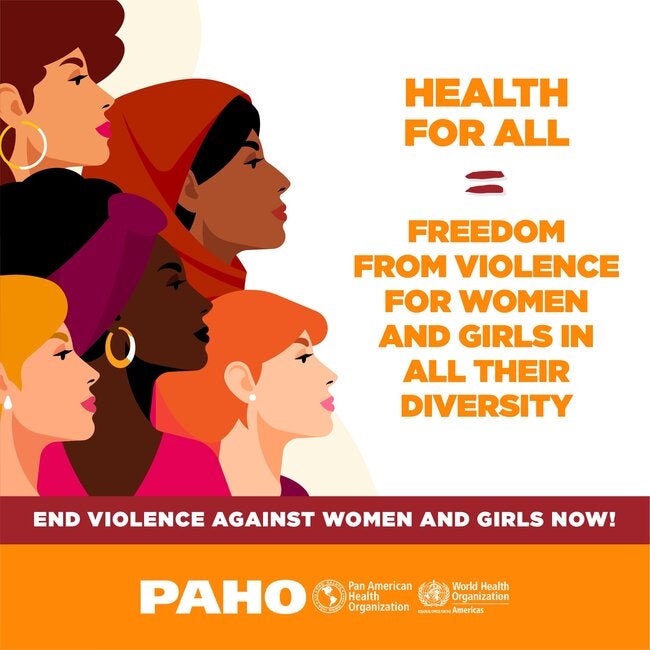 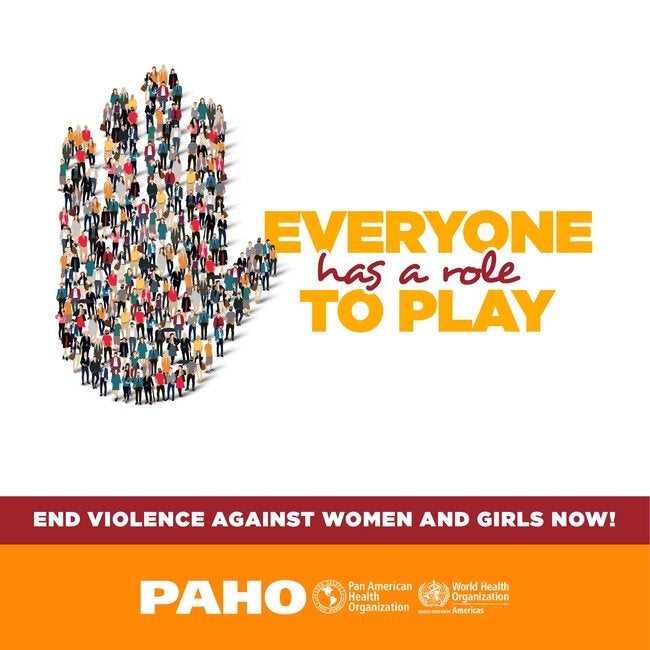 COVID-19 AND VIOLENCE AGAINST WOMEN

What The Health Sector/System Can Do 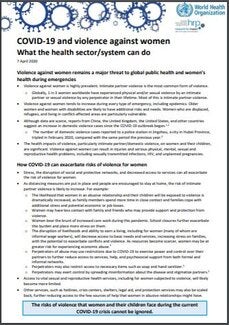 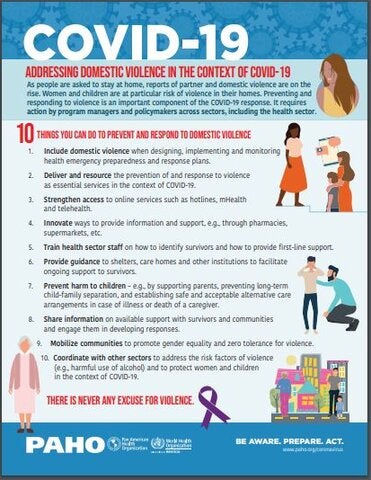 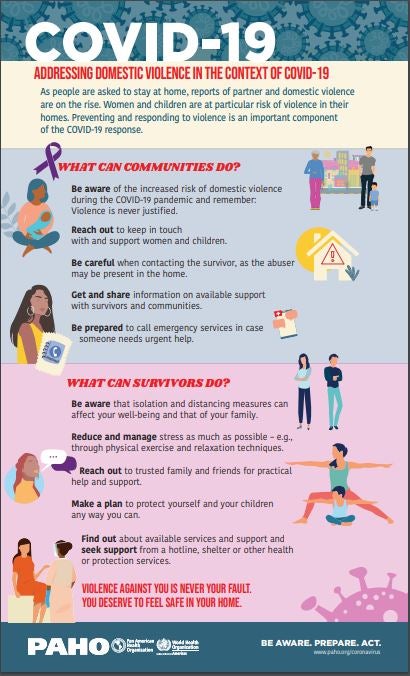 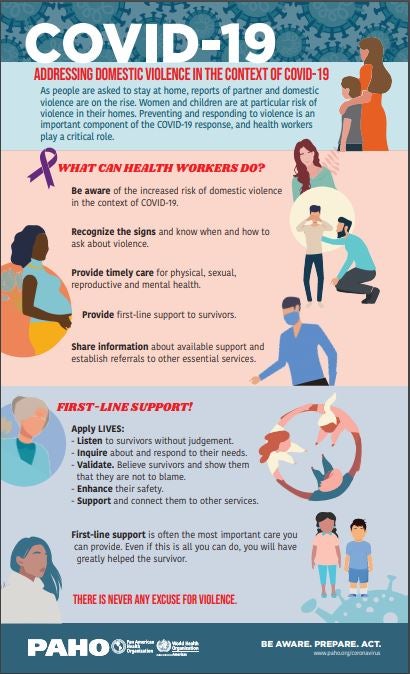 Risk Of Domestic Violence During The Covid-19 Pandemic 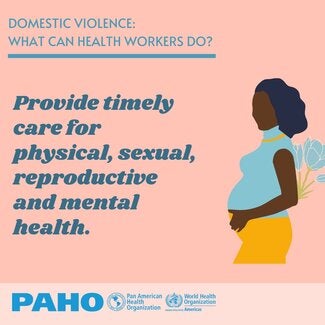 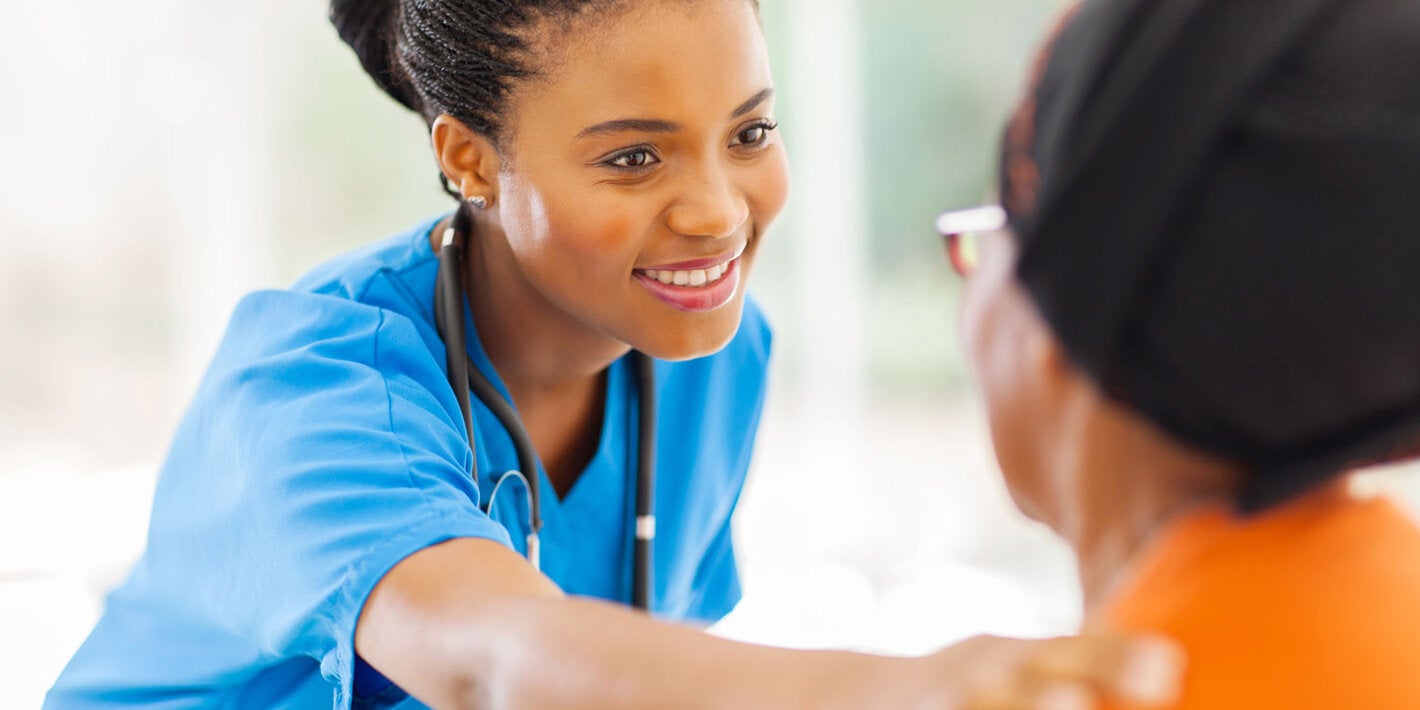 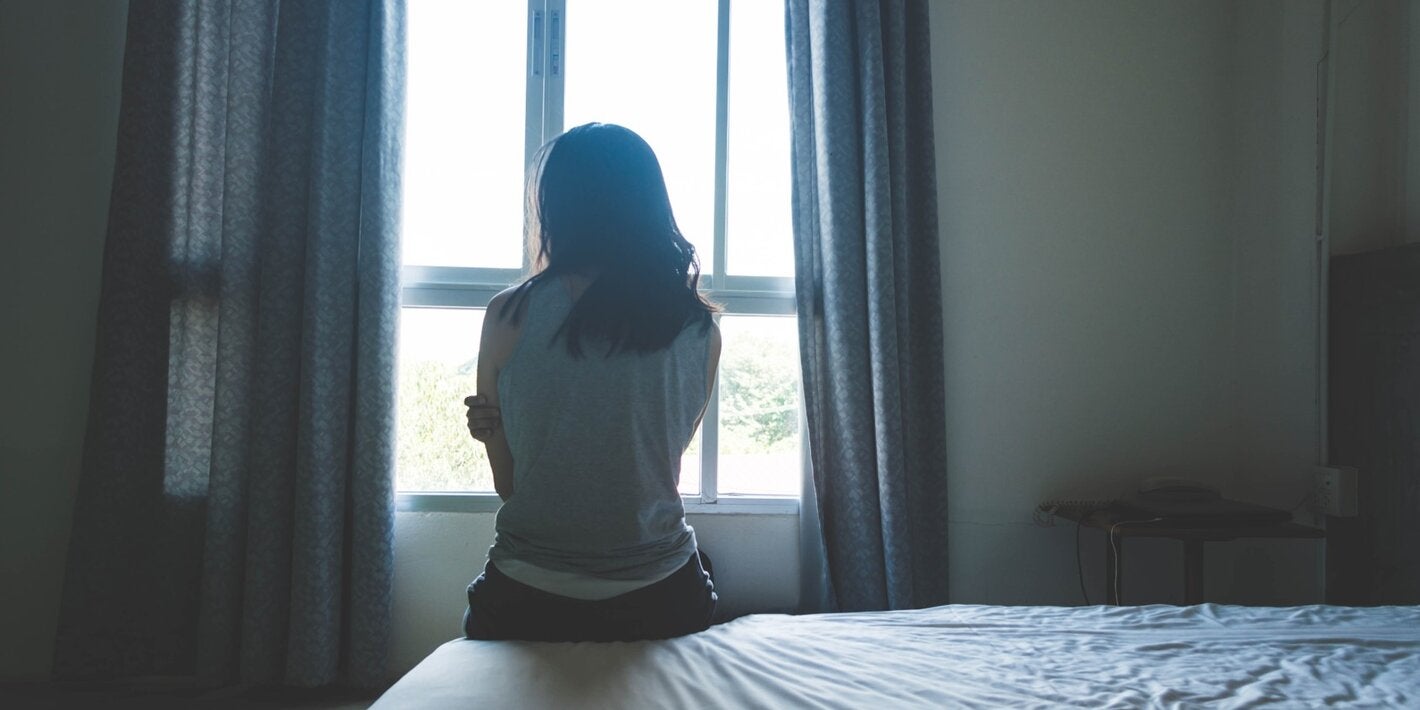 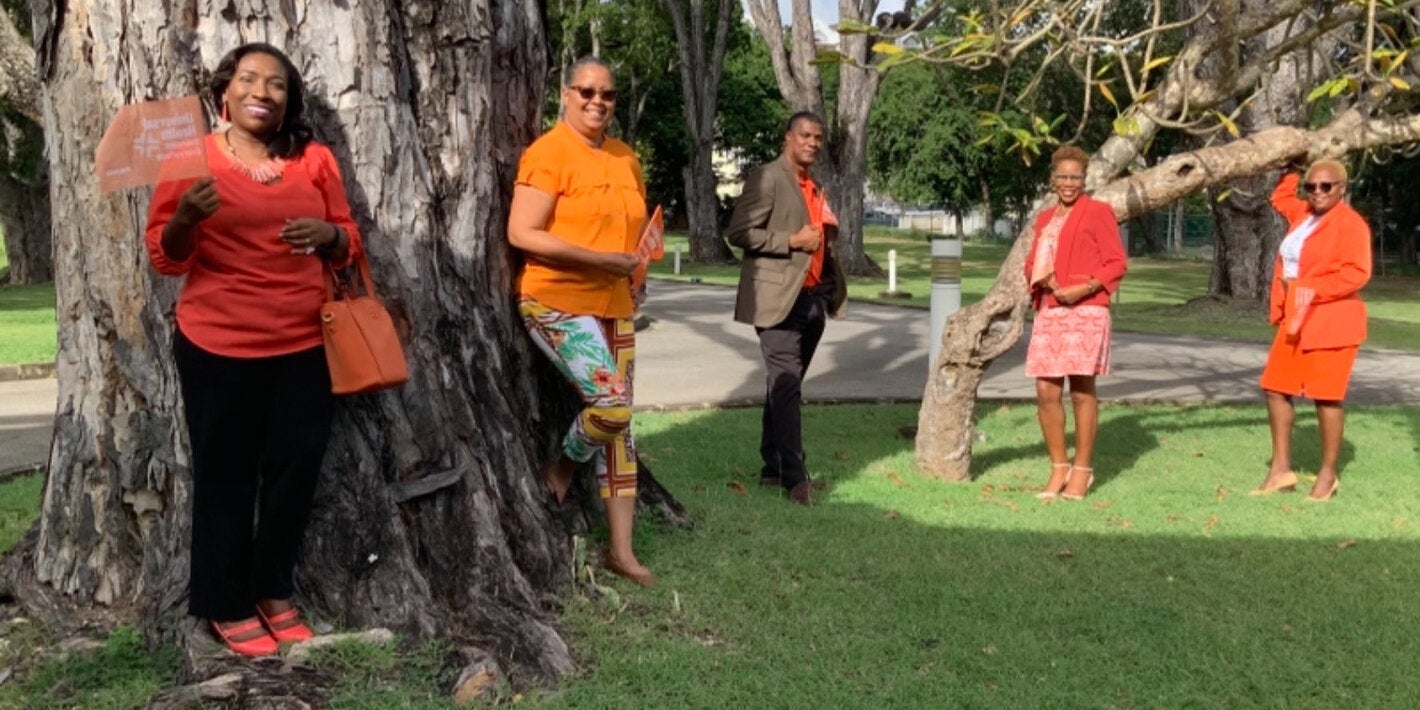 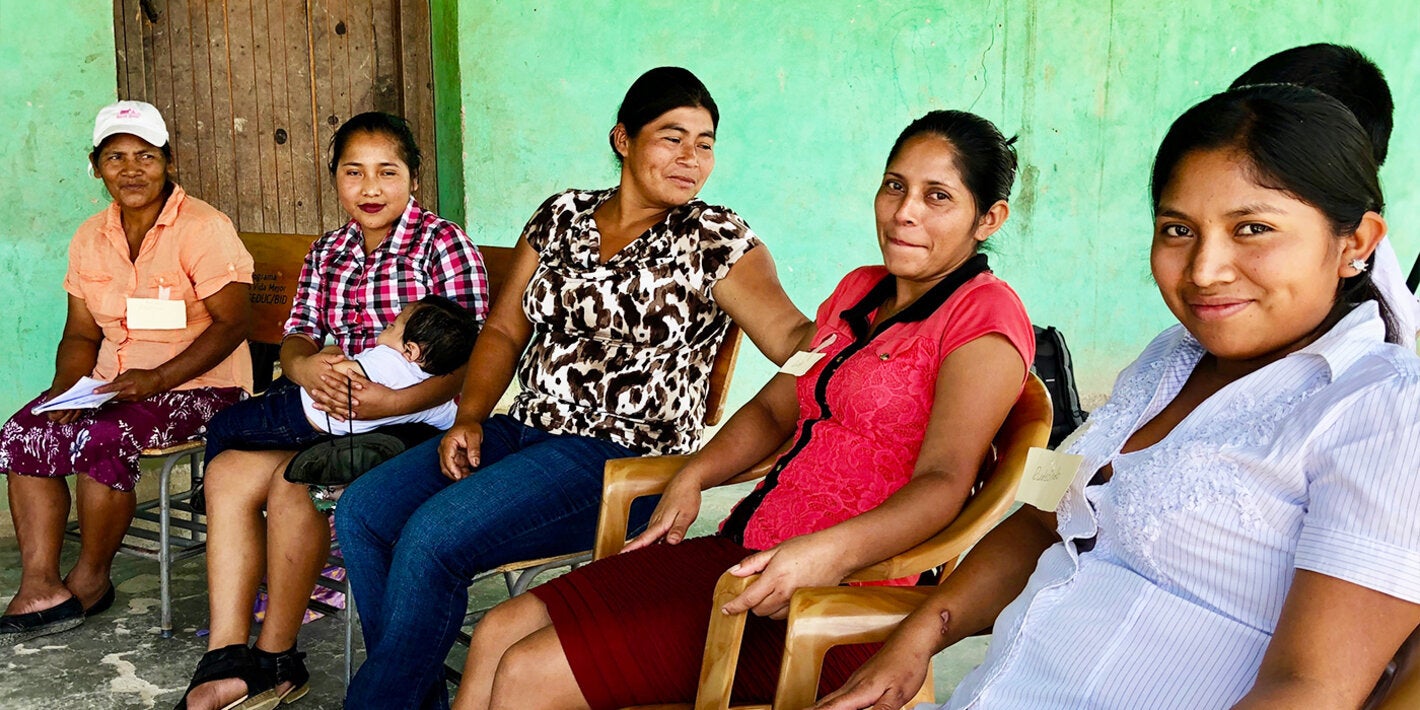 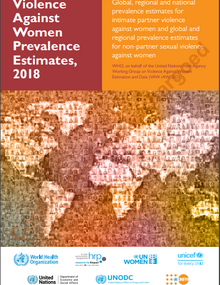 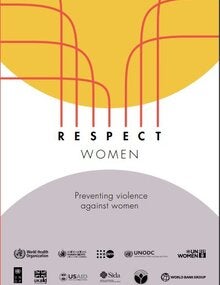 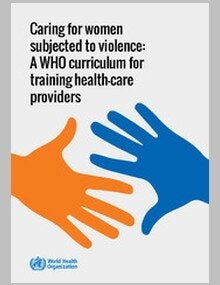 22 Jul 2020
Caring for women subjected to violence: a WHO curriculum for training health-care providers 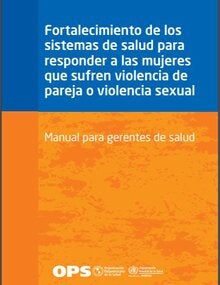 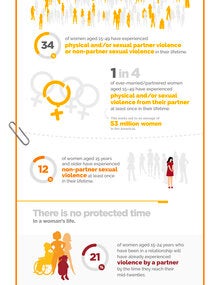 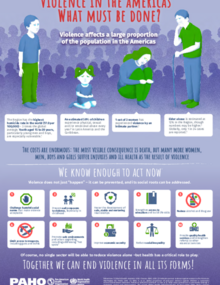 17 Nov 2020
Infographic: Violence in the Americas. What must be done? 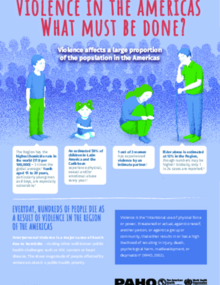 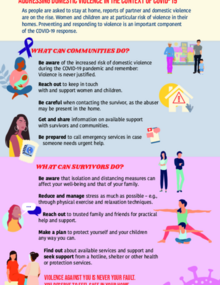 16 Jun 2020
Infographic: Addressing domestic violence in the context of COVID-19 (for communities)
END_OF_DOCUMENT_TOKEN_TO_BE_REPLACED 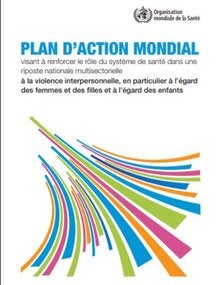 13 Dec 2016
Global plan of action to strengthen the role of the health system within a national multisectoral response to address interpersonal violence, in particular against women and girls, and against children 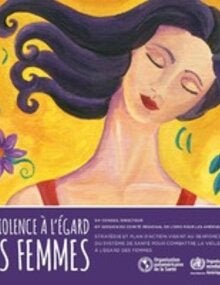 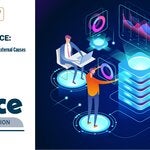