In Honduras, information technologies will help in the diagnosis of heart conditions secondary to Chagas disease

A project presented by the National Autonomous University of Honduras (UNAH) was one of the winners of the call for proposals for the implementation of IS4H projects promoted by the Pan American Health Organization. The project, "Application of mHealth devices for Screening and Telediagnosis of cardiac conditions secondary to Chagas' disease in the community for primary care teams", has as main objective to develop and implement a mHealth platform and protocol for Screening and Early telediagnosis of cardiac affections secondary to that disease. 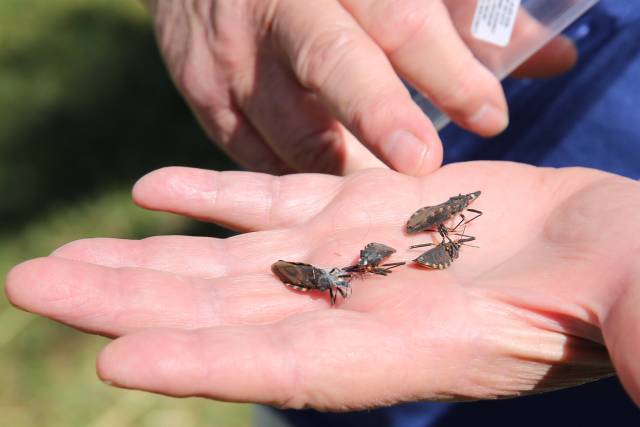 The traditional health surveillance creates serious information gaps within the health system, generating deterioration in the capacity to respond.

The team is developing software and hardware for the implementation of mHealth and telemedicine in populations of rural and urban areas endemic to Chagas, for deployment in Primary Health Care. Once the technology is completed, it will be deployed and implemented, for screening, early detection and remote monitoring by health teams of suspected cases in Chagas endemic areas.

As of 2016, within the framework of the new National Health Model, the Directorate of Services of the First Level of Care of the Ministry of Health defined the policy on primary health care through the approval of the Operational Guidelines for Family Health Teams and their corresponding guide. These normative documents establish in detail the steps necessary for the execution of this strategy.

Among the stages are the processes of sectorization, sketch, mapping, diagnosis and dispensing by risk of the population. This regulation also defines the application of the family health card and this is where this strategy makes sense, since it would be introduced as a tool to define the individual personal risk and as an early detector of abnormalities that could indicate early stages of this disease or others that affect cardiac capacity in populations of endemic areas.

Within the framework of the policy described, the use of open digital information and georeferencing systems in communities of some departments where it has been working has been implemented by the Department of Public Health of the UNAH and the SESAL. This is mainly for academic purposes in the teaching of information and communication technologies (ICT) for medical students and for having an electronic database of communities supporting the sectorization, mapping and dispensing of users (since these processes are traditionally done only in a physical manner, which causes loss of information, difficulties in updating, deterioration, among others).

It is important to mention that in these processes, health surveillance is traditionally carried out passively, especially in the area of ​​Chagas surveillance, where the situation becomes even more difficult since both detection, monitoring and treatment of cases occur within the health system serious information gaps, generating deterioration in the response capacity of the same as well as advances to serious stages of the disease many times detected when arriving at hospital emergency and without having greater answers to the needs of the patient.