The World Salt Awareness Week aims to encourage the implementation of evidence-based interventions to reduce salt consumption in the population to protect cardiovascular health. The theme for this year is "Hide and Seek!", to highlight the issue of the "hidden" salt in many processed products, ready-to-go and restaurant foods, and the difficulties that the consumers face to "seek" for lower salt options.

That excessive consumption of salt/sodium adversely affects blood pressure is irrefutable. Consuming less than 5 g/ salt (< 2 g of sodium) per adult per day, from all sources, is the WHO recommended limit and the target that countries are to aim for with their dietary salt/sodium reduction initiatives. The country level target is a 30% relative reduction in mean population intake, between 2010 and 2025. Salt/sodium consumption in the Region of the Americas is well above the recommended limit. Among eight countries in the Region with data as of 2015, daily salt intake per person ranges from 8.5 g to 15 g.

1.- The reformulation of food products to contain less salt/sodium and the setting of target levels for the amount of salt/sodium in foods and meals.
2.- The establishment of a supportive environment in public institutions such as hospitals, schools, workplaces and nursing homes, to enable lower sodium options to be provided.
3.- Behavior change communication and mass media campaigns to raise awareness on salt consumption reduction.
4.- The implementation of front-of-pack labeling to provide easy to read and easy-to-understand information for consumers.
5.- Monitoring (salt/sodium population intake; knowledge, attitudes and behavior - KAB; salt/sodium food content - reformulation)
6 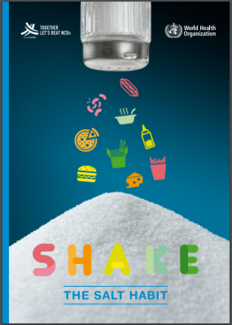 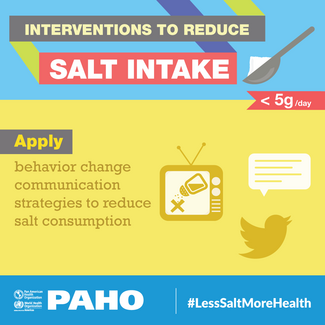 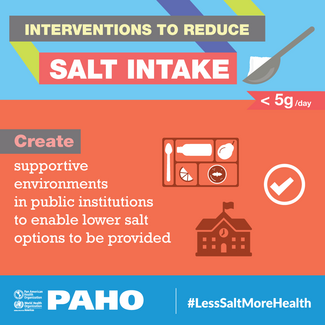 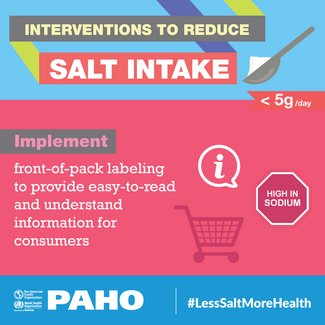 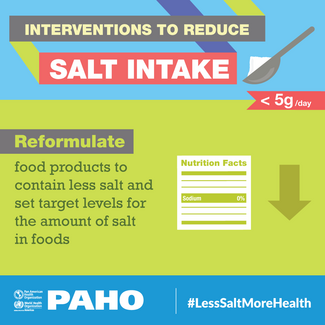 Reformulate food products to contain less salt and set target levels for the amount of salt in foods Download (67.54 KB) 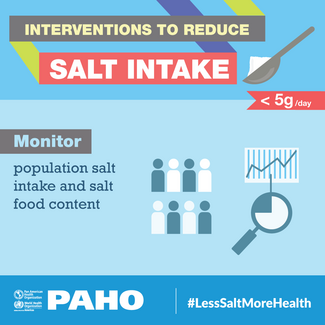 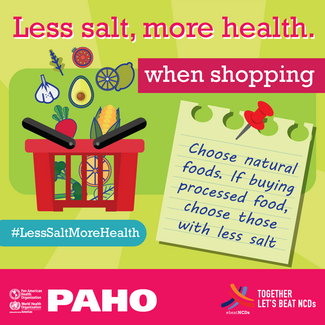 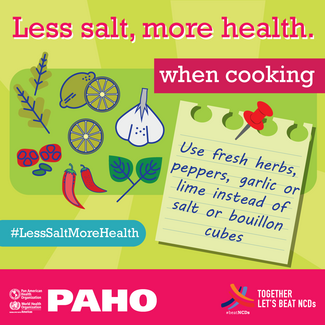 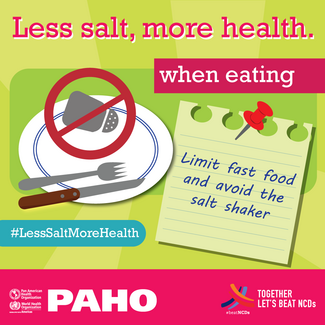 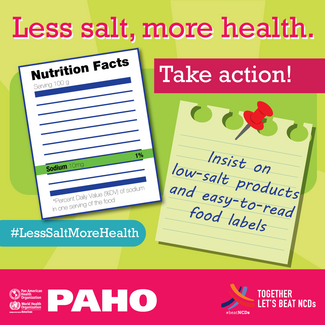