The experiences in terms of IS4H in the countries of South America are as diverse and heterogeneous as the countries of the region. But even with all the differences, there is a high degree of interest, participation and involvement shown by the different countries, which remain open to cooperation and the exchange of practices and initiatives. That was made clear at the most recent high-level meeting on IS4H, which was held in July 2018 in Bogotá, Colombia. 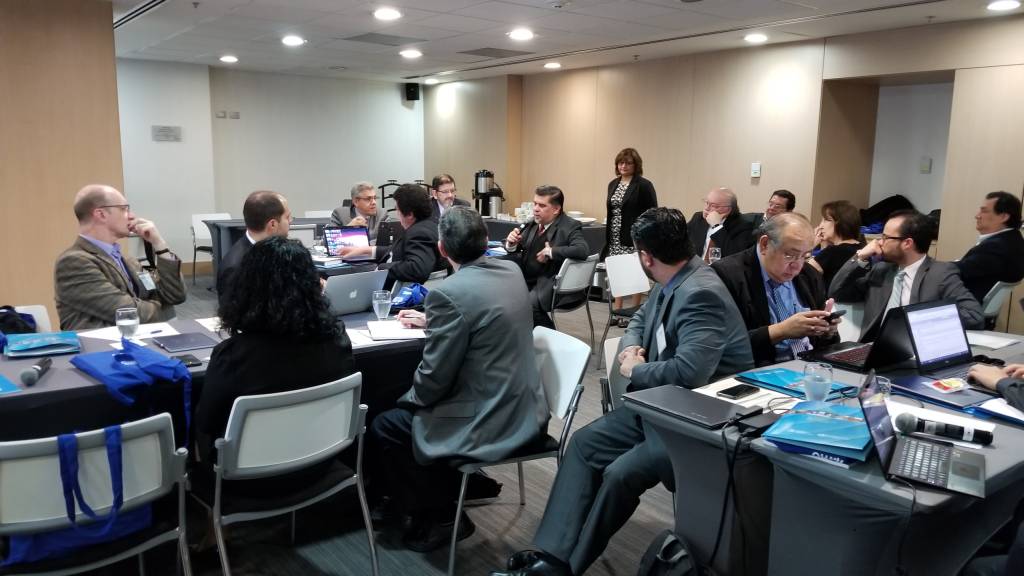 Photo of the meeting in Colombia.

The South American countries also hope that PAHO can align its technical cooperation to the needs of the countries, so that they can overcome the existing challenges, such as the need for permanent updating of the technological infrastructure, the closing of the technological gap and the lack of technical capacity of human resources, among others. It is clear that the South American countries want to keep IS4H in the national and international agendas, to ensure the sustainability of existing projects and the creation of new initiatives.