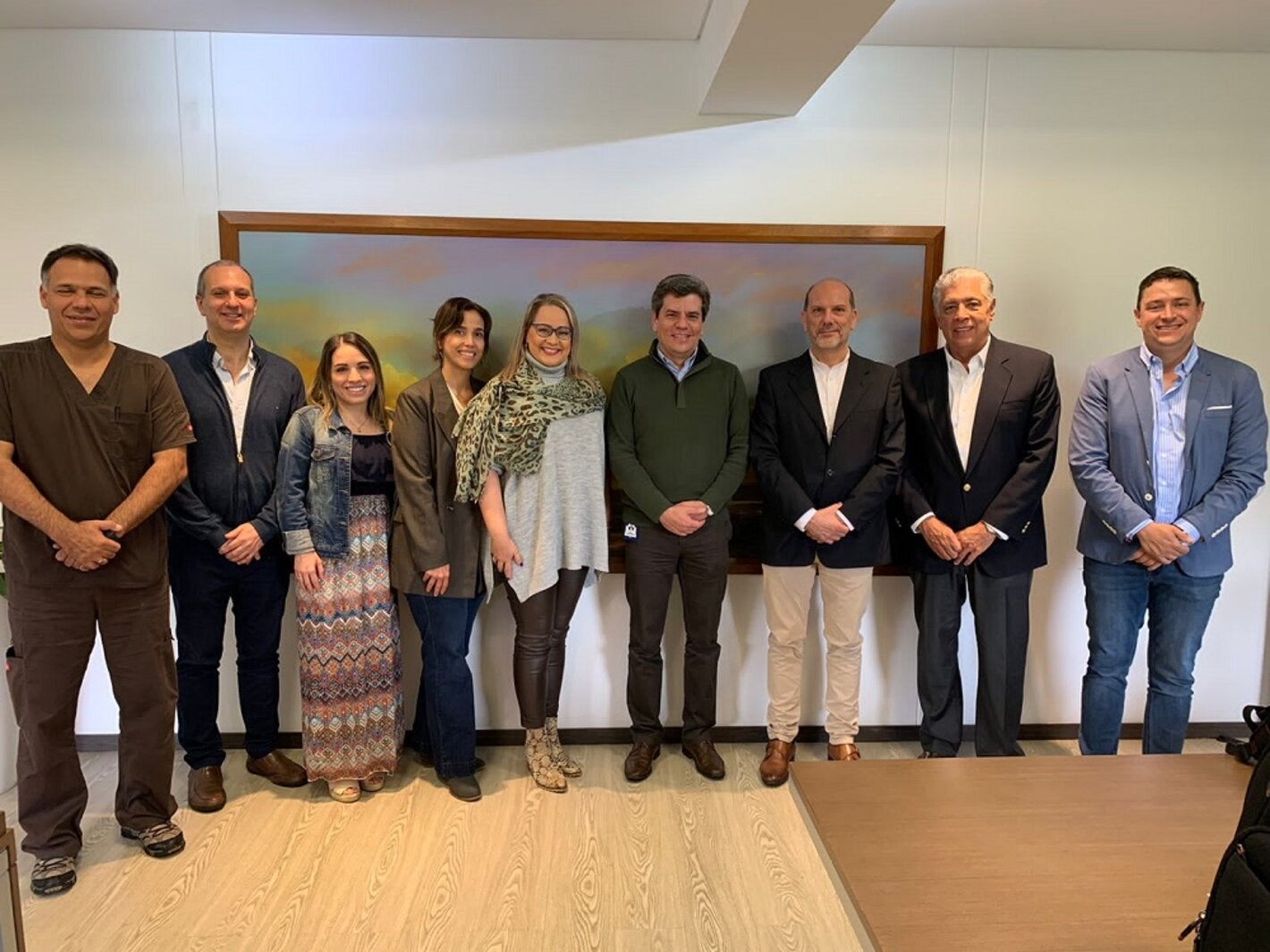 Montevideo, November 22, 2022. On November 18 and 19, the first training workshop for health professionals took place within the framework of the "Zero Maternal Deaths due to Obstetric Emergencies" project of the Pan American Health Organization (PAHO).

The activity took place at the CES University in Medellin, Colombia, and was attended by more than 40 professionals from Bolivia, Colombia, Ecuador, El Salvador, Honduras, Guatemala, Peru, Dominican Republic and Uruguay. PAHO advisors from Colombia, Cuba and Mexico also participated.

The purpose of the workshop was to train medical and non-medical trainers in improving the quality of care in various obstetric emergencies, with the aim of consolidating teams to replicate the knowledge in the different countries of the region.

The regional advisor for Maternal Health of the Latin American Center for Perinatology - Women's and Reproductive Health (CLAP/WR), Bremen De Mucio, referred to the relevance of this initiative. "The Covid 19 pandemic has hit women's health very hard. Maternal deaths increased and set us back several years from the figures we had. But when we look a little bit beyond 2019, we see that the annual rate of decline in maternal mortality reduction in the countries of the region is extremely low. So low that it will not be enough to meet the commitments made by all the countries in the region. This is an extremely serious issue because it expresses the persistence of preventable maternal deaths".

The CLAP/WR advisor expressed that "In the region of the Americas there is a group of deaths from direct causes that continue to be high, and the vast majority of these deaths are preventable". In this context, this initiative is based on a previous strategy, which had a very positive impact in the region and was known as "Zero maternal deaths from hemorrhage". Now the spectrum has been broadened to include various components in a training package that is intended to reach all hospitals and is called "Zero maternal deaths due to obstetric emergencies. In addition, training has been included to reduce indirect maternal deaths, particularly those caused by Covid 19 and influenza.

For his part, the International Federation of Gynecology and Obstetrics (FIGO) trustee for Latin America for this initiative, Edgar Iván Ortiz, stated "Since 2013 we have been working in the region on how obstetric emergencies can be addressed to reduce maternal mortality. We have generated several milestones, but it has not been enough. Now, based on the lessons learned, we are able to complement what has been done and have a greater impact on the reduction of maternal deaths".

Ortiz also referred to the contents of the intervention, which includes topics such as postpartum hemorrhage, hypertensive disease, sepsis, resuscitation, among others.

When asked about the role of CES University in this process, Rector Manuel Acevedo Jaramillo stated that "CES University is truly proud to be able to contribute to the mission that CLAP has outlined. Several of our teachers have been beneficiaries of CLAP's programs and learning experiences, which undoubtedly contribute to improving health conditions in maternity and gynecology. That is why the university, in its commitment to education, research and, above all, social transformation through best practices in health services, decided to invite PAHO's CLAP so that we can build new work routes together."

Regarding the center's capabilities, he said, "This university is characterized by having learning models based on simulation... it is possible to simulate real scenarios in which doctors, nurses and other support personnel have to deal with complex situations. We believe it is necessary to put these capabilities at the service, not only of our students and not only at the service of Colombia, but of all Latin America, so that we have better educated and better trained personnel, and so that we can jointly carry out research on specific problems that lead to changes in procedures and methodologies. A procedure performed in a timely and effective manner saves lives and for that life it is worth all the effort".

The contents of this workshop were previously validated by experts from the region at a meeting held in Panama in August.

This action is an initiative of CLAP/SMR developed within the framework of Canadian cooperation with PAHO and is also supported by FLASOG.