Re-Introduction of the Hepatitis B vaccine among newborns in St. Kitts and Nevis: from evidence to action

In 1985, a Hepatitis B seroprevalence study conducted in St Kitts and Nevis revealed high prevalence rates of Hepatitis B infection (HBV) with the highest risk of acquiring the infection occurring during the perinatal period and in early school years.

In response, the government of St Kitts and Nevis sought to introduce a plasma-derived Hepatitis B vaccine to infants in 1988. The programme was discontinued because of public concerns about the risks of a plasma-derived product.

A recombinant Hepatitis B vaccine was successfully introduced to infants in 2000, as part of a pentavalent combination at ages two, four and six months as recommended. The Ministry of Health, however, was still interested in ascertaining the national prevalence of Hepatitis B infection.

In 2011, the Ministry of Health collaborated with the Caribbean Epidemiology Centre (CAREC) and the Pan American Health Organization (PAHO) to conduct a seroprevalence study to assess the response to the vaccine. The antenatal population was selected (n=317) since perinatal transmission and its sequelae are associated with significant morbidity and mortality in infants. The study found 3.2% of the pregnant women positive for HBsAg, and 52.4% of the pregnant women tested negative for anti-HBs.

These findings informed changes to the immunization policy and schedule. In October 2015, a birth dose of recombinant Hepatitis B vaccine was re-introduced with inoculation given within 24 hours of birth. This is in keeping with the PAHO/WHO's 2009 recommendations for a Hepatitis B vaccination schedule in an intermediate/moderate endemic zone.

Infants are now given the newborn dose in addition to the three-dose pentavalent combination.

At the end of 2015, 122 newborns were already vaccinated with 100% acceptance of the vaccine. Successful implementation may be attributed to longstanding public confidence in and support for the national vaccination programme, a robust communication strategy, and unequivocal political support. 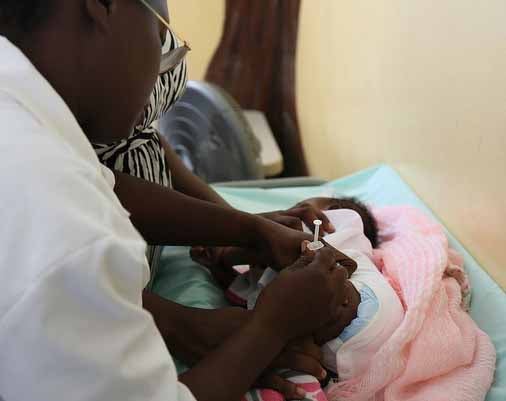