MARCH OF DIMES- Neonatal Health in the Americas

Care of newborns born prematurely or with congenital defects

March of Dimes and PAHO promote research, capacity-building, and advocacy to address prematurity and birth defects

With a long history and technical expertise in addressing the health of newborns and their mothers, March of Dimes works to give all children the best possible start to their lives. Part of its work focuses on the care of premature babies, on the prevention and care of children with birth defects, and on the prevention of mortality in newborns.

March of Dimes and the Pan American Health Organization (PAHO) collaborate on research and training health personnel on the care of premature babies and those with congenital defects, as well as on advocacy activities, so that the countries of the Americas can develop effective interventions to save the lives of newborns.

The non-profit organization was founded in 1938 by then-president of the United States, Franklin D. Roosevelt, under the name of the National Foundation for Infantile Paralysis and with the aim of fighting polio. It funded research and the development of the polio vaccine, and its support was key to eliminating polio in the United States. The March of Dimes reoriented its mission to research on birth defects and to establishing treatment centers across the country. It later expanded its work into genetics and perinatology.

Today's prenatal and newborn care—including nutrition, labor and delivery, postpartum care, baby care, pregnancy complications, preterm labor, birth defects, and other conditions—are the main working topics of March of Dimes. The organization supports the development of research, the education of health workers, and the promotion of these issues through massive campaigns directed at the public. 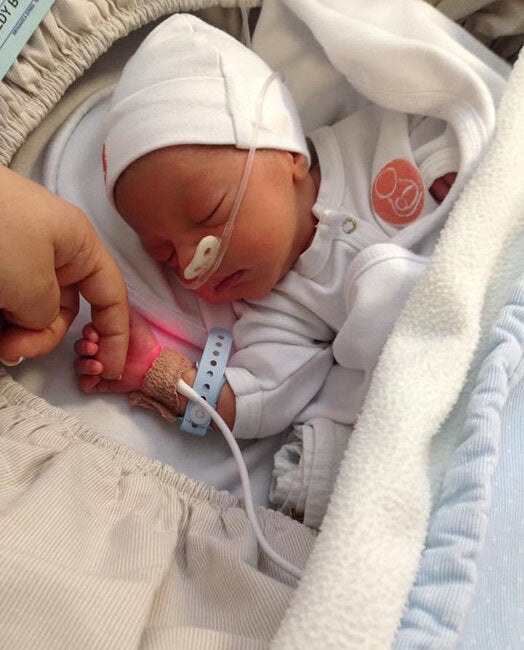 March of Dimes has collaborated with PAHO's Latin American Center for Perinatology, Women's Health, and Reproductive Health (CLAP/SMR) as a Non-State Agent in Official Relations since 2001. This is a privileged status granted by PAHO's governing bodies to certain organizations, and it includes a three-year collaboration agreement and the possibility of participating in PAHO governance sessions.

Since 2013, this alliance has focused on research and on training in-country health personnel to collect information on premature newborns, the burden of disease, infections, and birth defects. They have worked on materials on infections transmitted from mother to child, and they have evaluated legislation and the availability of support programs in the care of these babies, as well as the economic costs of premature birth in the region; all of this has helped to guide effective public health interventions.

A key topic for this alliance was the joint promotion to establish a World Birth Defects Day, which since 2015 has been celebrated on March 3 to give greater visibility to this issue. March of Dimes also played a central role in launching World Prematurity Day, commemorated every November 17, which provides information on the health consequences to children of premature birth..

The joint work between PAHO/CLAP and March of Dimes has allowed countries of the Region to strengthen interventions to reduce the disease and disability associated with premature births and birth defects. Based on the work of this alliance, more and more countries now have surveillance systems for birth defects, which allows them to develop more effective actions when addressing the care of children.

March of Dimes is an exceptional partner for PAHO and for this reason, PAHO’s governing bodies granted this ally the privilege of being in official relations. March of Dimes brings its knowledge of the subject, its prestige and its network of experts around the world, as well as a key communication and mobilization capacity, to give greater visibility to premature births and congenital defects.