A Bahamian physician and public health expert, Dr. Dahl-Regis is best known for her leadership of the International Expert Committee (IEC) for verification of the elimination of measles, rubella and congenital rubella syndrome and for her advocacy and support of the regional Dual Elimination Initiative, aimed at eliminating mother-to-child transmission of syphilis and HIV in the Americas. She most recently was invited to contribute her expertise on disease elimination as chair WHO's Global Validation Advisory Committee. 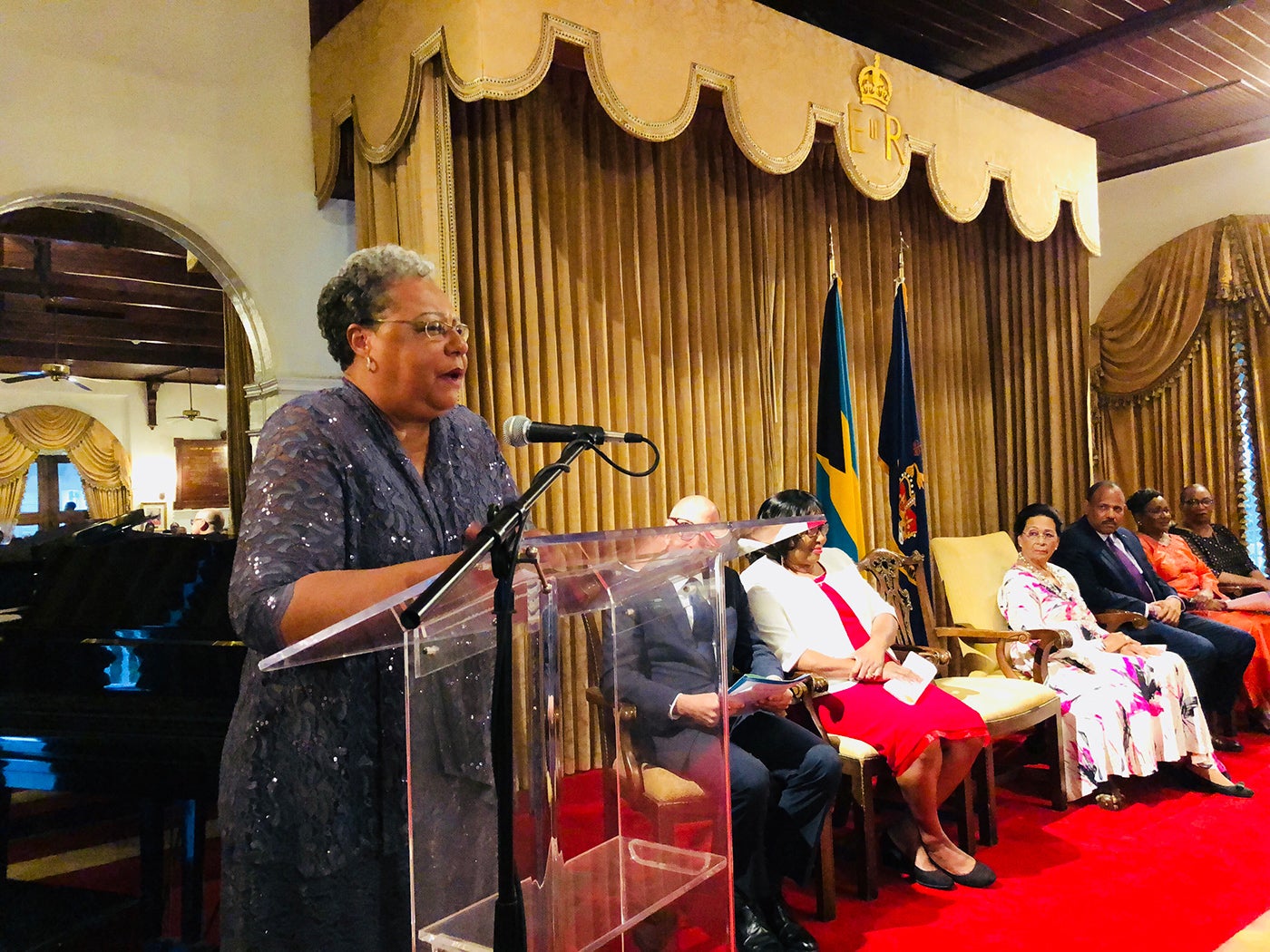 "Dr. Dahl-Regis' list of accomplishments is long. But in addition to their number, there is something quite special about them, in that the most important ones in the areas of immunization and the elimination of Mother-to-Child Transmission of HIV and Congenital Syphilis are also regional achievements. They are historical milestones for public health in the Americas", said Dr. Carissa F. Etienne, Director of PAHO, during the Award ceremony today. "She has carried on that Bahamian tradition of providing leadership for the pursuit of ambitious collective health goals. She has done so within the CARICOM sub-region, in the Americas as a whole, and most recently at the global level".

Dr. Dahl-Regis was one of the first women to graduate in medicine in the Bahamas during the 1960s. Early in her career, she recognized the vital role of primary health care and universal access to clean water, sanitation, good nutrition and vaccines, and dedicated her work to ensuring the health and well-being of people throughout the Americas and beyond.

"She is just the second Caribbean national and the first Caribbean women to receive this prestigious award," added Dr. Etienne. "The title of Public Health Hero of the Americas is not one that is bestowed lightly, but I know that those of us who have work with, studied under, been cared for or mentored by her, will agree that she merits a place among this distinguished group of public health servants".

"This recognition of the work I have done in public health does not belong to me alone. I could not have done it without the contributions of so many, particularly of the health care workers in the field, the staff at all levels, my family, my friends, and lots of faith and prayers", said Dr. Dahl-Regis. "I am really grateful for being recognized".

Dr. Dahl-Regis spearheaded a variety of ground-breaking health initiatives in the region. She was a strong advocate for maternal and child health services, working tirelessly  with PAHO's Latin American and Caribbean Center for Perinatology, Women and Reproductive Health, to ensure improvements in these areas. As Chief Medical Officer in the Bahamas, Dahl-Regis also established the Comprehensive Adolescent Health Care Center in Nassau, which provides a holistic approach to health and development.

In 2010, Dr. Dahl-Regis was appointed to lead PAHO's International Expert Committee (IEC) for verification of the elimination of measles, rubella and congenital rubella syndrome. Thanks, in great part, to her outstanding leadership, tireless commitment and holistic understanding of specific country needs and realities, during her tenure the Americas became the first region in the world to be declared free of measles and rubella.

As well as her work leading efforts towards the elimination of vaccine preventable diseases, Dr. Dahl-Regis' career was also distinguished by her contribution to the success of the dual Elimination Initiative, which seeks to prevent mother-to-child transmission of syphilis and HIV.

The impact of Dr. Dahl-Regis' work is also felt at a global level. In 2015, she was invited to chair WHO's Global Validation Advisory Committee, a role that she continues to carry out today. She is also in demand in other regions to provide guidance for verifying the status of measles and rubella elimination.

Dr. Dahl-Regis has received numerous honors during her career, including the PAHO Award for Administration, which recognized her outstanding contribution to healthcare management and research, and to medical education in primary healthcare.

The PAHO Public Health Heroes initiative recognizes individuals for their invaluable contributions to public health in the Americas. Previous heroes include, among others, Dr. Mirna Cunningham of Nicaragua, who worked as an advocate for human rights, the collective rights of indigenous peoples, and women's health; and Dr. Maria Isabel Rodriguez of El Salvador, who was the country's first female Minister of Health, leading the transformation of the national health sector toward a universal, equitable and high-quality system based on human rights.