On November 3, 2020, Hurricane Eta - a category 4 storm - impacted the coasts of Central America, leaving more than 7 countries affected in its wake. A week later, the same Central American countries and the insular department of San Andres and Providencia (Colombia) would be affected by a category 4 storm, hurricane Iota. The passage of both hurricanes through Central America left more than 9.9 million people affected, dozens of communities isolated and inaccessible due to floods and landslides and 740 health facilities affected – some with more severe damage and reported as inoperative. It should be noted that this situation was aggravated by the current COVID-19 pandemic and the difficulty of implementing social distancing measures in shelters, in addition to the limited access to health services and the difficulties of access due to floods and road damage.

PAHO supported the affected countries by working alongside with local authorities in the rapid evaluation of health establishments, using the PAHO Rapid Assessment of Health Facilities (ERES) tool. Additionally, PAHO supported maintaining and promoting COVID-19 public health measures and other endemic diseases in the area. Likewise, PAHO, in cooperation with other humanitarian partners and local authorities, has mobilized various public health experts to the affected areas, facilitating the coordination of emergency medical teams, as well as shipping several tons of medicines, water and sanitation equipment, and medical supplies from PAHO’s strategic reserve center. Furthermore, PAHO has presented emergency projects for donors in order to support the quick recovery of health services, strengthen epidemiological surveillance, and maintain public health measures in the affected areas and in the identified priority health facilities.

Hurricane Season in the Americas 2020 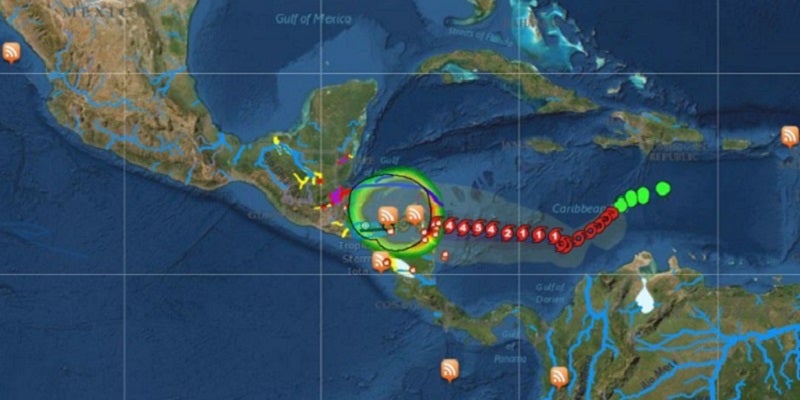 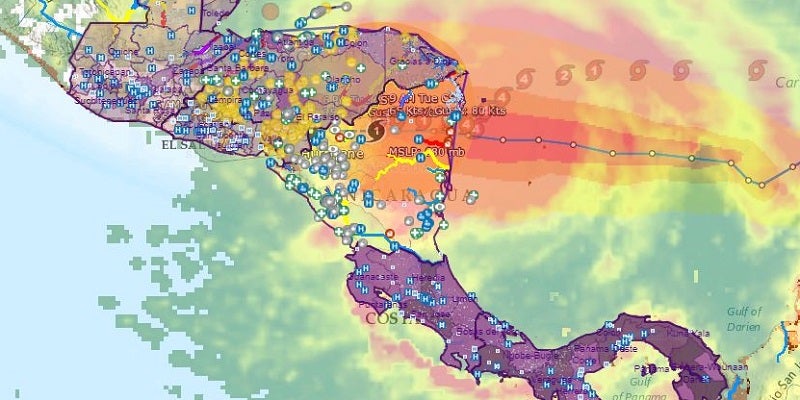 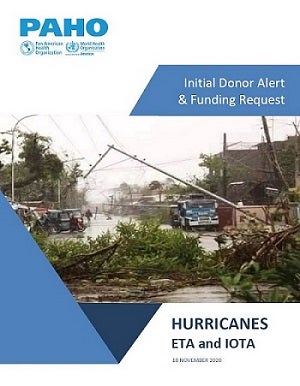 On November 3, Hurricane Eta made landfall along Nicaragua’s Caribbean coast (26km south of Bilwi) as a Category 4 storm with maximum sustained winds near 140mph (220 km/h) and continued moving towards the west near 6mph (9kmh/h). On 4 November 2020, the system rapidly weakened to a tropical storm, but nonetheless caused extensive damage in Honduras, Guatemala, Costa Rica, Belize, El Salvador, Panama, Colombia, and Jamaica. Two weeks later, on November 16, Hurricane Iota, a category 5 storm, made landfall in the Colombian archipelago of San Andres, Providencia, and Santa Catalina.  It moved along the northeastern coast of Nicaragua near the town of Haulover with sustained winds near 155 mph (250 km/h). On November 17, Iota weakened to a Tropical Storm, moving into southern Honduras and Guatemala.

Guatemala, Honduras, and Nicaragua, which were located in the direct path of both hydrometeorological events, are the most affected countries.  Hurricane Eta and Iota left a path of devastation in Central America, with more than 6.5 million persons directly affected. Approximately 441,000 have been evacuated and suffered significant dwelling and livelihoods losses. Over 125 health facilities across all three countries are reporting infrastructural damage further reducing the capacities of the national health systems already overstretched by the COVID-19 pandemic. Reduced access to drinking water, loss of adequate sanitation, and power outages have also been reported. Conditions in some shelters remain precarious due to inadequate infrastructure, sanitation, and limited access to safe water, all critical to mitigate the risk of COVID-19 infections and other communicable diseases endemic in the affected countries. 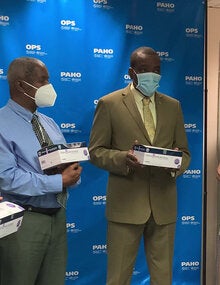 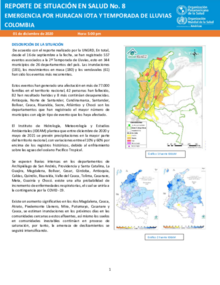 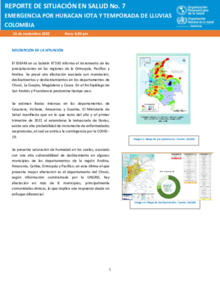 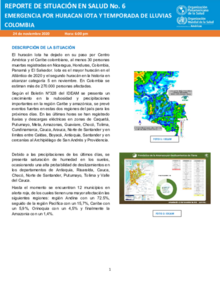 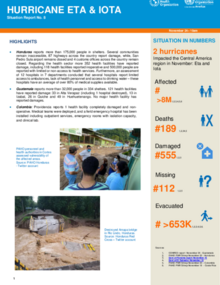 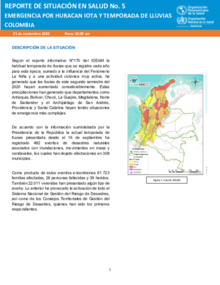 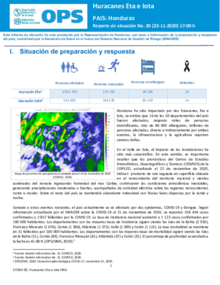 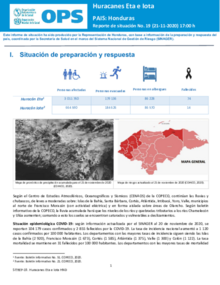 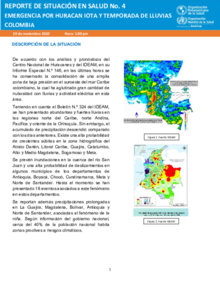 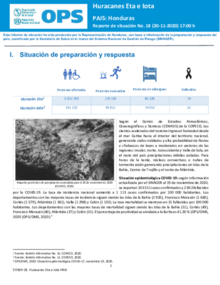 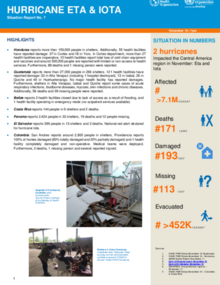 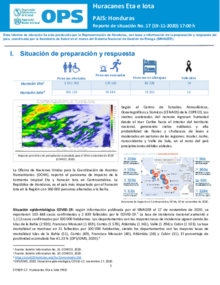 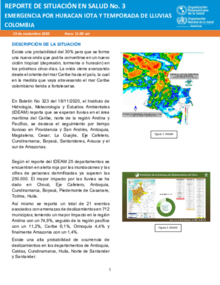 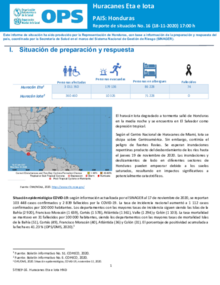 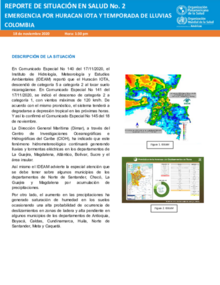 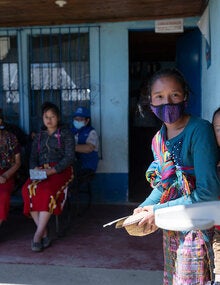 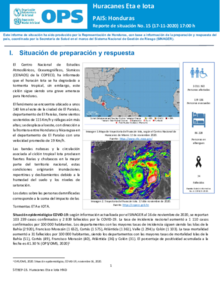