Colombia is proud to be the first country, not only in the Americas, but in the world, to receive official WHO verification of onchocerciasis elimination. Efforts to combat the infection were launched in 1996 in the Naicioná community—the single endemic area countrywide—with mass administration of the antiparasitic ivermectin. The community is located in the municipality of López de Micay and the affected population lives on the banks of the Naicioná River. Although the river has a small channel and is not deep, the dangerous rapids that must be crossed to reach the community make it difficult and costly to administer the drug.

Based on firsthand evidence from OEPA, antiparasitic treatment was provided uninterruptedly over a period of 12 years to 85% of the at-risk population, for a total of 23 semiannual rounds of treatment. Those treated included a total of 1.151 individuals from Naicioná and other contiguous villages, such as Alto Chuare, Playa Grande, and mining settlements along the river.

In addition to teaching about the disease, the intervention teams provided comprehensive education to strengthen the population’s autonomy, and their ability to resolve conflicts and manage resources, to help overcome intervention obstacles in these poor communities.

According to OEPA, there was a “generally excellent response from the population, both to treatment and to the other community interventions that were conducted simultaneously, which included health education for mothers who were community leaders, the provision of drinking water filters, and construction of the school cafeteria”. 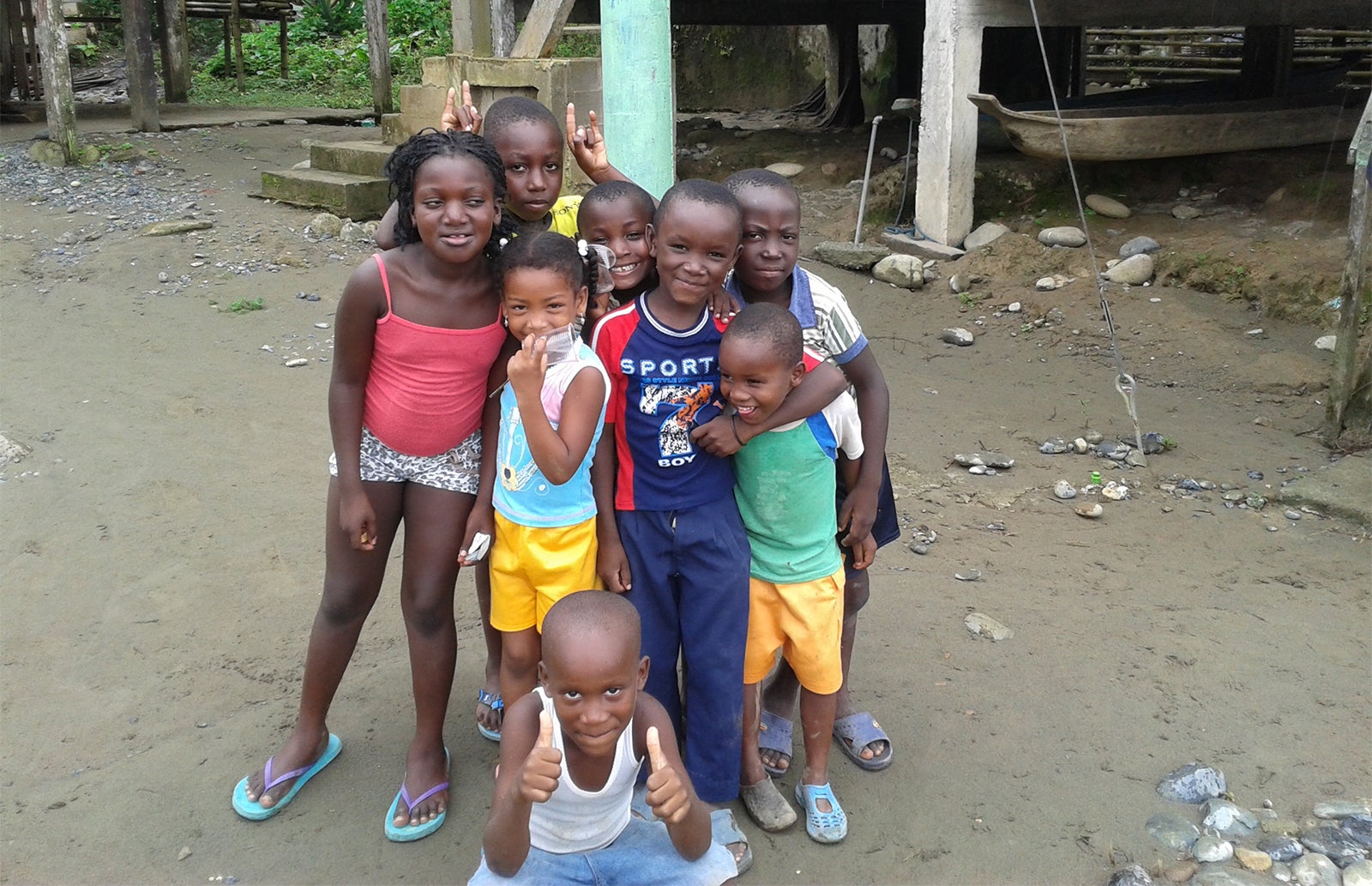 In addition to teaching about the disease, the intervention teams provided comprehensive education to strengthen the population’s autonomy, and their ability to resolve conflicts and manage resources, to help overcome intervention obstacles in these poor communities. One example of this work was the attempt to reestablish the concept of the minga, an ancestral form of collective agricultural work based on community objectives in which small family gardens are used to grow vegetables and raise chickens and laying hens. In addition to this initiative efforts were made to 1) improve sanitation and hygiene in the dwellings and communal spaces, and 2) raise the quality of the drinking water, nutrition, and social relations among the inhabitants.

Colombia’s Ministry of Health and Social Protection and National Health Institute participated throughout the process of eliminating 'river blindness', as the disease is commonly known in the country, by providing financial, technical, and human support. As described by OEPA, an agreement was made between the Colombian government and the Hospital de Occidente, in López de Micay, “for the construction and funding of the Naicioná Health Facility, the implementation of telemedicine services, and the delivery of books with health content for the school.”

As a result of one of the partnerships between the Health Secretariat of Cauca and OEPA, the endemic population was provided with a radiotelephone, motorized boats, and trained personnel to distribute the medicine and conduct the relevant entomologic, serologic, and parasitologic studies.

According to Colombia’s National Health Institute, political will to follow PAHO/WHO guidelines was a key aspect of the program’s success, along with project goals and corresponding strategies that were clearly established from the outset. The government expressed appreciation for “the organization, participation, and collaboration of the affected community,” and stressed the importance of the financial support provided by OEPA, which, “along with national and departmental resources, made it possible to sustain the activities needed to eliminate onchocerciasis.”

As Rogelia Riascos, a mother in the village of Naicioná, explained: “Before, we were a forgotten village, but since the program came we have progressed. Now we have water in our houses, and water filters so that we can use it without risking diarrhea; they eliminated our lice for good, and also the raicitas (intestinal worms). Also, now our children have a very nice school and health facility.”