Disasters Newsletter No.131- Impact of the COVID-19 pandemic on the mental health of the population 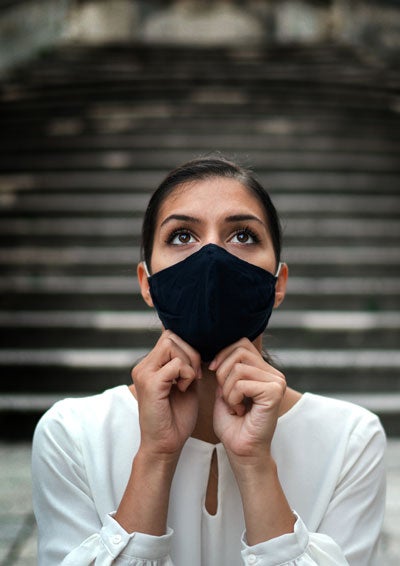 The COVID-19 pandemic has forced the population of the Region of the Americas to grapple with the loss of loved ones and an unprecedented economic crisis that has often led to the loss of jobs and/or livelihoods. Furthermore, we have all experienced school closures, isolation, telework, fear of contracting this disease, and enormous uncertainty. These conditions have influenced and contributed to a series of mental health problems, among them an increase in anxiety; depression; trouble sleeping; greater alcohol, tobacco, drug, and other substance use; and family violence.

Studies show that 20% to 70% of the population continues to suffer from depression and anxiety. Women, youth, low-income people, people with preexisting mental health issues, and health workers are among the most affected groups.

In a 2021 survey conducted in 30 countries worldwide, more than half the participants in Chile, Brazil, Peru, and Canada indicated that their mental health had worsened since the start of the pandemic, exceeding the study’s overall average of 45% 1 (World Economic Forum).

The last round of the Mental Health Thermometer Study in Chile (2021) showed that 32.8% of the individuals surveyed had symptoms associated with mental health problems in early 2021, up from November 2020.2

The number of adults in the United States with recent symptoms of anxiety or depressive disorders increased from 36.4% to 41.5%, while the percentage of people reporting unmet needs for mental health care increased from 9.2% to 11.7% between August 2020 and February 2021 due to the COVID-19 pandemic.3 (Centers for Disease Control and Prevention - CDC).

In March 2021, 114 million children were still out of the classroom. School disruptions have had a catastrophic impact on the learning achievements, protection, health, and mental health of students and their future socioeconomic prospects. (UNICEF).4

In nine countries and territories in the Region, 27% of young people between the ages of 13 and 29 reported having experienced anxiety and 15% reported experiencing depression in the past seven days (UNICEF).5

In a survey of more than 60,000 caregivers of children in Colombia, Costa Rica, El Salvador, and Peru, 85% of those surveyed reported at least one symptom of worsening mental health during the pandemic. Approximately half of them reported sadness (48%) and about two thirds reported fatigue (66%), fear (60%) and insomnia (59%). ¬(Inter-American Development Bank).6

Sixty percent of the countries have reported the interruption of services for mental health, neurological, and substance use disorders. ¬(WHO Pulse Survey. Round 2, January ‒ March 2021) Another 23% have reported an interruption in counseling for mental, neurological, and substance use disorders, in comparison with the data from Round 1 of that same survey.

Although the majority of countries in the Region (93%) have included mental health and psychosocial support in their national COVID-19 response plans, only two provide adequate financing for it.

More articles of the Disasters Newsletter No.131

The mental health of health workers during the COVID-19 pandemic

How do we provide care without neglecting ourselves? Psychosocial interventions for prehospital care teams

Coordination in mental health: a priority in emergencies

Launch of the “Mental Health Now - Share Your Story” campaign

Alcohol, tobacco, and other substances in the COVID-19 pandemic