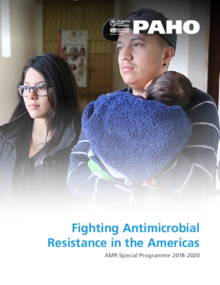 A Global Threat to Human Health
What is Antimicrobial Resistance?

Antimicrobial resistance (AMR) occurs when microorganisms (such as bacteria and viruses) change after being exposed to antimicrobial drugs, and become resistant to the drugs used to treat them.

Persistent overuse and misuse of antimicrobial drugs, such as antibiotics, antivirals or antifungals, accelerates the development of resistant microorganisms. AMR represents a major global threat across human, animal, plant food and environmental sectors, threatening the effective treatment of an ever-increasing range of infections caused by bacteria, parasites, viruses and fungi, resulting in prolonged illness and increased mortality, often felt hardest by the most vulnerable populations.