What is antimicrobial resistance?

Antimicrobial resistance threatens the effective prevention and treatment of an ever-increasing range of infections caused by bacteria, parasites, viruses, and fungi.

Antimicrobial resistance happens when microorganisms (such as bacteria, fungi, viruses, and parasites) change when they are exposed to antimicrobial drugs (such as antibiotics, antifungals, antivirals, antimalarials, and anthelmintics). Microorganisms that develop antimicrobial resistance are sometimes referred to as "superbugs". As a result, the medicines become ineffective and infections persist in the body, increasing the risk of spread to others.

Antimicrobial resistance is an increasingly serious threat to global public health that requires action across all government sectors and society.

Why is antimicrobial resistance a global concern?

Antimicrobial resistance impacts the treatment of community-acquired infections. For example, Escherichia coliurinary tract infections, and respiratory infections by Streptococcus pneumoniae or Haemophilus influenzae may not respond to antibiotics commonly used and require the use of more complex and expensive treatments.

Multiresistant pathogens cause large increases in healthcare costs due to the need of more expensive drugs and a prolonged hospital stay. They are responsible for increased morbidity and mortality of patients admitted to hospitals. These hospital-acquired infections affect most fragile patients in intensive care units; oncology and neonatology, which often result in high mortality.

What accelerates the emergence and spread of antimicrobial resistance?

Antimicrobial resistance occurs naturally over time, usually through genetic changes. However, the misuse and overuse of antimicrobials are accelerating this process. In many places, antibiotics are overused and misused in people and animals, and often given without professional oversight. Examples of misuse include when they are taken by people with viral infections like colds and flu, and when they are given as growth promoters in animals or used to prevent diseases in healthy animals.

Antimicrobial resistant-microbes are found in people, animals, food, and the environment (in water, soil, and air). They can spread between people and animals, including from food of animal origin, and from person to person. Poor infection control, inadequate sanitary conditions, and inappropriate food-handling encourage the spread of antimicrobial resistance.

Impact on containment of resistance

The main actions that contribute to the containment of antimicrobial resistance are appropriate prescribing, community education, monitoring of resistance and health-care-associated infections, and compliance with legislation on the use and dispensation of antimicrobials. 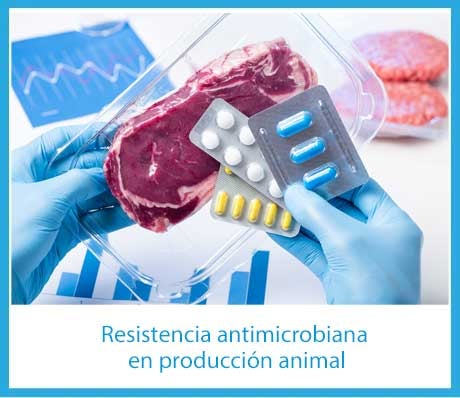 Information materials from other organizations 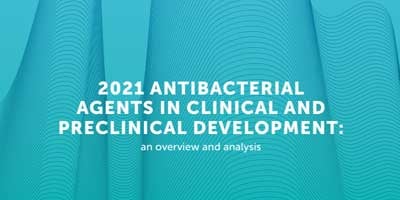 2021 Antibacterial agents in clinical and preclinical development: an overview and analysis

This report presents an analysis of antibacterial agents in preclinical (third annual review) and clinical... 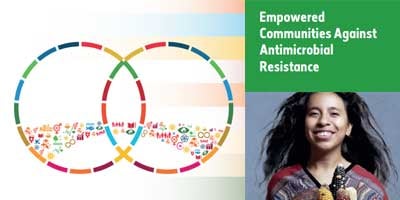 The good practices herein highlight the spirit of multilateralism and camaraderie that characterizes South-South and triangular cooperation... 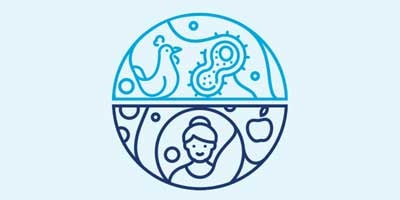 The meetings were conducted virtually from 28 to 30 June 2022 and from 5 to 7 July 2022. The consultations brought together diverse... 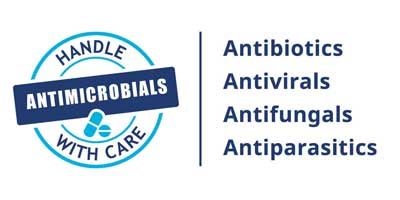 Uruguay: "Affected, recovered and grateful" A Story of patient who contracted resistant bacteria.

Uruguay: How to prevent resistant bacteria in hospital facilities

WHO estimates that, in 2014, there were about 480 000 new cases of multidrug-resistant tuberculosis (MDR-TB), a form of tuberculosis that is resistant to the 2 most powerful anti-TB drugs. Only about a quarter of these (123 000 cases) were detected and reported. MDR-TB requires treatment courses that are much longer and less effective than those for non-resistant TB. Globally, only half of MDR-TB patients were successfully treated in 2014.

Among new TB cases in 2014, an estimated 3.3% were multidrug-resistant. The proportion is higher among people previously treated for TB, at 20%.

Extensively drug-resistant tuberculosis (XDR-TB), a form of tuberculosis that is resistant to at least 4 of the core anti-TB drugs, has been identified in 105 countries. An estimated 9.7% of people with MDR-TB have XDR-TB.

Antibiotic resistance is present in every country.

Patients with infections caused by drug-resistant bacteria are at increased risk of worse clinical outcomes and death and consume more health-care resources than patients infected with non-resistant strains of the same bacteria.

Resistance in E. coli to one of the most widely used medicines for the treatment of urinary tract infections (fluoroquinolone antibiotics) is very widespread. There are countries in many parts of the world where this treatment is now ineffective in more than half of patients.

Treatment failure to the last resort of medicine for gonorrhea (third-generation cephalosporin antibiotics) has been confirmed in at least 10 countries (Australia, Austria, Canada, France, Japan, Norway, Slovenia, South Africa, Sweden and the United Kingdom of Great Britain and Northern Ireland).

As of July 2016, resistance to the first-line treatment for P. falciparum malaria (artemisinin-based combination therapies, also known as ACTs) has been confirmed in 5 countries of the Greater Mekong subregion (Cambodia, the Lao People’s Democratic Republic, Myanmar, Thailand, and Viet Nam). In most places, patients with artemisinin-resistant infections recover fully after treatment, provided that they are treated with an ACT containing an effective partner drug. However, along the Cambodia-Thailand border, P. falciparum has become resistant to almost all available antimalarial medicines, making treatment more challenging and requiring close monitoring. There is a real risk that multidrug resistance will soon emerge in other parts of the subregion as well. The spread of resistant strains to other parts of the world could pose a major public health challenge and jeopardize important recent gains in malaria control.

A "WHO Strategy for Malaria Elimination in the Greater Mekong subregion (2015-2030)" was endorsed by all 5 countries, as well as China.

In 2010, an estimated 7% of people starting antiretroviral therapy (ART) in developing countries had drug-resistant HIV. In developed countries, the same figure was 10–20%. Some countries have recently reported levels at or above 15% amongst those starting HIV treatment, and up to 40% among people re-starting treatment. This requires urgent attention.

Increasing levels of resistance have important economic implications as second and third-line regimens are 3 times and 18 times more expensive, respectively, than first-line drugs.

Since September 2015, WHO has recommended that everyone living with HIV start on antiretroviral treatment. Greater use of ART is expected to further increase ART resistance in all regions of the world. To maximize the long-term effectiveness of first-line ART regimens, and to ensure that people are taking the most effective regimen, it is essential to continue monitoring resistance and to minimize its further emergence and spread. In consultation with countries, partners, and stakeholders, WHO is currently developing a new "Global Action Plan for HIV Drug Resistance (2017-2021)".

Antiviral drugs are important for the treatment of epidemic and pandemic influenza. So far, virtually all influenza A viruses circulating in humans were resistant to one category of antiviral drugs – M2 Inhibitors (amantadine and rimantadine). However, the frequency of resistance to the neuraminidase inhibitor oseltamivir remains low (1-2%). Antiviral susceptibility is constantly monitored through the WHO Global Influenza Surveillance and Response System. 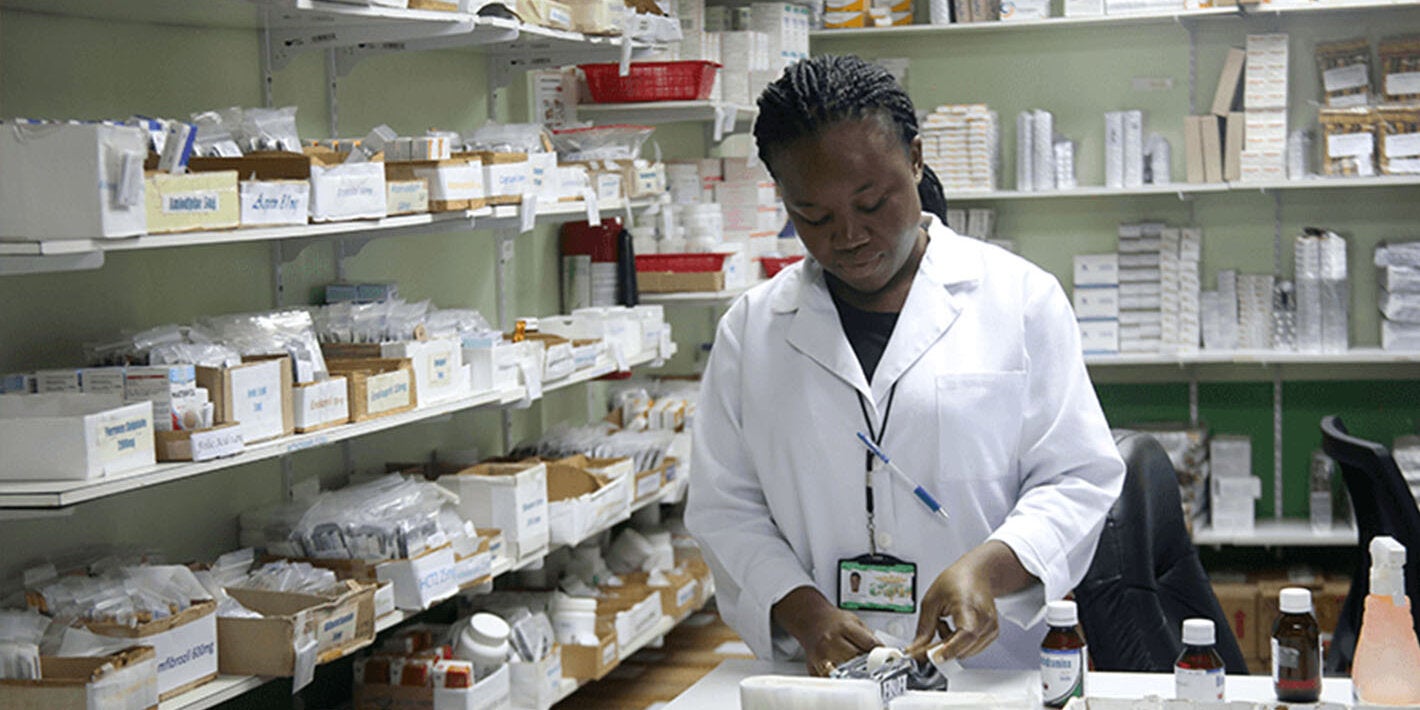 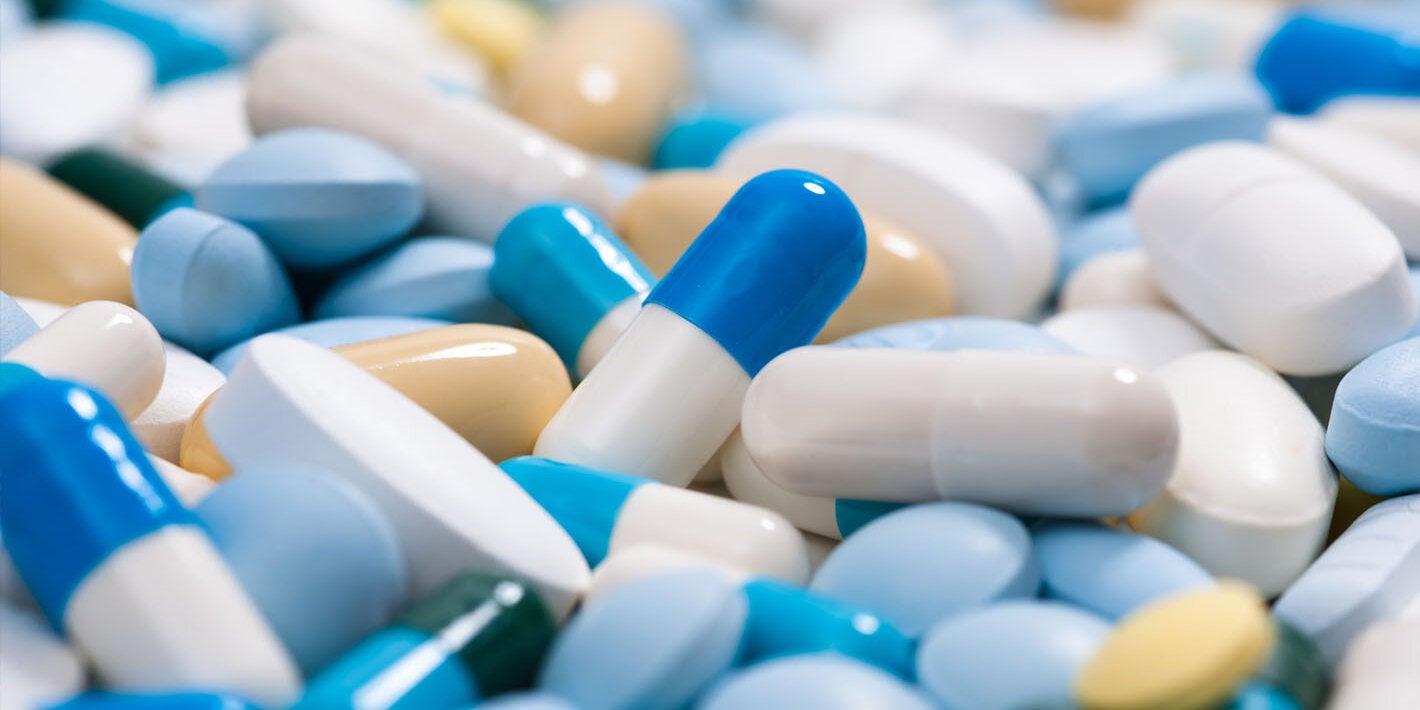 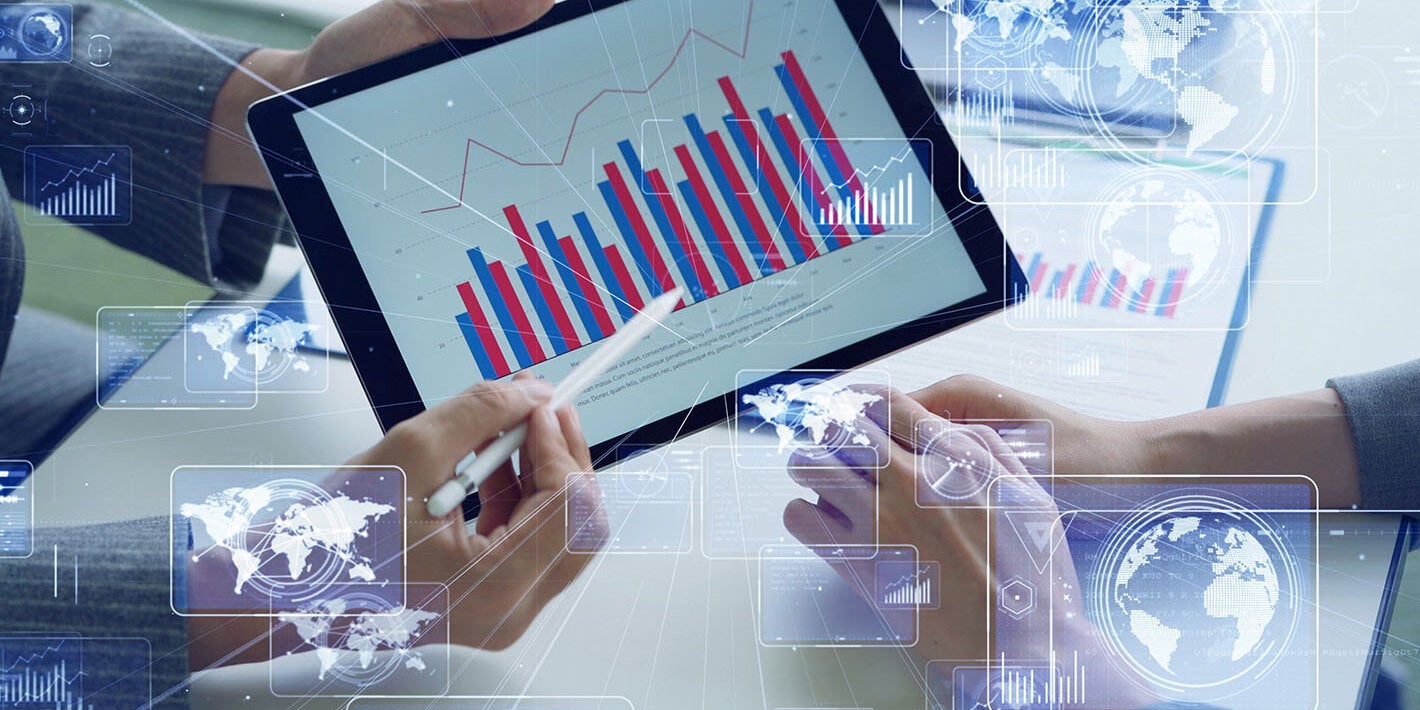 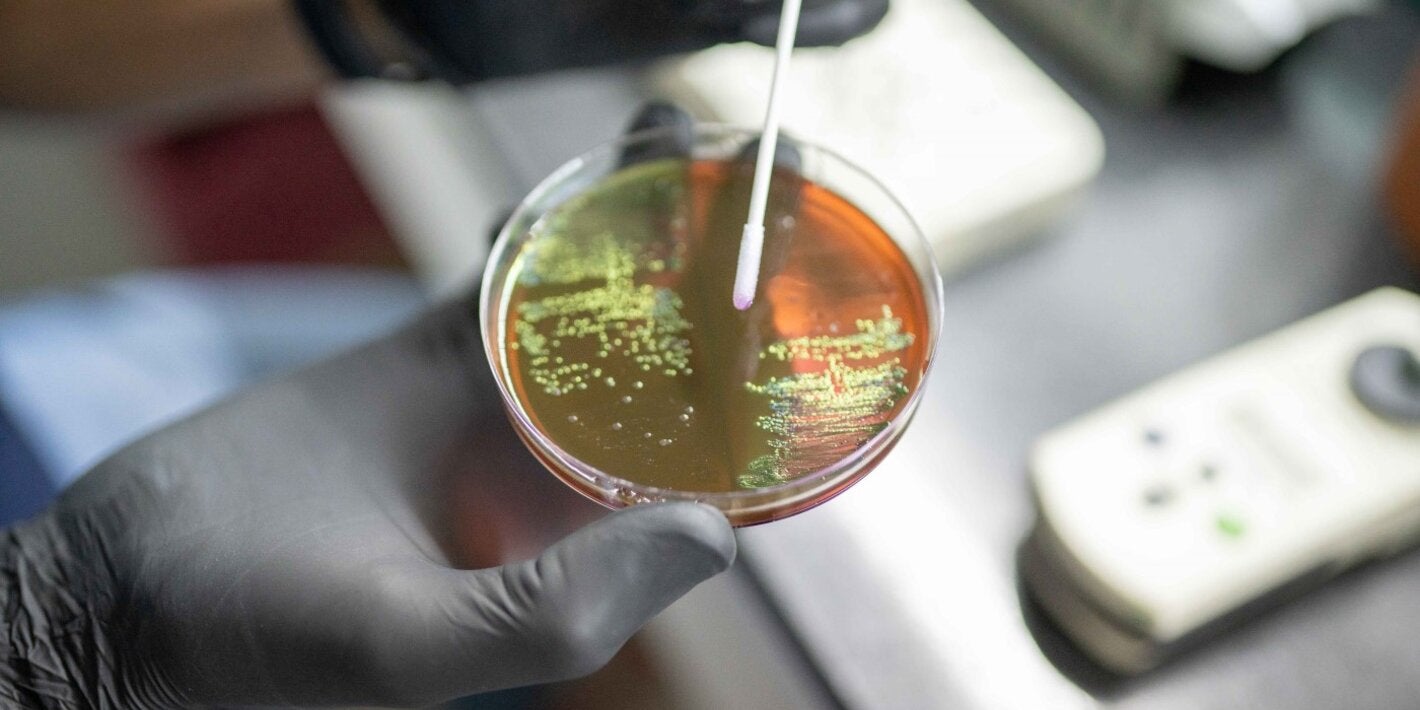 21 Jun 2022
The Antimicrobial Service of the National Institute of Infectious Diseases (ANLIS–Dr. Carlos G. Malbrán): Committed to Public Health in Argentina and the World 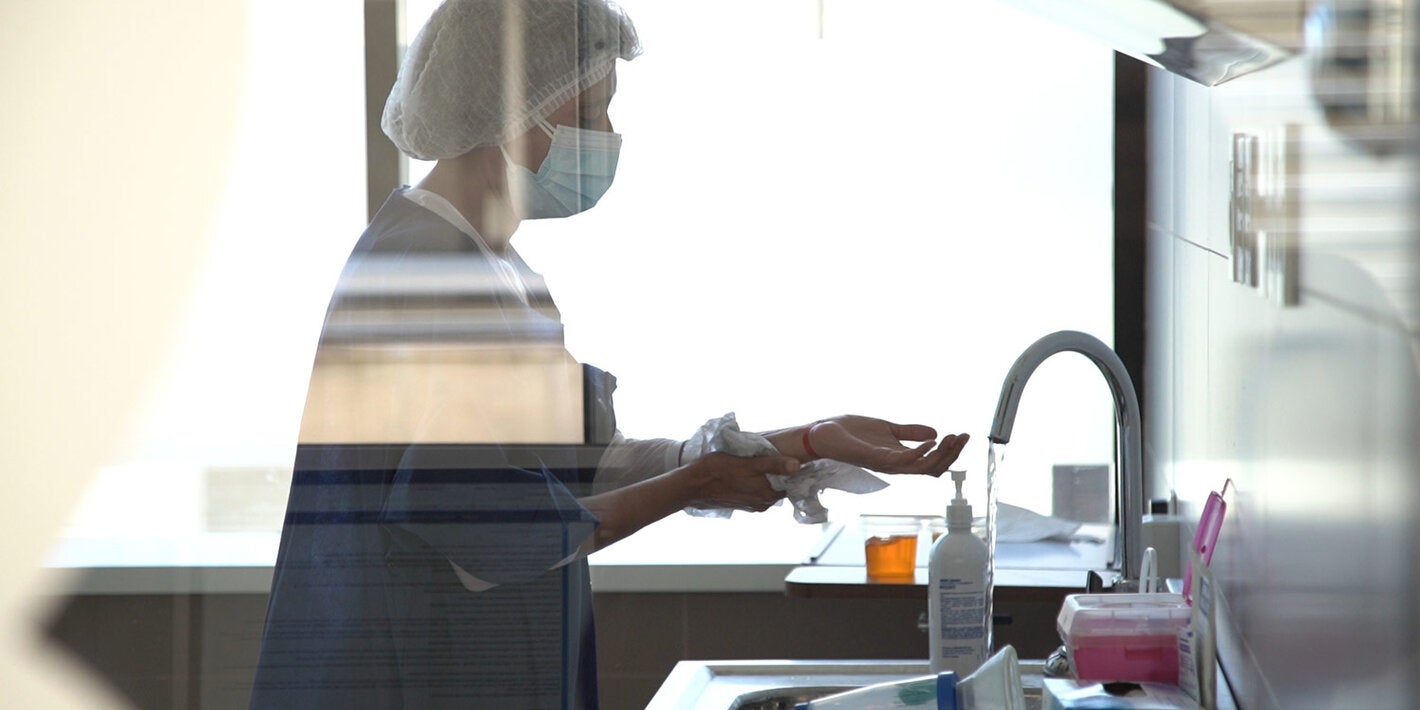 16 Nov 2021
Resistant bacteria present a major threat in hospitals, but there are measures to prevent their spread 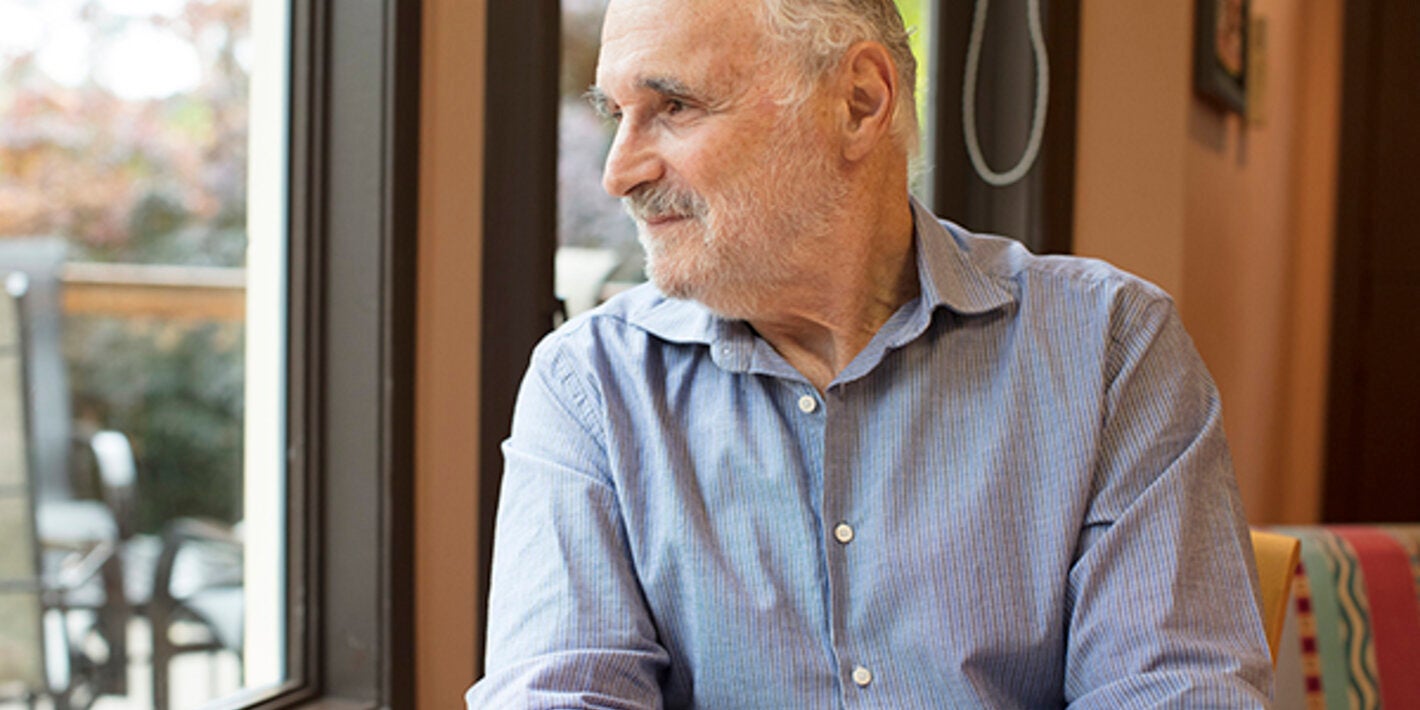 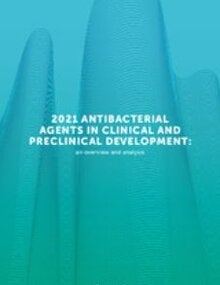 28 Sep 2022
2021 Antibacterial agents in clinical and preclinical development: an overview and analysis 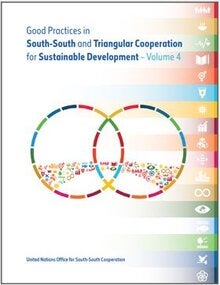 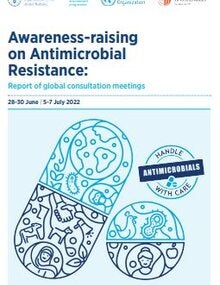 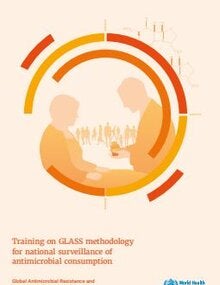 7 Sep 2022
Radio spot: Get antibiotics by prescription only
END_OF_DOCUMENT_TOKEN_TO_BE_REPLACED

Epidemiological Alert: Emergence and spread of Shigella sonnei with extreme resistance to antibiotics. Potential risk for Latin America and the Caribbean. 6 June 2022 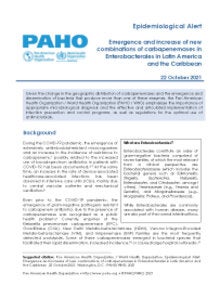 Epidemiological Alert: Emergence and increase of new combinations of carbapenemases in Enterobacterales in Latin America and the Caribbean - 22 October 2021 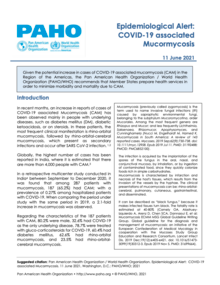 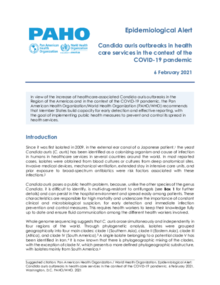 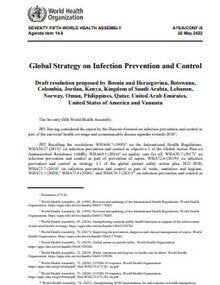 25 May 2022
A75/A/CONF./5 Global Strategy on Infection Prevention and Control 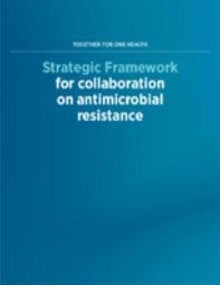 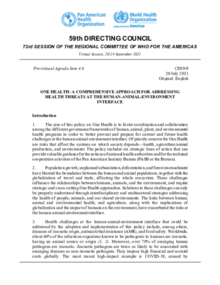 20 Jul 2021
CD59/9 - One Health: A Comprehensive Approach for Addressing Health Threats at the Human-Animal-Environment Interface 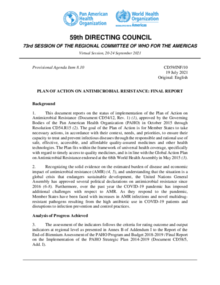 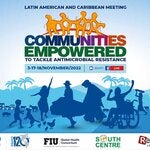 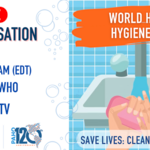 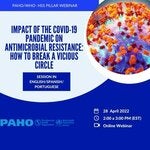 Workshop: Impact of the COVID-19 pandemic on antimicrobial resistance: how to break a vicious circle
28 Apr 2022
END_OF_DOCUMENT_TOKEN_TO_BE_REPLACED