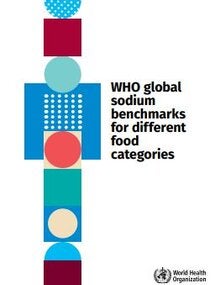 The World Health Organization (WHO) has established global benchmarks for sodium levels in foods across different food categories as part of WHO’s efforts in reducing the sodium intakes in populations. The setting of global sodium benchmarks is a very important step to facilitate reformulation of food products which contributes to drive progress in sodium reduction. These global benchmarks are intended to be complementary to ongoing national and regional efforts to set sodium targets. Global sodium benchmarks are intended to be useful for countries in setting national policies and strategies and for the ongoing dialogue between WHO and the private sector at the global level.