About the Deputy Director (DD) 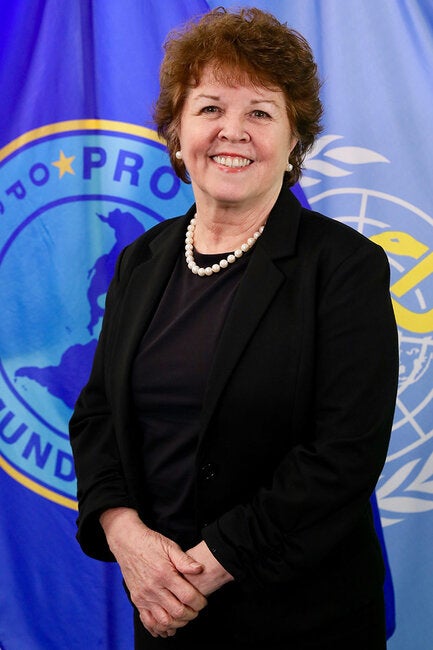 Ms. Mary Lou Valdez, a U.S. citizen and former official of the U.S. Food and Drug Administration (FDA), became the Deputy Director of the Pan American Health Organization (PAHO) in February of 2020.

The second-highest post at PAHO/WHO, with a portfolio that includes to serve as Secretary to the Governing Bodies of the Organization, including the Pan American Sanitary Conference, the Directing Council, and the Executive Committee, she oversees the official relations with the Governments of Canada, the United States, and Puerto Rico; serves as a member of the Organization’s Executive Management, and has direct oversight of the Departments of Planning and Budget; External Relations, Partnerships and Resource Mobilization; Communications; as well as the Offices of Governing Bodies and Equity, Gender and Cultural diversity.

In 2003, Ms. Valdez was appointed Deputy Director of the Office of Global Health Affairs in the U.S. Department of Health and Human Services (HHS). In 2009, she joined the Food and Drug Administration as Associate Commissioner for International Programs, and since March 2019 she has been serving as the FDA's Associate Commissioner for Diplomacy and Partnerships within the Office of Global Policy and Strategy.