Mosquito Awareness Week: Calling all citizens to the frontlines of mosquito control 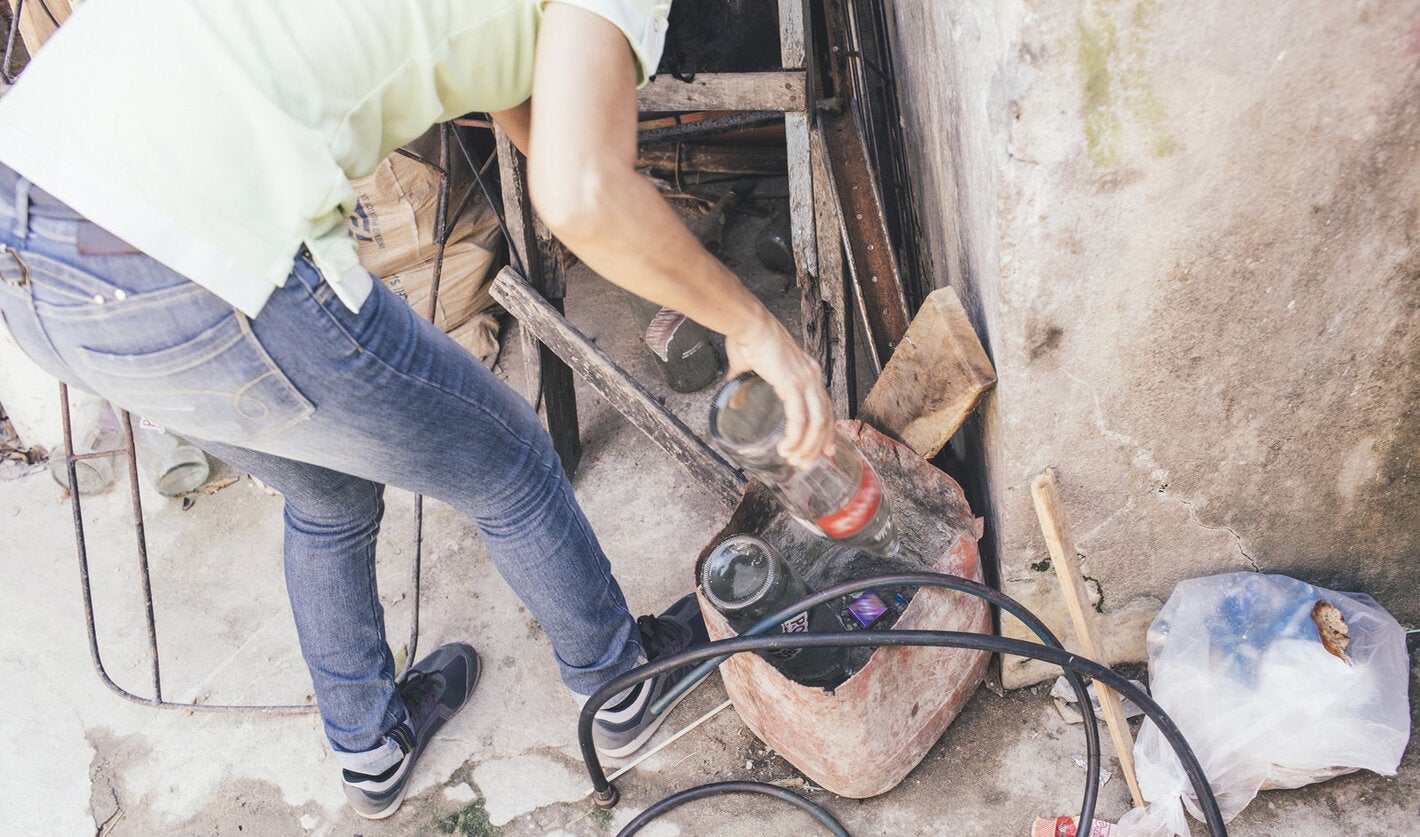 Washington, D.C., 10 May 2018 (PAHO/WHO) - Health authorities in the Caribbean are calling on individuals, families and communities to join the battle to reduce mosquito breeding sites in and around homes, as part of the Pan American Health Organization's (PAHO) campaign for Mosquito Awareness Week 2018. 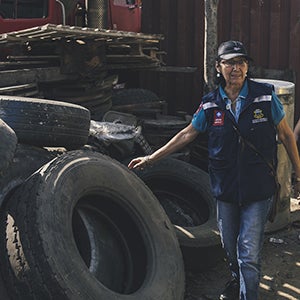 This year's campaign focuses on increasing community participation in the elimination of breeding sites for Aedes aegypti, the mosquito that transmits dengue, chikungunya, Zika and urban yellow fever.

Aedes mosquitos are well adapted to human settlements and tend to breed in water held in manmade containers, such as tires, buckets, barrels, planters, and trash containers. This is why it is so important to get citizens actively involved in mosquito control. Households in areas where these mosquitos circulate need to ensure that any items that can accumulate water are either discarded or emptied, scrubbed and turned over at least once a week; tightly covered to prevent mosquitos from getting inside; or thoroughly cleaned to destroy any mosquito eggs that may be attached to their surfaces.

"Controlling mosquito breeding sites is essential, both for prevention and during an outbreak," said Dr. Marcos Espinal, director of PAHO's Department of Communicable Diseases and Environmental Determinants of Health.

Getting individuals, families and communities to help reduce mosquito breeding sites is a key component of PAHO's integrated strategy to control mosquito-borne diseases, which is being implemented by member countries throughout the Americas. The strategy also calls for chemical and non-chemical control measures carried out by health and environmental authorities, and for involving different sectors in an integrated and coordinated way.

"Ensuring robust vector control efforts across the Caribbean is especially important given the islands' vulnerability to hurricanes and other natural hazards, which often increase mosquito populations and therefore the risk of mosquito-borne diseases," said Espinal. "Mosquito Awareness Week in the Caribbean is not just about one-off actions but about building awareness and commitment to sustained mosquito-control efforts throughout the year."

Mosquito-borne diseases are a significant cause of illness and sometimes death for people, families and communities living in at-risk areas. Recent data show that in 2017, countries in the Americas reported 483,208 cases of dengue (including 253 deaths) and 180,000 cases of chikungunya. From January 2015 through January 2018, there were 223,477 confirmed cases of Zika in the region.

Mosquito Awareness Week began in 2016 as a result of a decision taken at the 17th meeting of the Heads of Government of the Caribbean Community (CARICOM) in 2014. This year, activities have already begun in St. Lucia and the Virgin Islands and will take place in other locations over the coming weeks.