In November 2022, the Nursing Virtual Health Library – Nursing VHL (available in Spanish and Portuguese) – brought together two of its important governance committees: the International Advisory Committee and the Advisory Committee of Brazil. The 2nd Meeting of the International Advisory Committee, called XV Reunión de la Red Internacional de la BVS Enfermería, took place virtually on November 7, during the XVII Coloquio Panamericano de Investigación en Enfermería, within the scope of the XV Reunión de Redes Internacionales de Enfermería, on the 6th and 7th of that month, in Miami, Florida, in the United States. The meeting was led by Professor Francisco Lana, coordinator of the Nursing VHL and aimed to make known the state of the art of national initiatives of the Nursing VHL, in addition to discussing ongoing projects and innovations to be implemented.

Initially, the current state of initiatives in Brazil, Colombia, Mexico, Portugal, and Uruguay was presented, and perspectives for two new instances were discussed: Chile and Peru.

Still in the line of innovations to be implemented, the inclusion of the thematic area “Theoretical and Methodological Foundations of Nursing Care” was presented and discussed, as well as the result of the customer survey that was applied and brought several feedbacks to subsidize the restructuring of the Nursing VHL portal. The customer survey is part of the action plan developed with BIREME, which also includes updating the Nursing VHL portal management system, reformulating the information architecture and new layout, and aligning the portal’s information sources and those of the subportals of the countries that are part of the network.

The 17th Journal Evaluation Process was also held on the occasion, led by the International Journal Evaluation Committee, where the results of the journal evaluations were presented: Crear en Salud (Argentina), Revista Enfermería Neonatal (Argentina) and Revista Enfermagem Digital Cuidado e Promoção da Saúde (Brazil). The meeting was attended by approximately 40 people from the countries participating in the Nursing VHL network.

The 21st Meeting of the Advisory Committee of the Brazil Nursing VHL (in Portuguese) took place on November 16th, in a hybrid format, within the scope of the 73rd Brazilian Nursing Congress (in Portuguese), which took place in Salvador, Bahia, from November 16 to 19, 2022. The meeting also led by Professor Francisco Lana had the participation of approximately 40 people, in a hybrid format, with about 50% of the participants physically present and the rest online.

With an agenda similar to the international committee meeting, the focus of this committee meeting is to present the projects in the Brazilian context. Therefore, in the first part of the meeting, some reports from the Executive Secretariat of the VHL were presented, the state of the art of bibliographic control in nursing in Brazil, the proposal to restructure the Nursing VHL portal and the status of the collection and blog REV@ENF.

As in the international meeting, a prominent theme was the presentation and discussion of the new thematic area “Theoretical and Methodological Foundations of Nursing Care” that will compose the thematic areas of the Nursing VHL, facilitating access to research on this topic.

The committee meetings are fundamental for the development and constant advancement of the VHL, among the referrals of the meetings, there is the commitment to finalize the restructuring of the VHL Nursing portal, thus enabling a better integration of different information sources and the portals of the countries that are part of the Network, providing a better interaction with the user. This activity will have the support of the BIREME team and its development will follow the schedule that was defined in the action plan, with a forecast for completion in 2023. 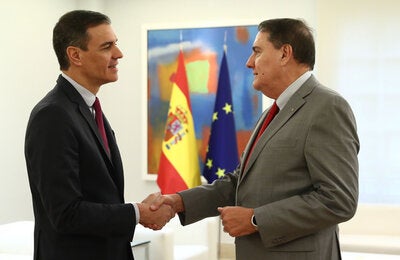 Dr. Jarbas Barbosa elected as WHO Regional Director for the Americas
6 Feb 2023
END_OF_DOCUMENT_TOKEN_TO_BE_REPLACED