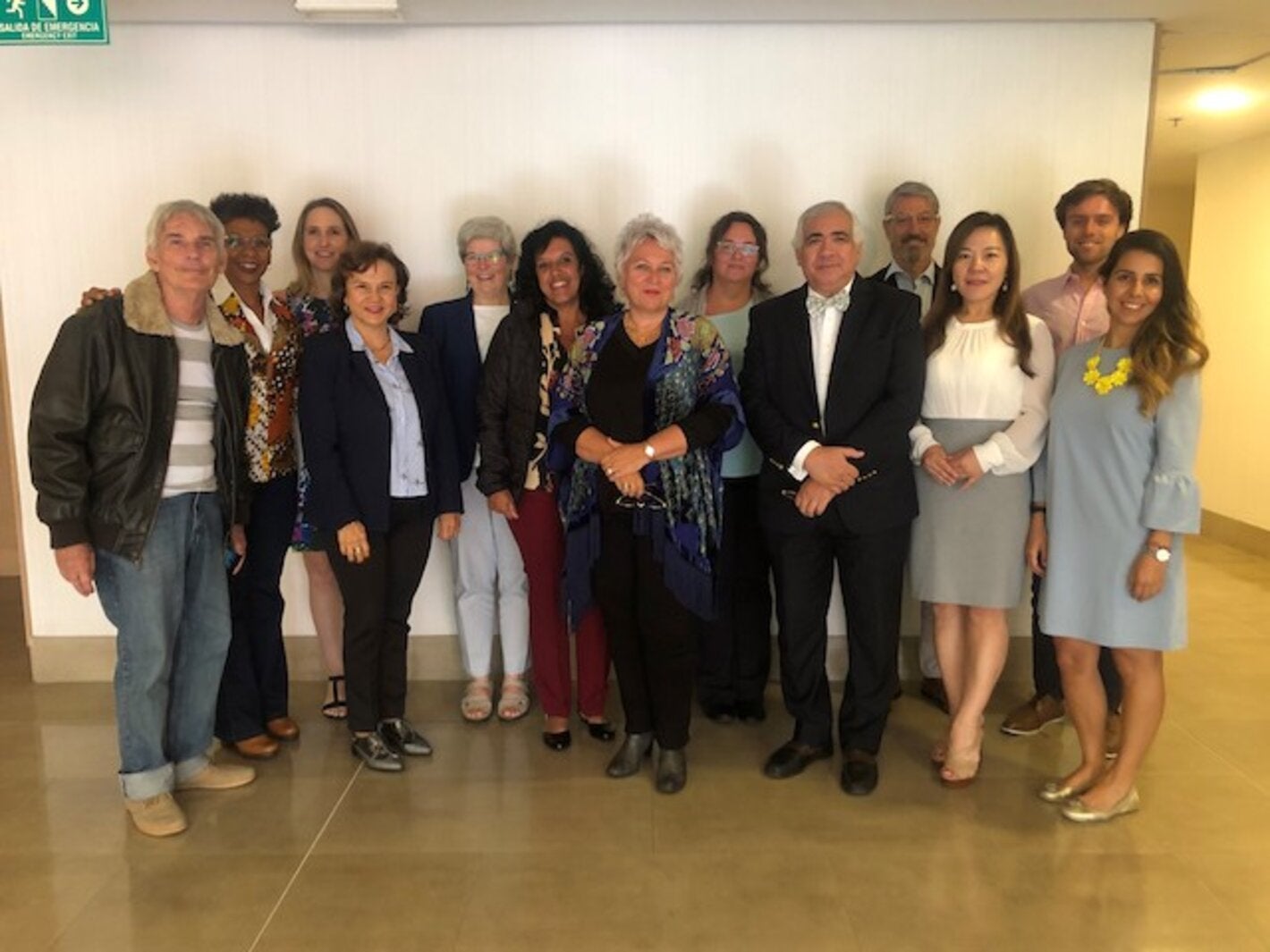 On August 19 and 20, 2019, PAHO´s Unit on Health Promotion and Social Determinants held a meeting of the WHO Collaborating Centers for health promotion (HP) and the Social determinants of Health (SDH) in Bogotá, Colombia. Representatives from eight centers from around the Region attended with the aim of reviewing their recent work in the framework of HP and SDH, and develop a collaborative work plan in line with the Strategy and Plan of Action on Health Promotion in the Context of the SDGs 2019-2030, which will be presented to PAHO Member States at the 57th Directing Council in Washington, DC, next month.

This meeting aimed to further guide the work of the WHO Collaborating Centers within the framework of the new Strategy and Plan of Action on Health Promotion. The Centers represented at the meeting constituted a wide range of specializations, from health promotion practices and research, to healthy housing, work to recognizing health impacts of the built environment, to incorporating social determinants at the local level. Their work strengthens the capacity of Member States through providing research and guidance, strengthening intersectoral work, building a regional consensus around health as a transversal axis of the SDGs, and advancing health promotion as key for the achievement of universal access to and coverage of health.

During the two days of the meeting, discussions were held on the Strategy and Plan of Action with the aim of identifying areas where centers could align their work with its four strategic lines, the current needs of the Region of the Americas with regards to Health Promotion and Social Determinants ,and identified opportunities for work with PAHO/WHO as well as between each other to achieve these deliverables. At the meeting’s end, a Work Plan was set out, committing to specific products that will further the implementation of the Strategy; these products will lead the work of these organizations with the Health Promotion and Social Determinants Unit at PAHO during the remainder of their designation periods and inform work plans for the re-designation of these Centers.

The Collaborating Centers meeting’s main successes lie in developing products that will tangibly advance the implementation of the Strategy and Plan of Action on Health Promotion in the Context of the SDGs and allowed for a further expansion of the CC’s network.