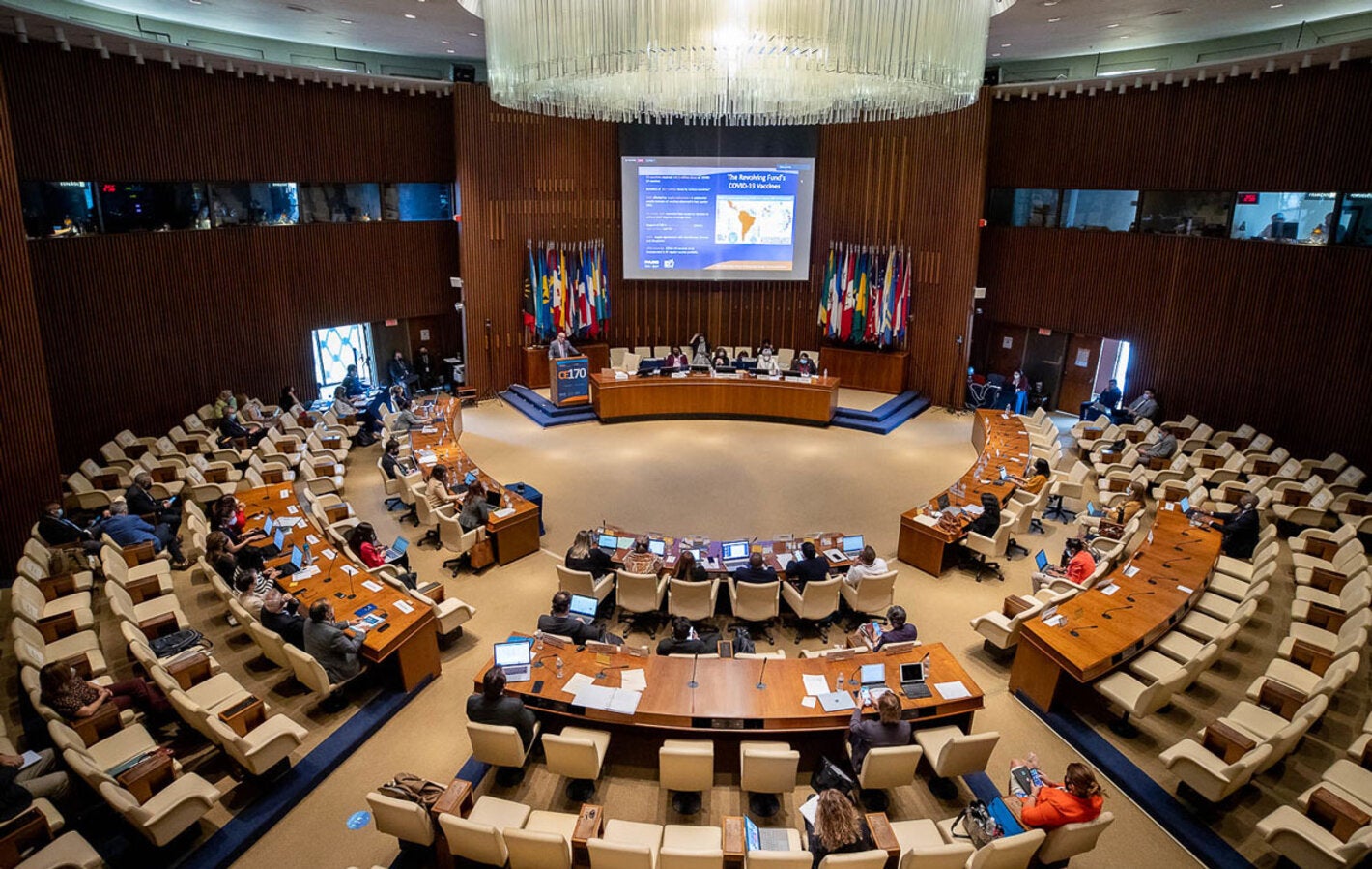 “We all understood that the Region is not on track to achieve the SDGs and specifically SDG3,” the PAHO Director Carissa F. Etienne said in her closing remarks to the meeting, referring to targets set out by the international community to improve access to universal health. “You expressly reinforced that solidarity and working together were essential to enable us to build back better both individually as well as collectively,” she added.

She thanked Member States for presenting collaborative solutions, such as intersectoral work, including with the private sector, and greater consideration of interculturality, inclusion and engagement with sub-groups such as LGBTQ+ communities, indigenous populations, and others.

The Committee approved resolutions to support countries in the ongoing battle against the pandemic. With 1.2 million new cases reported in the previous week, the Americas continue to be vulnerable to COVID-19.

They also took note of other effects of the pandemic, such as its devastating impact on the mental health and well-being of populations, exacerbated by the absence or interruption of specialized services.

“Greater investments will be essential in the promotion of mental health, and in addressing mental ill health, including adequate numbers of well trained staff and the integration of mental health into Public Health Care and community health services as well as more extensive efforts to reduce stigma and discrimination,” the PAHO Director said.

The Director welcomed support for policies that integrated primary care for improved health outcomes, since “countries with highly fragmented health systems had fared the worst during the pandemic.”

She also highlighted the importance of national regulatory systems, which play a key role in overseeing the safety, quality, and efficacy of all health technologies. She added that these “must be independent and allowed the space to carry out their functions based on science and evidence, without interference.”

The Executive Committee reemphasized the need for strengthened surveillance, which must rely on robust national and regional capabilities to test, sequence, and act on evolving pathogens. They also underlined the importance of information sharing between Member States in this context, as early warning measures.

PAHO’s Executive Committee meets twice a year to discuss the organization’s budget and policies to address pressing health issues in the region.

PAHO’s Governing Bodies comprise the Pan American Sanitary Conference, the highest governing authority which meets every five years to determine general policies; the Directing Council, which meets annually in years when the Conference does not meet; and the Executive Committee, which acts as a working party of the Conference or Council.