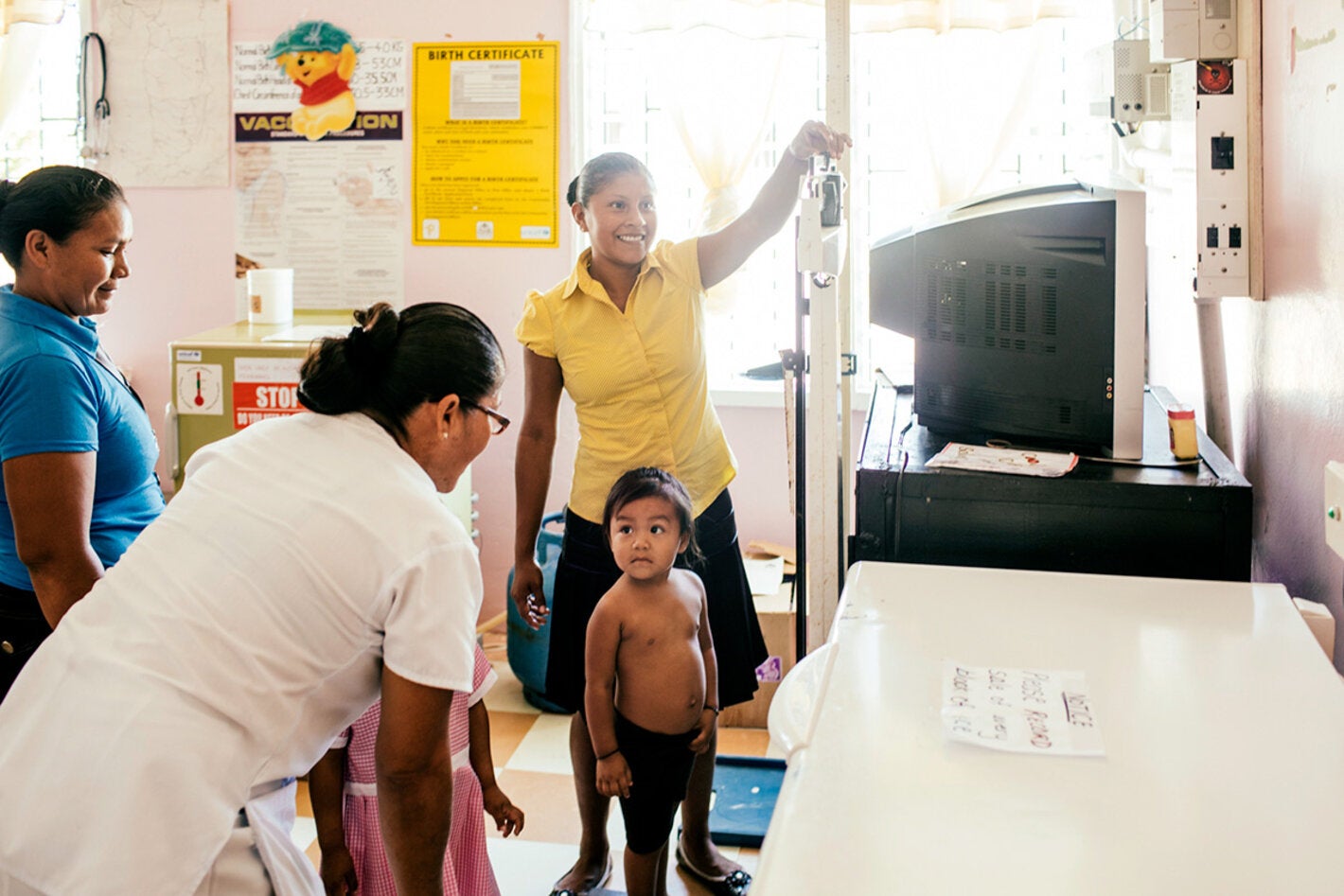 "We all have a solemn responsibility to ensure that today’s declaration on primary health care enables every person, everywhere to exercise their fundamental right to health."

“Today, instead of health for all, we have health for some,” said Dr. Tedros Adhanom Ghebreyesus, Director-General of the World Health Organization (WHO). “We all have a solemn responsibility to ensure that today’s declaration on primary health care enables every person, everywhere to exercise their fundamental right to health.”

While the 1978 Declaration of Alma-Ata laid a foundation for primary health care, progress over the past four decades has been uneven. At least half the world’s population lacks access to essential health services – including care for noncommunicable and communicable diseases, maternal and child health, mental health, and sexual and reproductive health.

“Although the world is a healthier place for children today than ever before, close to 6 million children die every year before their fifth birthday mostly from preventable causes, and more than 150 million are stunted,” said Henrietta Fore, UNICEF Executive Director. “We as a global community can change that, by bringing quality health services close to those who need them. That’s what primary health care is about.”

The Declaration of Astana comes amid a growing global movement for greater investment in primary health care to achieve universal health coverage. Health resources have been overwhelmingly focused on single disease interventions rather than strong, comprehensive health systems – a gap highlighted by several health emergencies in recent years.

Participation of countries of the Americas

Government, civil society and academic delegations from Argentina, Brazil, Canada, Chile, Cuba, Ecuador, El Salvador, United States, Guatemala, Nicaragua, Paraguay, Peru and Suriname, as well as from other countries all over the world, participated in the Conference in Astana this week.

Countries of the Americas also participated in the preparation of the Declaration, in a process coordinated by the Pan American Health Organization (PAHO). These regional contributions enriched the final document.

During the first plenary session, which looked at the revitalization of primary health care in the XXI century in order to achieve universal health coverage, the Health Secretary of Argentina, Adolfo Rubinstein, highlighted that the challenge lies in how to reformulate PHC in order to address current health issues.

Verónica Espinosa, Minister of Public Health of Ecuador, who spoke during the second plenary session of the day, said that achieving health coverage is not enough, and advocated for access to health to also be considered. “If we do not have sufficient access to health, coverage is nothing more than words,” she warned. She also called for the “elimination of the structural, economic, cultural, geographic, linguistic and gender barriers” that prevent people from using health care services.

Espinosa also called for primary health care to be differentiated from the first level of care, calling for gender inequities to be addressed, and urging for discussions about the role of the State in the regulation and in the commercial determinants of health.

In December 2017, in Quito, Ecuador, PAHO launched a regional movement for universal health, composed of representatives of governments, academia, civil society and experts from around thirty countries and territories of the Americas. The Regional Forum on Universal Health in the XXI century: 40 years of Alma-Ata seeks to identify obstacles and build alliances to enable countries of the region to achieve the goal of health for all by 2030, without leaving anyone behind.

Since the Declaration of 1978, the values and principles of primary health care, which include the right to health, equity, solidarity, social justice and participation and multisectoral action, among others, have formed the basis of many PAHO mandates and guided the transformation of health systems in the region.

In 2014, the countries of the Americas were the first in the world to approve, in PAHO, a resolution on access and universal health coverage, which outlines a regional road map for advancing towards universal health. This strategy seeks to address inequalities in access to health systems and services that prevent part of the population of the Americas from having access to care.

The Global Conference on Primary Health Care is taking place from 25-26 October in Astana, Kazakhstan, co-hosted by WHO, UNICEF and the Government of Kazakhstan. Participants include ministers of health, finance, education and social welfare; health workers and patient advocates; youth delegates and activists; and leaders representing bilateral and multilateral institutions, global health advocacy organizations, civil society, academia, philanthropy, media and the private sector.