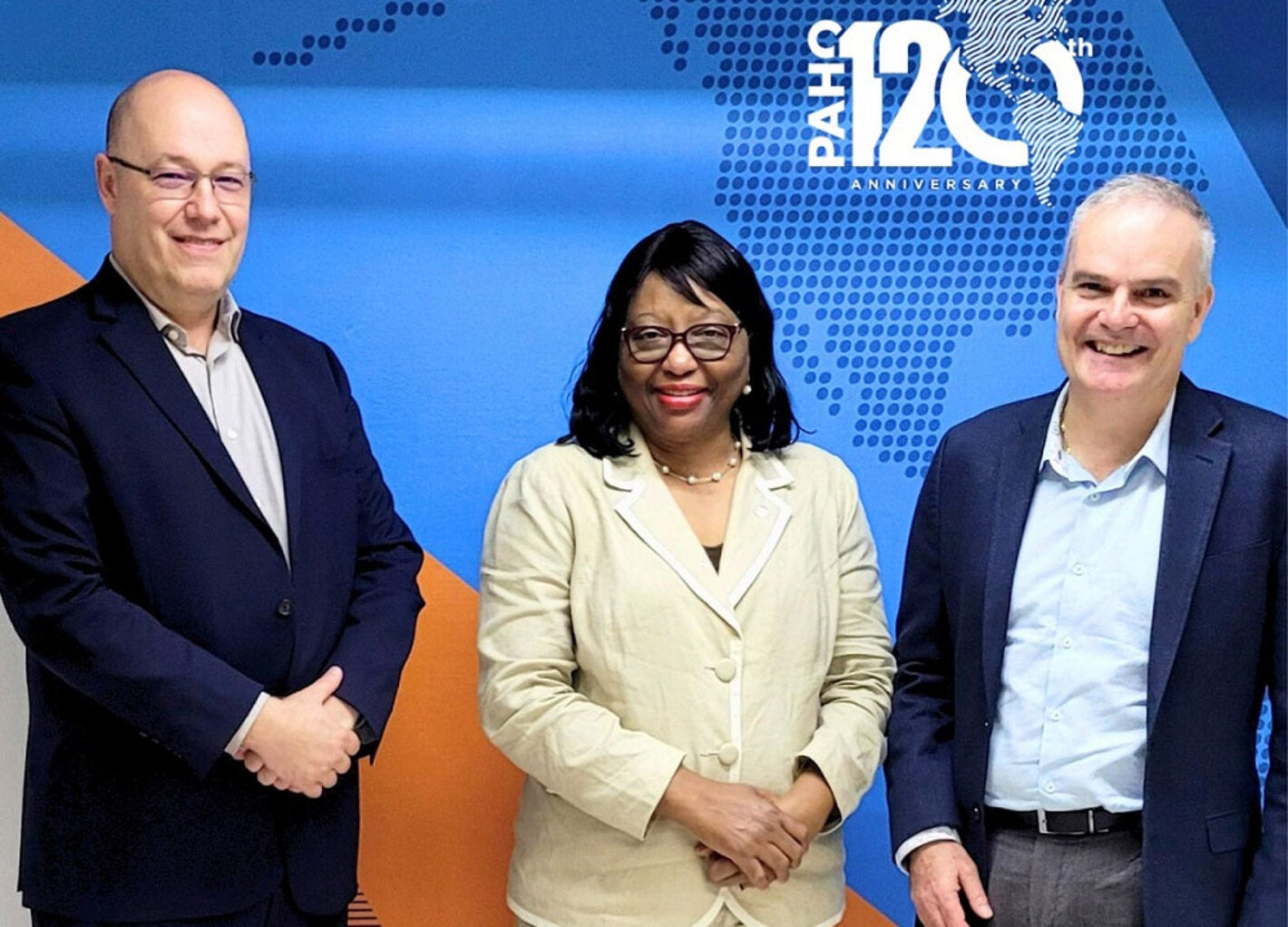 Bridgetown, Barbados, 2 November 2022 (PAHO/WHO) – The creation of additional Pan American Health Organization (PAHO) collaborating centres at UWI, and an emphasis on targeted capacity building were the highlights of discussion between Director of PAHO, Dr. Carissa Etienne, and Principal of the Cave Hill Campus of the University of the West Indies (UWI), Professor, Clive Landis, during a recent meeting.

Dr Etienne, at the time in Barbados for a brief official visit, not only discussed ongoing collaborations between the two agencies, but also considered opportunities for tackling research gaps and the implementation of public health measures in the Caribbean subregion.

Dr Etienne praised the UWI for its impressive reach of 55,000 students and the contribution it continues to play in educating present and future leaders.   She also acknowledged the ongoing work of PAHO and the Health Economics Unit, a PAHO collaborating centre for Health Economics and Finance, and noted that the time has come to increase such facilities in the region, including with the UWI.

Prof Landis thanked the Director for PAHO’s continued support for and trust in the UWI as a University of excellence in the region and welcomed the plans to formalise the relationship with specific goals in mind.  He highlighted the co-development of the Certificate and Diploma in Health Policy and Health Systems as another recent, successful collaboration that is building capacity in the Caribbean health sector.

PAHO and the UWI plan to shortly sign a framework agreement to advance health development and research in the Caribbean.

Dr. Jarbas Barbosa to be sworn in as new PAHO Director
25 Jan 2023
END_OF_DOCUMENT_TOKEN_TO_BE_REPLACED