It takes a village to defeat malaria

How a network of community volunteers was key to eliminating this disease in El Salvador.

Cantón Metalito, El Salvador, March 2021 (PAHO)- For Juana “Cheli” Menijar, watching out for any malaria cases in her rural town in El Salvador has become a way of life. “I have been a community volunteer for 22 years,” said Juana, whose town is in the coastal Sonsonate Department. “We have been tracing malaria as volunteers and as a community to make it disappear.”

“Some people come to me candidly to tell me they have a fever, or their child has a fever and ask me to conduct a malaria test,” she continued. “I stop everything I am doing and tell them to come to me so that I can conduct the test immediately.”

“I have been happy to volunteer to do this, because I saw the necessity in the community – I do it for my community and my grandchildren,” said Juana, who lives in a malaria-prone region. “There was a lot of malaria here, but now we know how to get rid of it.”

From such communities with high malaria risk, the volunteers take blood samples and create slides, playing a crucial role in detection. In 1992, for example, community volunteers were responsible for diagnosis of 90 percent of the cases detected. 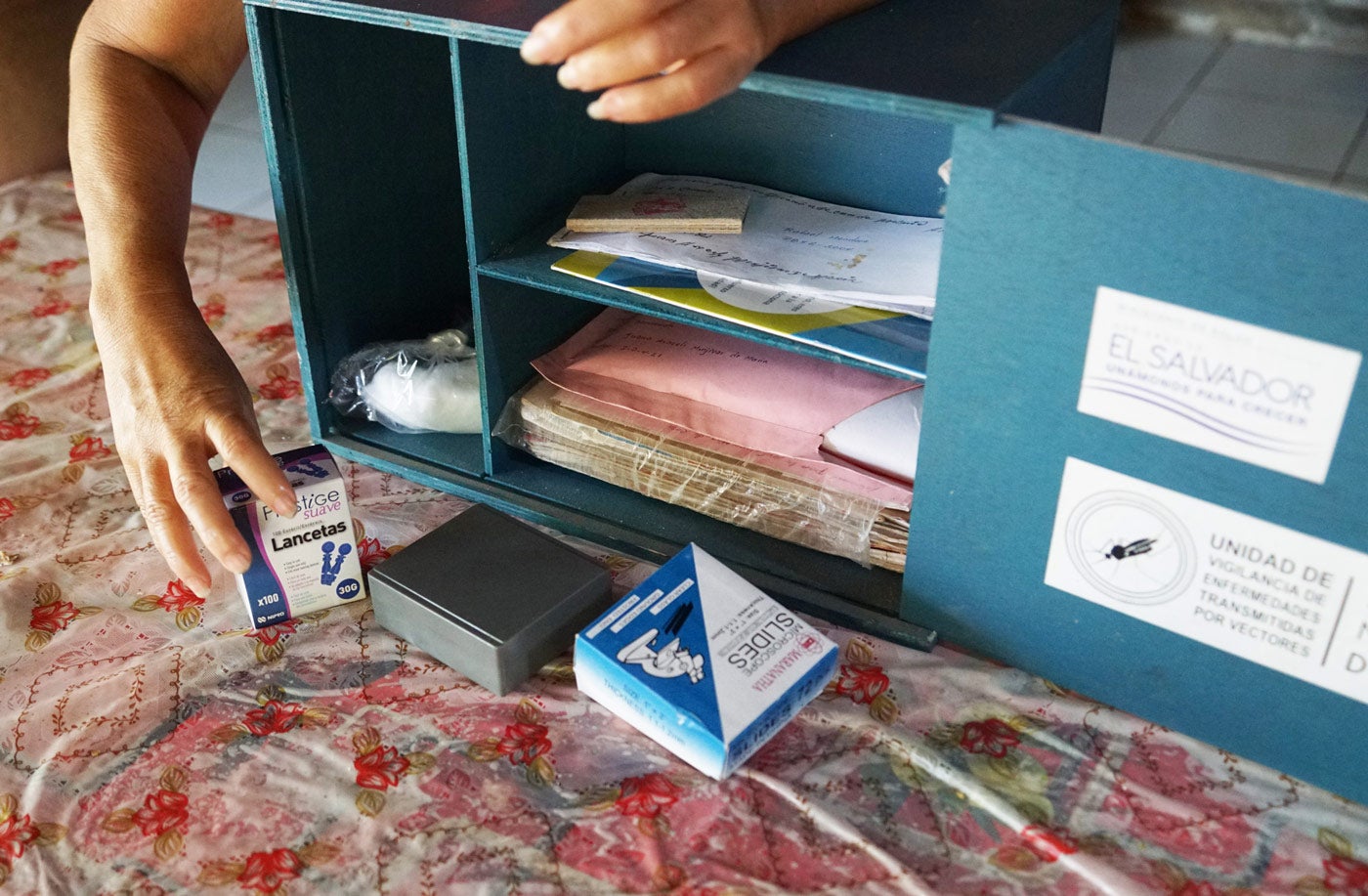 The volunteers work closely with public health teams and programs for malaria surveillance that have been maintained and fortified by the Salvadoran government over the years. It is this coordination between volunteers and national public health systems that has been one of the key actions allowing El Salvador to succeed in eliminating malaria.

“This [certification] couldn’t be reached without the involvement of the community, civil society organizations, local authorities committed health staff and the support of international agencies such as the Pan American Health Organization (PAHO),” said Eduardo Romero, head of the vector-borne disease unit of El Salvador’s Ministry of Health.

Today more than 5,000 people, including health workers and community volunteers, are working to keep malaria from reemerging in El Salvador. The program has its origins in the National Malaria Program, which formed in the 1950s; the recruitment of community volunteers was among its first achievements. The volunteers sent their data on malaria cases to vector control health workers, which allowed the anti-malaria program to target the locations most hard hit.

After decades of progress, El Salvador experienced a surge in malaria cases. Mosquitoes had developed a resistance to DDT, the pesticide used to control them. In 1980, there were 96,000 cases of malaria – a peak. El Salvador reoriented its malaria program with the support of PAHO, the U.S. Agency for International Development (USAID), and U.S. Centers for Disease Control (CDC). 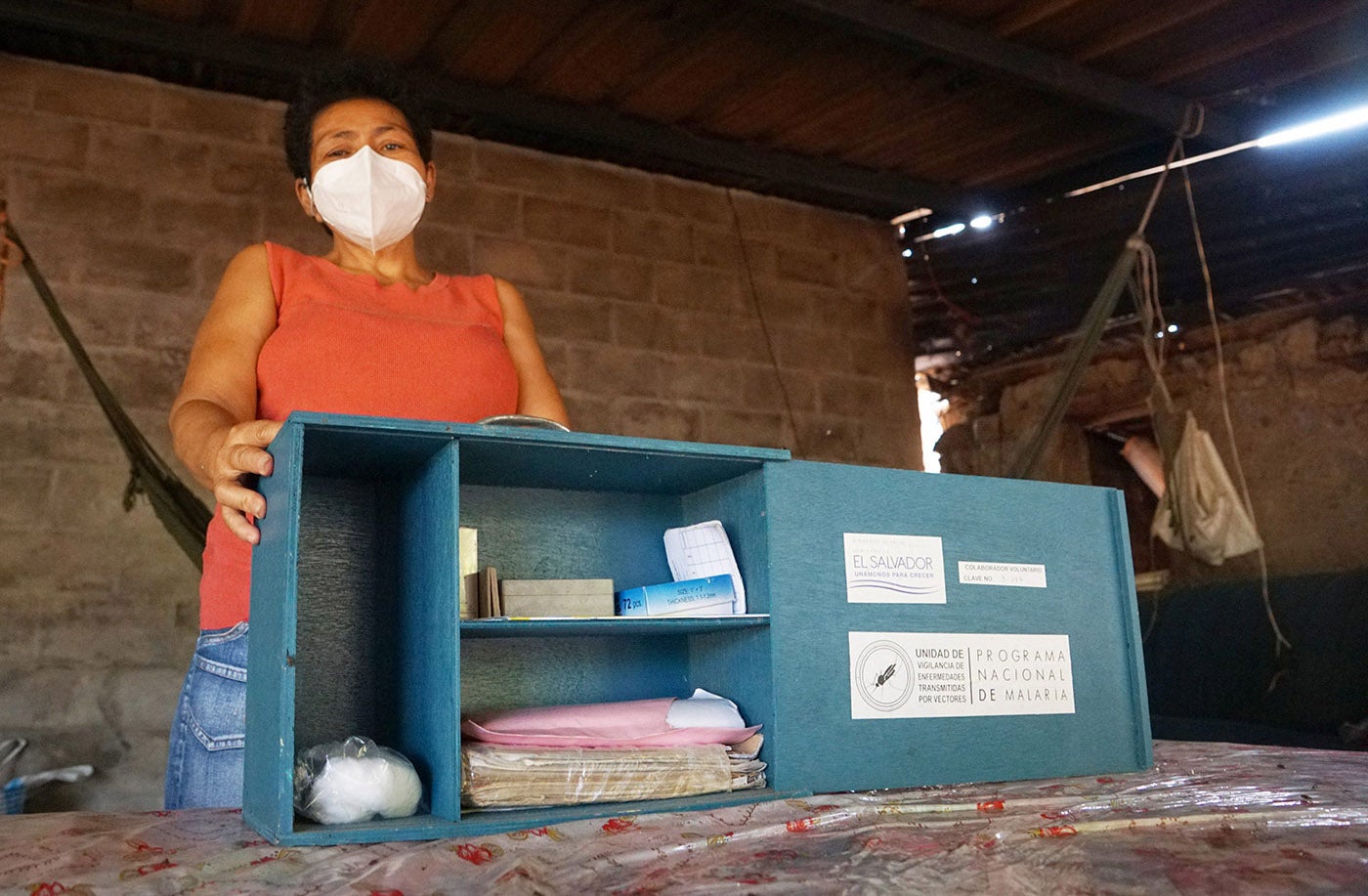 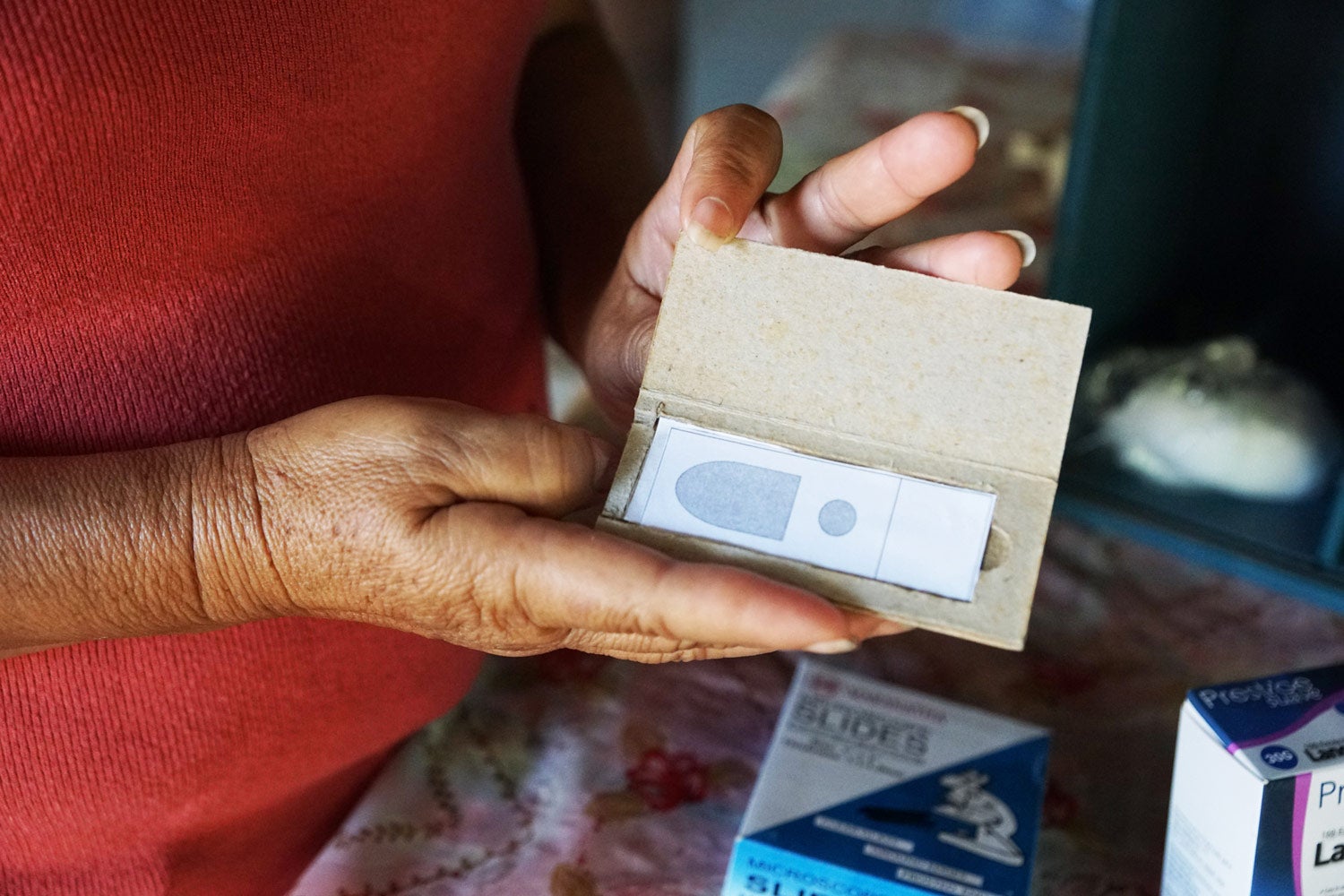 Targeting of high-incidence areas was improved, and the network of diagnostic laboratories was decentralized, which allowed cases to be detected and treated more rapidly. Since the peak, the number of cases has steadily declined to 9,000 in 1990 to only 17 in 2010 to zero cases in 2017. That achievement has been maintained through the end of 2020.

Key to El Salvador’s success is that the country consistently dedicated human and financial resources to defeating malaria. Despite reporting its last malaria-related death in 1984, El Salvador has maintained its domestic investments in malaria, including its community volunteers.“The fight against malaria is everyone’s fight,” said Dr. Hector Ramos, epidemiologist for Salvador’s Ministry of Health. “It is a sort of act of devotion because people work in the rain, under the sun, through many hardships. But the final reward is to know that you have saved lives.”

For Juana, the reward is knowing that she is helping her town, her six children and her six grandchildren. “I am very happy about the certification,” she said. “I have done all this with love. People thought of malaria as something far away. As long as we did not see sick people we did not pay attention to it, but when we lived it in our own flesh, we realized how hard it is.”