A life dedicated to fighting and eliminating polio in Ecuador: Gonzalo Baquero Paret, the guardian of polio-free Ecuador

22 October 2021 – The National Commission for the Certification of Polio Eradication works day by day to end to the disease in its wild form.

A team of 80 observers at the national level and 20 provincial directors ensures that the programs carried out by the Ministry of Public Health (MPS) are completed and monitor that the vaccination centers meet the requirements for adequate immunization. 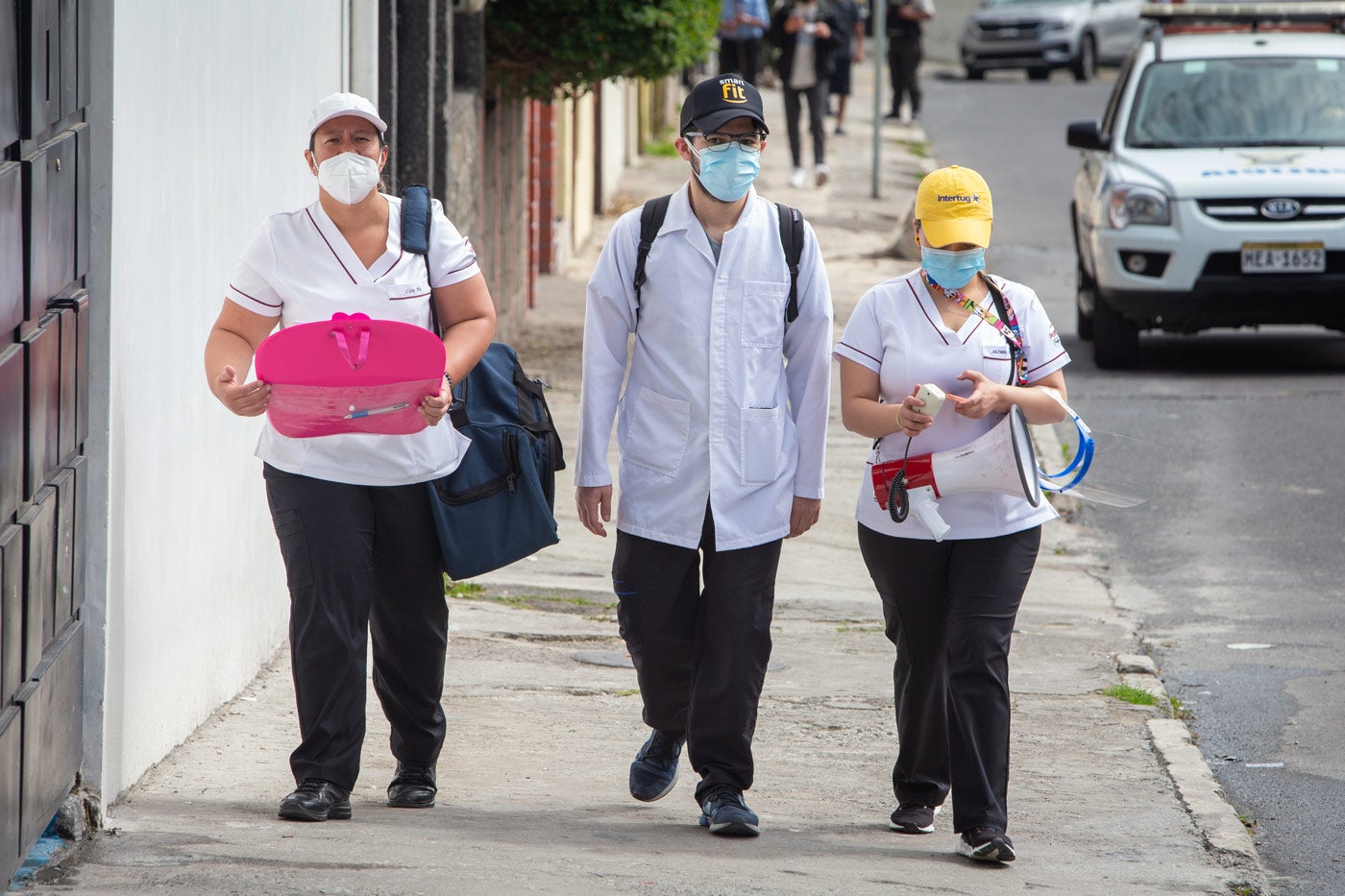 It was 1955 when Gonzalo Baquero Paret, just six years old, went to the pediatrician with his mother. He would be one of the first children in Quito, Ecuador, to receive the vaccine developed by Jonas Salk against poliomyelitis. Now, 66 years later, he remembers the experience as his first approach to not only medicine, but also to the specialization of pediatric neurology and above all, to the study of polio.

It is not the only image he holds about the disease. Doctor Baquero also remembers some of his classmates who had flaccid paralysis and had to walk with their limbs “full of iron.” Together with these children, years later and already in university, they would study polio to fight it, and why not, eradicate it. “I believe that if they give you the opportunity to not save a life, but millions of lives, and more if they are children of our country, it’s a unique opportunity” assures the pediatrician excitedly to justify his decision when choosing his career.

With satisfaction of the work, Baquero begins an account that dates to 1977. Back then, the Central University of Ecuador summoned him to join a group that traveled around the country to “convince” he says, high-risk population about the threat of polio. It was in those years that Ecuador began to provide vaccines against the disease. In love with that work, that job, and the experience, he was inclined to pediatric neurology. “Logically, immunizations are very important in the field of pediatrics and the pediatricians have a rather acute sense of sociality,” he says. One of his prides was participating in the first phase of the eradication of wild polio virus in the National Commission of Vaccines.

The 72-year-old doctor continues dedicating his life to combat and eradicate polio globally. His grain of sand left day by day, from 7 in the morning, when his workday begins with attention to his patients. In the afternoons he dedicates his time to teach neurology and to the Neurology Controversies program to which he has belonged for 15 years.

However, the work goes even further. As a part of the mission to eliminate polio, in 2015 he assumed the presidency of the National Commission for the Certification of Polio Eradication in Ecuador after receiving a call to join a group of experts on poliomyelitis. 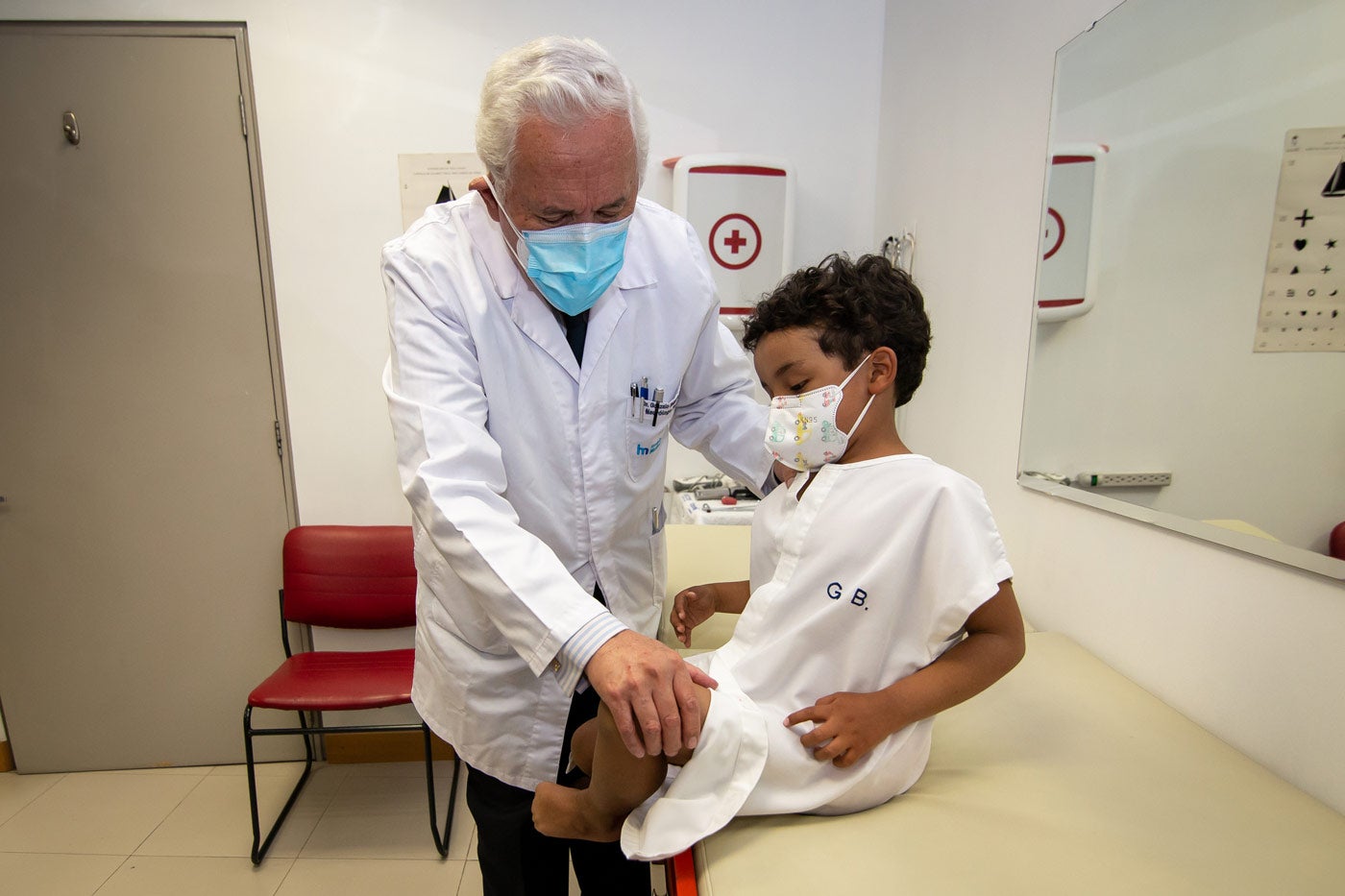 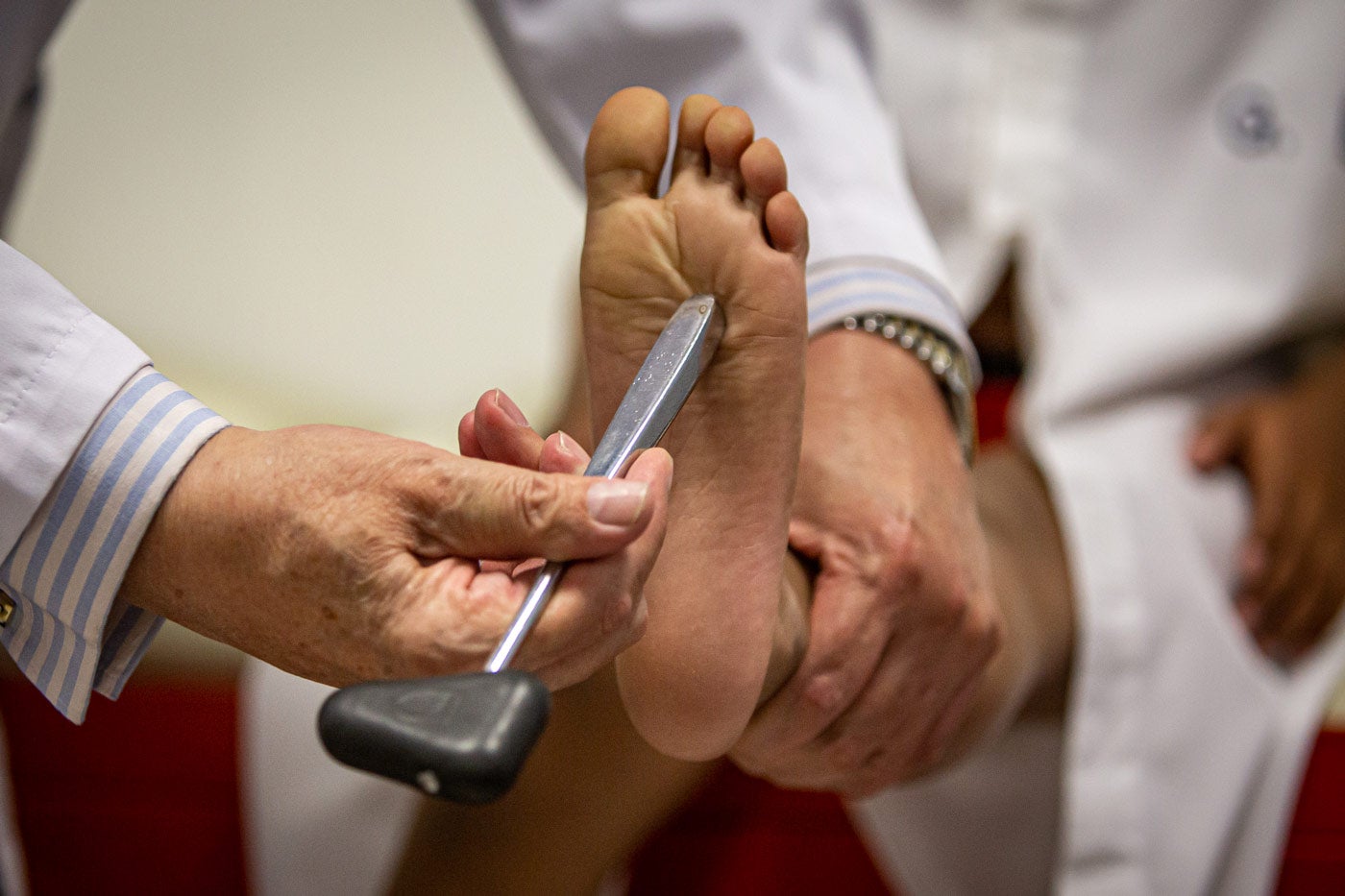 The work of the Commission in Ecuadorian territory

The work of the commission has a well-defined objective. It is a grouping of representatives from different areas of health who ensure that the country meets the requirements that it must implement in public health, immunizations, and containment to eradicate the disease. “Not only in the country, but in the Americas and in the world. If we don’t comply, it’s the world that in is danger of failing to eradicate, adds Baquero.

Meanwhile, for Dr. Adrián Díaz, interim representative of the Pan American Health Organization/World Health Organization (PAHO/WHO) in Ecuador, the work is notable not only at the national level, but also internationally. “The Commission not only fulfilled its role at the time the disease was eliminated in our region, but year after year. It is commendable, selfless work, because they are people who do it voluntarily, without payment, and they are independent professionals and of a high technical-scientific level,” he warns.

Thanks to the collaboration of the Ecuadorian Pediatric Society, the commission can have 80 national observers and 20 provincial directors. In addition to ensuring that the programs are carried out by the Ministry of Public Health are complied with, they are responsible for ensuring that private vaccination centers have the polio vaccine and meet the requirements for adequate immunization.

Poliomyelitis is a highly contagious neurological disease that mainly affects children and is produced by three types of polioviruses. It transmits through the fecal-oral route, which is to say, when the feces of an infected person get in the mouth of another individual, something that can happen through contaminated water or food.

Until 1990, every year the world reported more than 1000 children every day with flaccid paralysis caused by poliomyelitis. Now, cases are only reported in Afghanistan and Pakistan. The disease is highly contagious, and its symptoms are similar to the flu. In 1 of every 200 cases, the virus destroys parts of the nervous system. This attack causes permanent paralysis in the legs or arms. Additionally, poliovirus can also attack parts of the brain that help breathe, which can cause death.

The Americas region has not seen cases in the last 30 years. The last case, dated from 1991 in the Junín region of Perú. In Ecuador, the last person detected was in 1990 and lived in the Duran Canton, Guayas province.

But, although the elimination of this disease in the region is a milestone, Dr. Diaz warns about the fact that citizens have lost their sensitivity to the severity of the virus, something that together with the anti-vaccine movements poses a threat. Poliomyelitis still has no cure. That is why the efforts of the States lie in providing the necessary financing to vaccinate the child population and prevent the disease. “When is polio going to be totally eradicated? -Baquero asks-. Possibly in the next few years, but for that we all need to work together.” 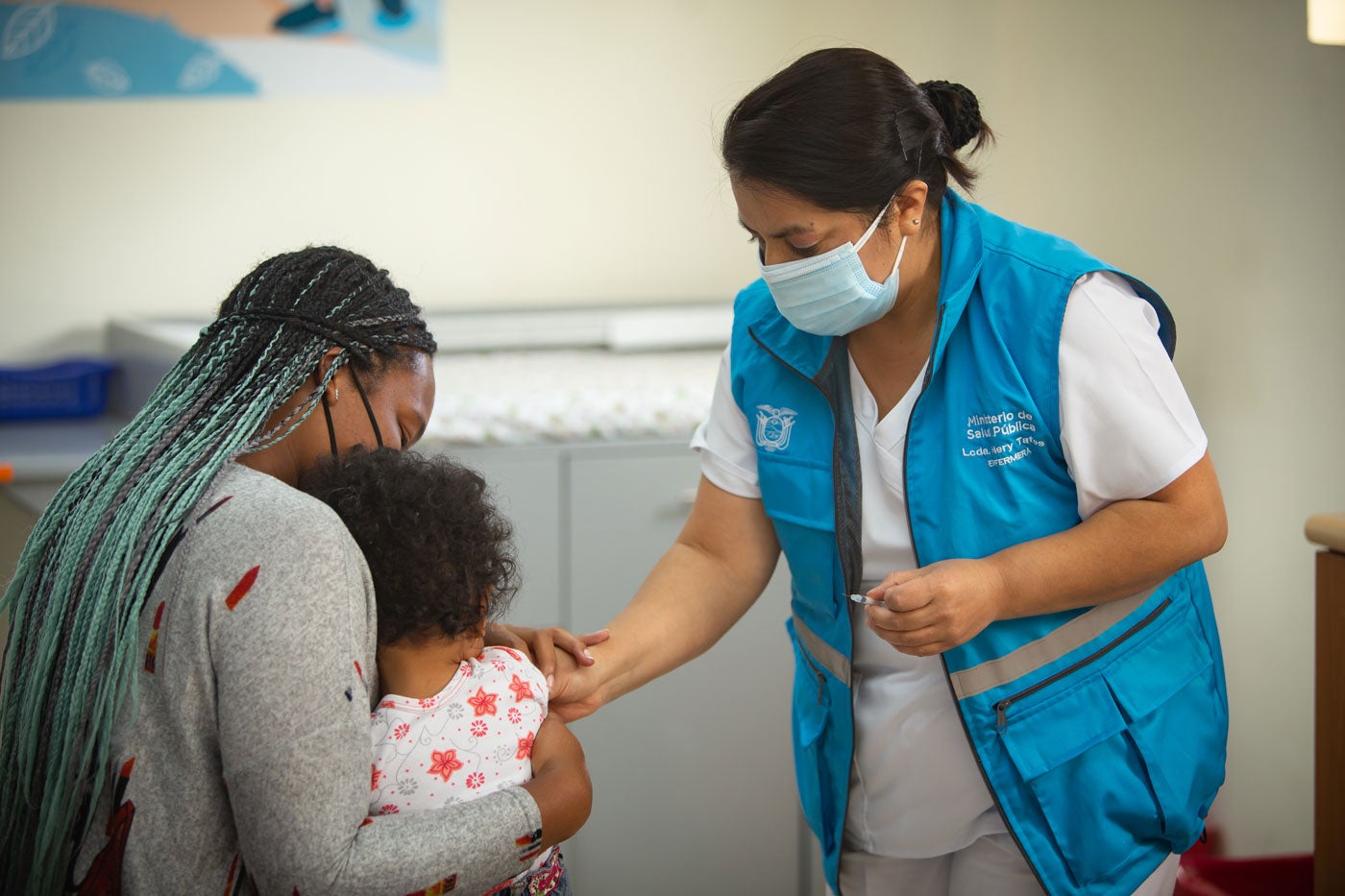 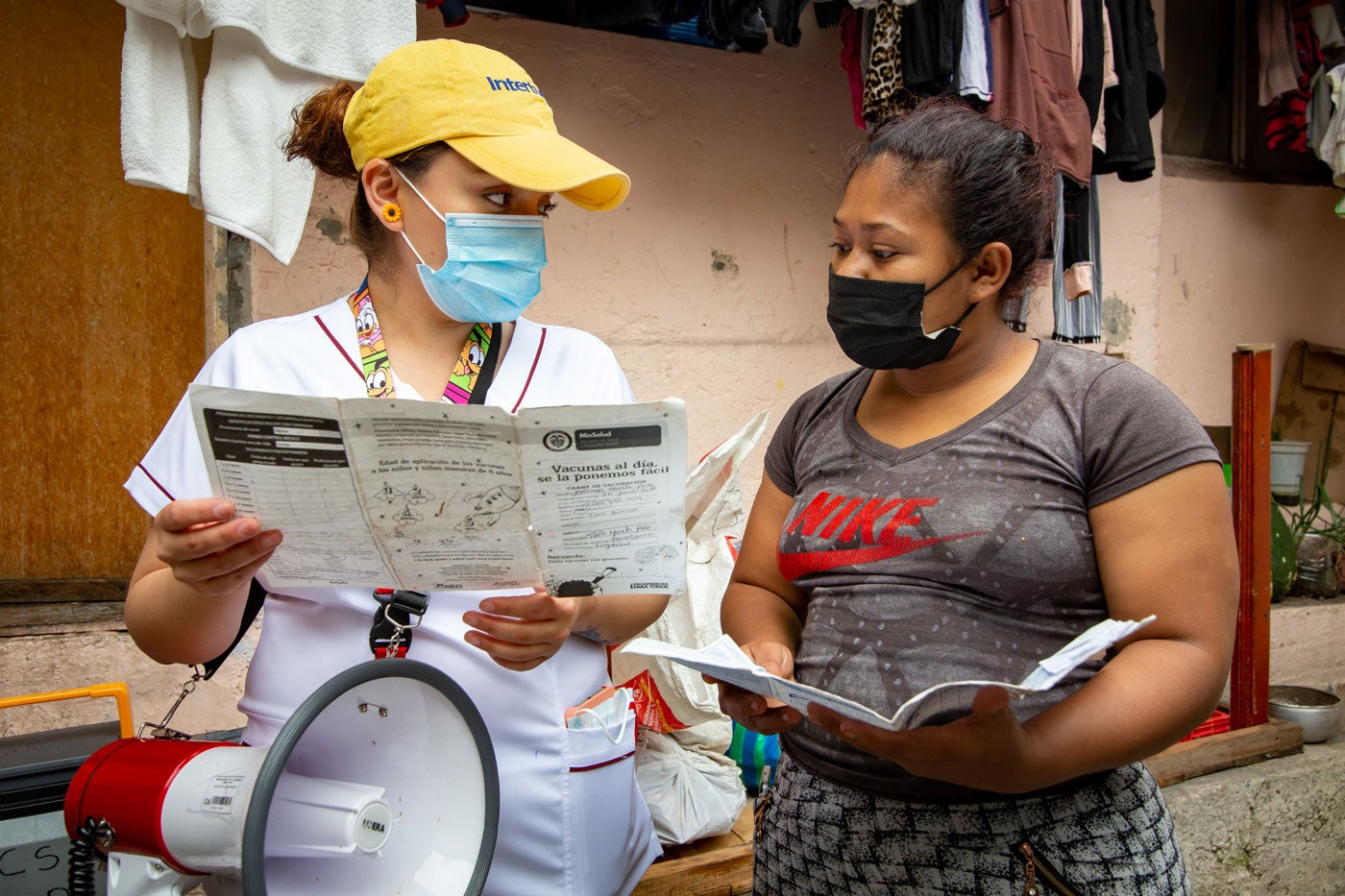